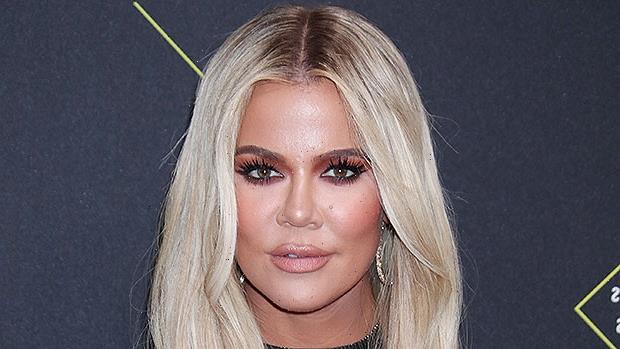 Khloé Kardashian rocked a new ‘do on her Instagram Stories on July 2. The Good American founder, 37, showed off her billowing hair extensions on Friday, rocking a black spandex crop top and leggings to match as she gushed about her new hair. The reality TV star also tagged hairstylist Ricky Mota and gave a fair warning to her usual hair artist Andrew Fitzsimons.

“OK Andrew, be careful, ’cause I just woke up and my hair looks like this,” she said, showing off her new look, which is truly the opposite of bed head. “So Ricky, you are killing it.”

Later, Khloé showed off the new ‘do again in a separate IG Story that also featured her daughter True, 3, whom she shares with ex Tristan Thompson. In the video, the duo have a little dance party in the bathroom and rock matching black outfits.

The new ‘do and dance party follow reports that Khloé and Tristan, 30, split last month. A source told Page Six in late June that the two have decided to amicably split. “They’re getting along. There is no drama,” the source told the outlet. “Everything is amicable and they are on the same page with co-parenting.”

The two have been linked since August 2016 — and the on-again, off-again relationship has weathered many storms. After welcoming daughter True in April 2018, the couple split in February 2019 after reports circulated that Tristan had kissed Kylie Jenner‘s best friend Jordyn Woods at a party. The duo briefly rekindled their romance last year during the ongoing pandemic quarantine before calling it quits last month.

Despite the split, Khloé and Tristan appear to be on good terms. During the Keeping Up With the Kardashians reunion that aired on June 20, Khloé said she has forgiven both Tristan and Jordyn for kissing each other. “I personally don’t talk to her, but I think she’s doing really well in her personal life,” she said of Jordyn, adding that she doesn’t “have any grudge against” her.

“I think people make mistakes, people live, and they learn and I forgive both parties,” Khloé said. “How could I forgive Tristan and not Jordyn? That sounds asinine in my opinion.”