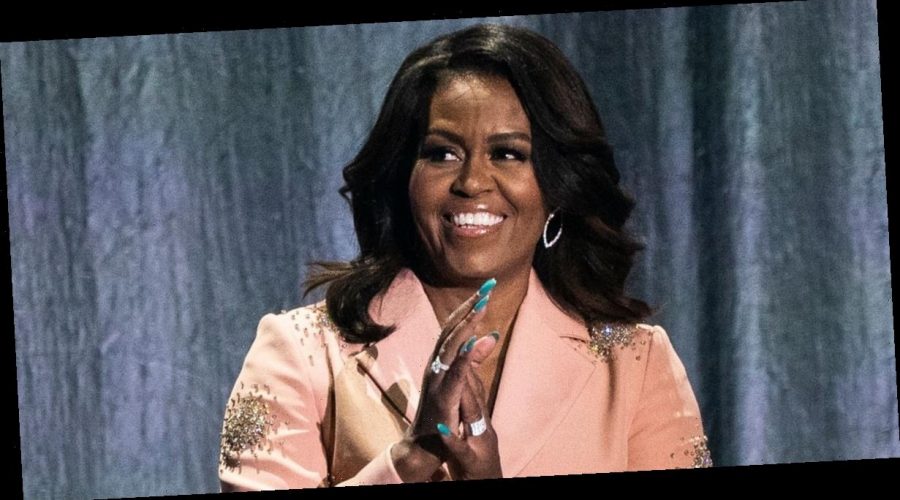 During Michelle Obama’s recent appearance on Kelly Clarkson’s talk show, The Kelly Clarkson Show, she spilled all of the details on what it’s like having her two daughters, Sasha and Malia, home from college due to COVID-19 — including who initially had a tougher time as an empty nester between her and Barak Obama. “Oh, my husband,” Obama responded without a second of hesitation. The reason is pretty relatable: Sasha, 19, and Malia, 22, love to steal their mom’s makeup.

Obama went on to joke that she not only “spent all the time with them” during her husband’s presidency but now that they’re back home, she also can’t get them out of her closet. (Given our own obsession with Obama’s beauty routine, we can’t say we blame them.)

“He’s also a man, so they’re not borrowing his makeup,” Obama said to Clarkson on the show. “I can’t find anything with these little women in my house. You know? They’re always sneaking into my room, and I’m like, ‘What are you doing? What are you taking? Put that back.’ They don’t put things back.”

Once Clarkson was able to control her laughter at Obama’s candidness, she responded, “I love it — you’re literally every mom. That’s awesome.” If only she’d spilled what are Malia and Sasha’s favorites from her beauty stash . . .

29/03/2021 Beauty Comments Off on Michelle Obama's Daughters Love to Steal Her Makeup: "I'm Like, 'What Are You Doing?'"
Lifestyle