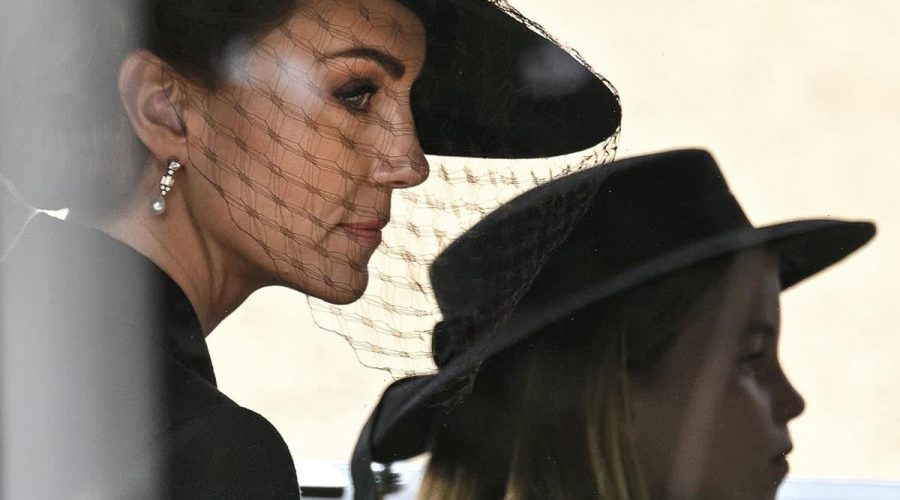 Prince George and Princess Charlotte attended their great-grandmother, the Queen’s funeral on Monday and many remarked how well the nine and seven-year-old behaved.

All eyes were on Charlotte as she first entered Westminster Abbey. Wearing her black Ancar coat, little shoes and of course, her hat that she chose as a mark of respect, just like her mother’s, it was a lovely sight to see. Many also loved the fact she wore a stunning diamond brooch in the shape of a horseshoe pinned to her left lapel – a nod to the monarch who adored horses.

WATCH: Prince George and Princess Charlotte walk between their parents at Queen’s funeral

Photographers took a great image of Charlotte gently flipping her hair, a pose that the Princess of Wales often does. Kate’s mane is one of her best-loved physical features, and she often gently flips her hair back.

To see Charlotte doing the same was uncanny, and a touching moment during what marked a difficult day for the royal family.

Charlotte and her brother, Prince George remained impeccably behaved through a long and solemn day as they bid farewell to their beloved “Gan Gan”. 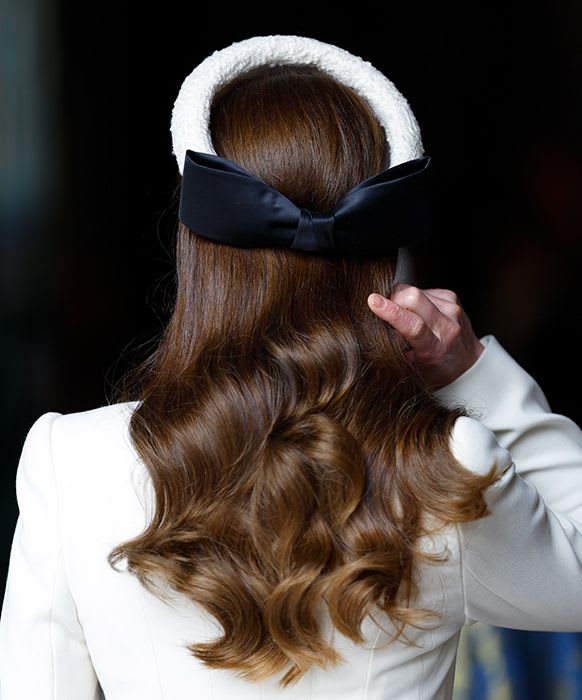 Kate is known to flip her hair too!

The royal siblings, great-grandchildren of the Queen, were among 2,000 guests at her state funeral and were the youngest members of the royal family to follow the Queen’s coffin through Westminster Abbey.

As the young royals followed their great-grandmother’s coffin, flanked by their parents, Charlotte held her hands clasped in front of her, while George had his arms by his side

At the committal service in Windsor, TV cameras gave only a few glances of the siblings, who remained well-behaved despite their young age.

Charlotte was seen exchanging a few words with the Dean of Windsor as the family left the chapel and was ushered to a waiting car. Her younger brother, Prince Louis, was not in attendance.