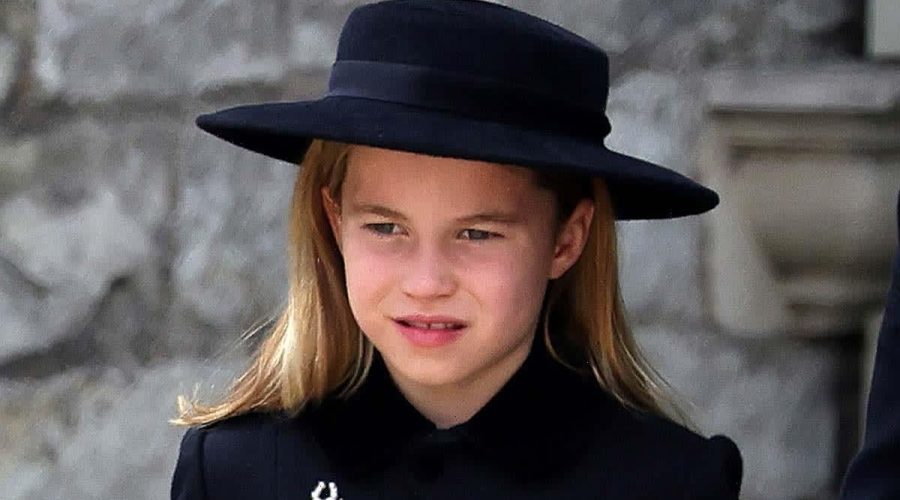 With the eyes of the world watching their family go through the utmost grief, it must have been an incredibly daunting situation for Prince George, nine, and Princess Charlotte, seven, who paid their respects to their great-grandmother yesterday, both at Westminster Abbey and her committal service at St George’s Chapel in Windsor.

WATCH: Princess Charlotte tells her brother how to bow for the Queen’s coffin

With Prince William and Princess Kate’s youngest child, Prince Louis, being deemed too young to take part in the momentous occasion, the responsibility fell to their two eldest children to behave appropriately at the historic event.

MORE: How Princess Kate reassured her children during heartbreaking funeral

The Princess followed in her mother’s footsteps

One adorable moment in particular between the siblings was spotted by eagle-eyed royal fans. The pair were in Wellington Arch following Her Majesty’s funeral procession from Westminster Abbey, where Charlotte, could be spotted telling her big brother that he needed to bow as the Queen’s coffin passed them.

The pair were filmed exchanging words as they waited for the coffin to be placed onto the royal hearse, where Charlotte can clearly be seen saying: “You need to bow” to George, who appeared to be listening to his sister intently.

MORE: 21 times royal children were caught being naughty in public

RELATED: Where was Prince Louis during the Queen’s funeral?

Reacting to the sweet moment, it became clear the duo’s maturity and composure at their great-grandmother’s funeral left royal fans in agreement – that the royal children are “mature beyond their years”, with Princess Charlotte showing particular compassion for her older brother George.

“Charlotte is a very intelligent little Princess,” said one, as a second royal fan penned: “She is wonderful, I think she’s growing to be a very elegant and strong young lady.” 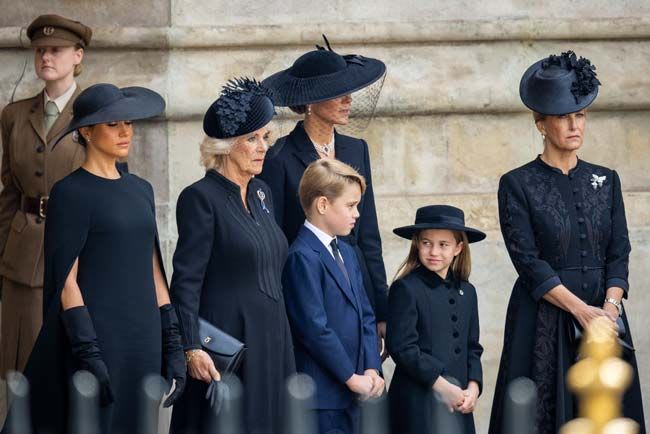 Charlotte and George were impeccably behaved at the poignant event

“Princess Charlotte is beyond her years,” read a third comment on TikTok which accumulated nearly 18k ‘likes’ from royal fans in agreement.

“Charlotte always takes care of [George] even though she’s younger, she’s like his rock,” added a fourth.

On Monday, parenting expert Jo Frost, AKA Channel 4’s Supernanny, also praised the Waleses for their excellent influence on their royal children’s remarkable behaviour despite their grief. William and Kate must be so proud.