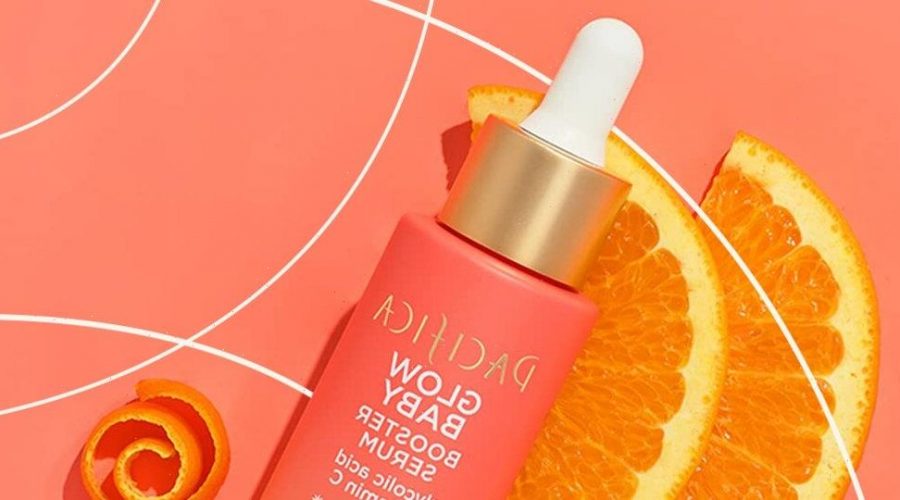 Vitamin C serums are everywhere. But it's hard to get behind the hype when you haven't found one that works for your skin (pan to your bathroom shelf, full of the different ones you've tried). If you're still on the hunt for your holy grail vial, consider trying a fan-favorite glow booster — in both name and results — that goes beyond just one star ingredient.

What sets Pacifica's Glow Baby Booster Serum apart from the legions of other vitamin C serums is the addition of glycolic acid, an alpha hydroxy acid that "has two major effects on the skin," explains Dr. Loretta Ciraldo, MD, FAAD, a Miami-based board-certified dermatologist and founder of Dr. Loretta skincare. "First, it unglues cells from each other so it helps to unclog pores, minimize acne, [and] lessen excess pigment that is stored in dead cells. The second benefit is that it seems to increase collagen production, making it an effective anti-wrinkle ingredient."

Of course, vitamin C is also a major part of why this formula is a go-to for reviewers. The antioxidant is beloved for a multitude of reasons, which makes sense seeing that it's one of the "best-studied of all topical active ingredients for both anti-aging and hyperpigmentation benefits," according to Dr. Ciraldo, who also mentioned, "It is necessary as a coenzyme in the production of collagen so it helps to firm skin and lessen the appearance of lines and wrinkles."

Dr. Ciraldo adds that the antioxidants it contains can fade dark spots and minimize sun damage from UVB rays, too. According to Amazon reviewers, that all holds true for this serum. "Dark spots are gone, I have a glow now, and my skin is visibly smoother. I'm coming back for more!" wrote one shopper. "What a great little price point for such a powerful product," another fan added. "This really gives your face a glow and a lift."

Shoppers have noted that the bottle lasts an impressively long time because you only need a minuscule amount of product to see a difference. "One tiny little drop covers your entire face!" explained one, echoing reviewers' general consensus. Another wrote, "After applying one drop of the Pacifica Glow Baby Booster Serum you can see what a big difference it makes. [My skin] looks more moist and glowing!"

The texture is lovely as well, dodging any tacky residues that come with other serums. "Soooo hydrating and doesn't leave my face oily or sticky," said a shopper. "It gives my skin the perfect healthy glow." Someone else found their makeup-free glow to be quite impressive: "It's like my skin is literally glowing to the point my daughter thinks I've got highlighter on lol."

Just be sure to wear sunscreen (like always), as Dr. Ciraldo notes that glycolic acid can make your skin a touch more sensitive. And, while you're at it, keep your product out of the sun and heat, too, as it can oxidize and ruin its potency. "Once it oxidizes, vitamin C is less effective and gets converted to dehydro ascorbic acid (DHAA), which doesn't have the same benefits as vitamin C (L-ascorbic acid)," says Dr. Ciraldo.

If you're someone who has yet to fall in love with a vitamin C serum, you might as well opt for a supercharged formula like Pacifica's that can do more than the standard. Plus, you can't go wrong with anything that smells like orange sherbet.