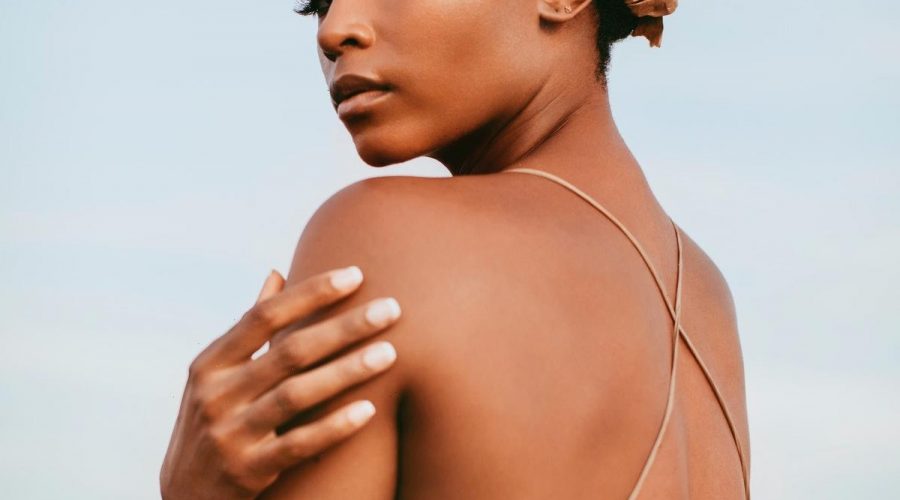 It’s about to be a big year for Yaya DaCosta. The actress and model (she almost took home the prize in cycle 3 of America’s Next Top Model, and would go on to grace the cover of W six years later) has staked her claim as a hardworking television actress, starring in six seasons of the hospital procedural Chicago Med (and appearing on the Fire and P.D. arms of the show’s universe). Now, she takes the lead role in a new Fox series, Our Kind of People.

Based on the book of the same name by Lawrence Otis Graham, Our Kind of People is a study of the Black upper class. In the series created by Karin Gist and produced alongside Lee Daniels, DaCosta plays Angela Vaughn, a mother from Boston who works as a maid on Martha’s Vineyard and later decides to live there permanently after her mother passes away, while starting her own haircare dynasty. “This is a journey of her learning about herself, learning about her mother and using this opportunity to grow her business in a way that she couldn’t have before,” DaCosta told me over the phone. “And she’s very hungry.”

Calling from North Carolina, where she is currently filming the first season of Our Kind of People, which premieres September 21, DaCosta opens up about giving her creative input to develop her character’s look as a hairstylist and the best tips she’s learned over the years for taking care of herself—both on and off set.

Were you aware of Martha’s Vineyard’s history as a destination for the Black “elite” before signing on to the project?

I actually did hear about Martha’s Vineyard, but that’s because I went to certain schools where other children and young adults would spend their summers there with their families. I’m from Harlem and my parents were educators; their four children had to go to the best schools, it was a huge priority for them. I’d heard about communities that were affluent and didn’t survive—you can Google “Black Wall Street” or look up some of the towns that had entire functioning infrastructures all over the country and were burnt down by racists eradicating entire communities. There’s a lot of history that can be spoken about when talking about the “Black elite” and how small and “unheard of” it was, because that’s what was intended by oppressive people and systems in this country.

Your character Angela is trying to establish herself and her haircare business. Were you involved at all in the creative choices that were made for that character, including different hair products that she might want to sell?

In the beginning, no, I wasn’t. Because of the pandemic, the creative meetings didn’t happen in person before I traveled to North Carolina to film. We’re still in the beginning of our process, and it’s wonderful to be seen as a collaborator now that those conversations and meetings are happening.

There’s so much we can do when we are researching something, but if it’s not your lived experience, research can only go so far. Now that I’m physically here and we’re getting to know each other better, I have been spending so much time developing and learning about my character that I can now say, “Actually, Angela Vaughn would like this more than that.”

You’ve worked not only as an actress, but also as a model for many years. Whether in production for a show or preparing for a photo shoot, what’s the best piece of beauty or hair care advice you’ve ever received on set?

I didn’t model for long, maybe three years, but I did pick up tips and tricks that work for still images. Those are not the same tips and tricks that work for a moving camera. Why? Because when you’re on the set of a television show, you’re going to work every single day and having to recreate the same look every day. If you have curly hair and you want to straighten it for a scene, once in a while it’s not a big deal, but if you’re doing that every single day, you are going to wind up with a lot of breakage and possibly no hairline. Same thing goes for applying wigs with glue. It has to be applied by someone who knows how to do it with different tips and tricks, whether they be pins or Velcro, because I care about the health of my actual hair.

How has your experience with getting your hair done on set changed over the years?

Over the years, we’ve seen a vast improvement in the people that we look up to, especially Black actresses and models who didn’t necessarily always have the best support, or sets that didn’t have people who knew what they were doing with textured hair. Historically and even recently we would go to someone we knew or to someone in our hometown that could prepare us to come to set. And then when we were on set, the person on set would just kind of tweak it, but the person on set would get the credit. The beautiful thing that’s happening now that I feel really proud to be doing is bringing those phenomenal artists and hairstylists that we’ve trusted for so many years to care for our actual, real hair to these projects. Chioma Valcourt has done my hair and prepped me for jobs for many years, she’s a creative genius.

Angela Vaughn is a hairstylist, and just like many of those in her profession, she changes up her hairstyle each episode. What are some of the tricks you use to protect your hairline when you’re changing it up so often on set?

Castor oil has been a great friend in terms of maintaining thickness, especially around the perimeter for my edges. When it comes to styling, I like to detangle my hair when it’s wet. I always brush from tip to root, working my way from the ends to my scalp. If you start at the scalp you could create more tangles. I take my time. If I need to have my hair braided for work, I’ll use combs and brushes, but sometimes if I’m not working I’ll detangle in the shower with my fingers. My hair likes being left alone when it can be. [Laughs.]

What are your go-to makeup looks?

I’ve gone through many different skincare routines, but moisture is my best friend. Not on television, because on camera you’re under a lot of bright lights and have to be powdered. But day to day, there’s been more acceptance of glowy skin recently, and even products that put sparkling or reflective substances in them because people want that glow. I naturally have really glowy skin, so that’s a plus for me. I don’t have to put too much product on my skin. I can just let it breathe when I’m off set.

What’s one beauty trick you’ve kept in your back pocket?

I remember being young in the early 2000s before fake lashes were a thing, I would put on mascara and my lashes are naturally very curly. Some of them would look like a full circle. Because of that, it would always be very difficult for anybody to put a false lash on me. So I would put on a layer of mascara, wait for it to dry, and add another layer and then press it down until it dried. It would kind of straighten out the lashes a bit. When I did that, people accused me of having fake lashes!

It’s so funny you say that, because the lash industry really is big now.

I later learned other ways to manage my lashes and ended up taking lash strips when I was at work on a set of any project where my lashes needed a boost. I cut them up into sections and then applied them underneath the lash rather than above the lash. I remember people thinking that was a little weird, and in the last couple of years there are companies that are actually marketing lashes in little strips to put underneath. I’m like, dang, I was doing that for years!

What’s your favorite form of self care?

I have so many. I love meditation. I have wonderful friends who have taught me different modalities that support me depending on what I’m dealing with. I’ll say, Hey, I’m feeling like I need more support in speaking up or I’m entering a new role that requires my throat chakra to be really strong. I have a wonderful friend in the Bay Area and she’ll send me a flower remedy made with floral essences—all those subtle things in nature can support us energetically in unexpected ways.

How long have you been meditating?

My parents taught me to meditate at around six years old. It’s been really, really beautiful to have a meditation practice, and when faced with adversity and heartache, it’s actually a necessity, especially given last year during the BLM movement, which is still going on. Now with this level of rigorous work and living in a world that is shifting very quickly, and power structures are being challenged and things that we’ve taken for granted are being traded out, there’s a lot going on. Being a sensitive person, I have to protect myself. All these things support me energetically to be able to show up and allow Angela Vaughn to be as fierce as she needs to be.