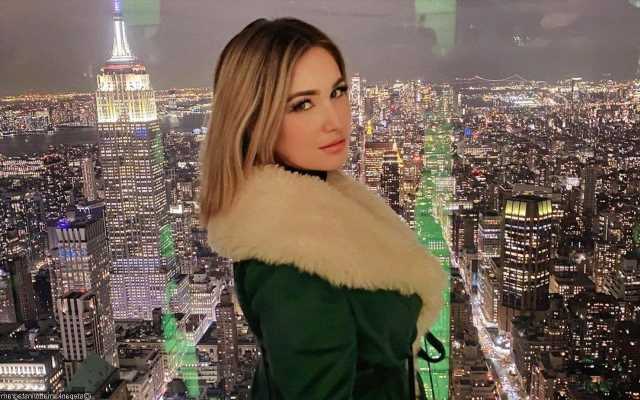 Recalling her recent hospitalization with heart attack symptoms, the reality TV star says she is forced to end her fart business after experiencing chest pains caused by gas-inducing beans and eggs.

AceShowbiz –Stephanie Matto is done selling farts. The former star of “90 Day Fiance“, who previously claimed she made $45,000 in one week from selling jarred-farts, reveals that she is retiring from the lucrative business after recent health scare.

In an interview with content-sourcing agency Jam Press, the 31-year-old recalled her hospitalization due to very intense chest pains. “I thought I was having a stroke and that these were my final moments. I was overdoing it,” she told the outlet, via New York Post.

“I remember within one day I had about three protein shakes and a huge bowl of black-bean soup,” she remembered what led to her hospitalization. “I could tell that something was not right that evening when I was lying in bed and I could feel a pressure in my stomach moving upward. It was quite hard to breathe, and every time I tried to breathe in, I’d feel a pinching sensation around my heart.”

“And that, of course, made my anxiety escalate. I actually called my friend and asked if they could come over to drive me to the hospital because I thought I was experiencing a heart attack,” Stephanie added.

After undergoing a battery of tests, including blood work and an EKG, Stephanie was told that her pain was the result of her steady diet of gas-inducing beans and eggs. “It was made clear that what I was experiencing wasn’t a stroke or heart attack but very intense gas pains,” she explained. “I was advised to change my diet and to take a gas suppressant medication, which has effectively ended my business.”

Seeing the silver lining, Stephanie said, “I think my family is relieved [about my retirement], and honestly so is my colon. The diet was never sustainable and there was always an expiration date.” She went on spilling on her next business venture, “I think it has opened a new door for me. I’m working on digital fart jar artwork at the moment.”

“I think everything happens for a reason, and although my fart-selling days are ending, I am going to save the money I’ve made and will put some into crypto,” she added. She also plans to donate a portion of her income to charity that supports gastric disorders.

Stephanie previously gained mixed reviews after bragging in a TikTok video that she sold farts in jars that cost $1,000 each. “Now, why do people buy my farts in a jar? I honestly think it’s because I have a really good personality, and also because I’m hot,” she claimed in November.

When responding to the backlash, she said in December 15 clip, “People judging me for selling my jarred farts. Them not knowing I’ve made over 100k and own a beautiful home and multiple cars.” The founder of X-rated subscription site called Unfiltrd added, “It’s a business.”