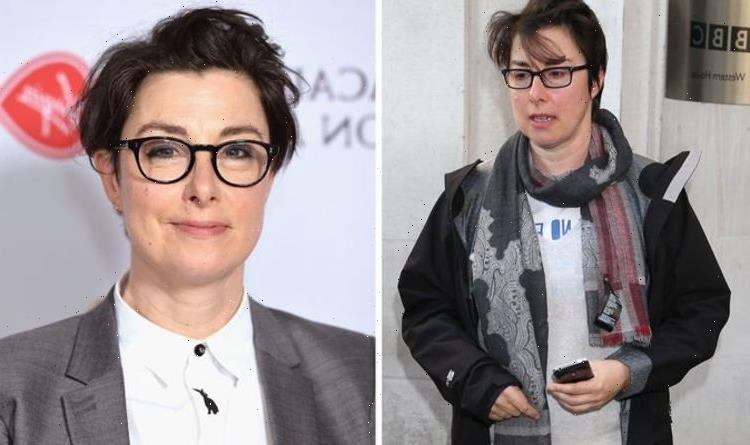 The Masked Singer: Sue Perkins on how identity is kept secret

TV and radio star Sue Perkins was diagnosed with a benign brain tumour in 2007. The 51-year-old presenter discovered the news following a health assessment she’d undertaken for BBC’s Supersizers, a TV programme she was working on at the time.

However, Sue did not speak of her condition in public until 2015.

In a new interview, the former Great British Bake Off host said she went through a “very dark time” after learning about the tumour, which is situated on her pituitary gland.

Examinations showed that the tumour had caused “epic destruction” on her body and had left her infertile.

She opened up about the long-term side effects during an appearance on BBC Radio 4.

“I have been through a very, very dark time since the tumour started to make its presence felt,” Sue said.

“It’s only really now that I consider the epic destruction this tiny little rice-shaped thing in my pituitary gland has caused.

“Sometimes it screws up my hormones. I have various tests now to make sure the side effects aren’t too onerous,” she previously said.

Sue’s diagnosis affected her ability to have children.

“I don’t know if I would have gone on to have children, but as soon as someone says you can’t have something, you want it more than anything,” she went on to add.

Sue, who recently separated from her long-term partner Anna Richardson, revealed in her memoir that a doctor said her diagnosis would be “easier” after discovering she was a lesbian.

In her book Spectacles, she noted the medical expert said: “Oh, OK. Well, that makes it easier. You’re infertile. You can’t have kids.”

“Does a lesbian not have a fallopian tube? Am I not human, and [am] I not somebody who could be a lovely, wonderful mother?” she wrote following the comments.

Sue, who found fame with her comedy partner Mel Giedroyc, was recently announced as the host of BBC Radio 4’s panel show Just a Minute.

She will follow in the footsteps of her predecessor Nicholas Parsons, who died in January 2020.

The presenter hosted the show, which is now in its 87th series, for over 50 years.

“I’m beyond delighted to be asked to host this most legendary of shows.

“Nicholas’s shoes are way too big to fill, but I shall bring my own shoes, and work my socks off in them to keep our listeners entertained,” she said of the appointment.

Over the years participants have included Sheila Hancock, David Tennant, Stephen K Amos and Victoria Wood to name a few.

The next series is due to air on Monday September 6.