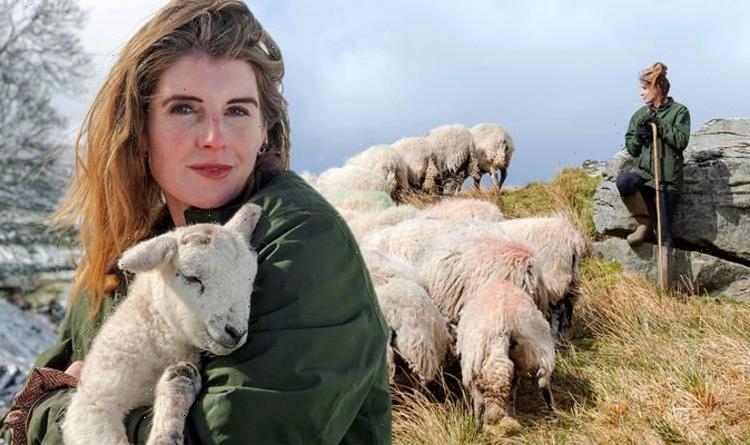 Our Yorkshire Farm star Amanda Owen has opened up about her rebellious streak that led to her farming lifestyle and eventual stint on her now-famous Channel 5 show. The Yorkshire shepherdess, 47, explained that moving to a caravan to follow her dream of rural life was the best way to “ruffle a few feathers”.

Our Yorkshire Farm has become one of the most popular shows about rural life on British television.

The Channel 5 show follows the lives of Amanda and her large family as they live and work on one of the most remote farms in England.

The Owens recently came back to our screens with a brand new series, which has attracted fans in droves since it first aired back in 2018.

The star actually developed a love of the great outdoors from an early age, despite being a “townie” by birth.

Amanda grew up in suburban Huddersfield and was “unremarkable” at school, by her own admission, but the nature lover always knew she wanted to be a hill shepherdess.

When asked in a recent interview by The Guardian whether there were many teenagers in Huddersfield in the late 1980s who dreamed of farming, she confirmed that she was quite unusual.

“No,” Amanda said, “There was an element of rebellion, I suppose.”

“But when everybody’s doing it, it doesn’t really make that much of a statement.

“So I guess it was a way of ruffling a few feathers and upsetting everybody,” she continued.

“Head off, go and live in a caravan in a farmyard somewhere and become a shepherd! So that’s what I did.”

Amanda once tried to break into the world of modelling like her mother, Joan, before pursuing a completely different path.

When asked if pairing fame with her shepherding career had ever occurred to her, Amanda explained that showbiz hadn’t really crossed her mind when pursuing farming.

“Absolutely never,” she confirmed, “Put it this way, if I was the life and soul of the party, and really enjoyed the company of lots of people, I wouldn’t have chosen to be [a shepherd]. So it absolutely is a turnaround like you would not believe.”

Amanda went on to admit that the word “famous” made her cringe and that filming her activities was just another form of “farm diversification”.

Now in its fifth series, Our Yorkshire Farm is Channel 5’s most-watched factual show ever with almost four million viewers each week.

The documentary series follows the lives of Amanda and her husband Clive Owen as they grapple with the everyday realities of farm living.

Despite Amanda’s aversion to the word “fame”, the family are often referred to as the Kardashians of the countryside.

Two nights ago, Amanda also made her solo debut without her family in tow on Channel 5’s Winter On The Farm, which saw the star go wild swimming in the freezing depths.

08/12/2021 Celebrities Comments Off on A way of ruffling a few feathers! Amanda Owen addresses rebellious move away from home
Lifestyle