Adele has graced an arena again, though this time she sat in the stands.

The singer attended Game 5 of the NBA Finals in Phoenix Saturday night. She sat courtside with Rich Paul, LeBron James’s agent, and watched the exciting game between Phoenix Suns and Milwaukee Bucks. At one point, she waved an orange towel as she cheered for the Suns, who lost to the Bucks 123-119, per People.

Adele wore a floor-length, black coat with white and tan splatters over a black top and leggings and black heels. She accessorized with gold jewelry, a french-tipped manicure, and a black mask. 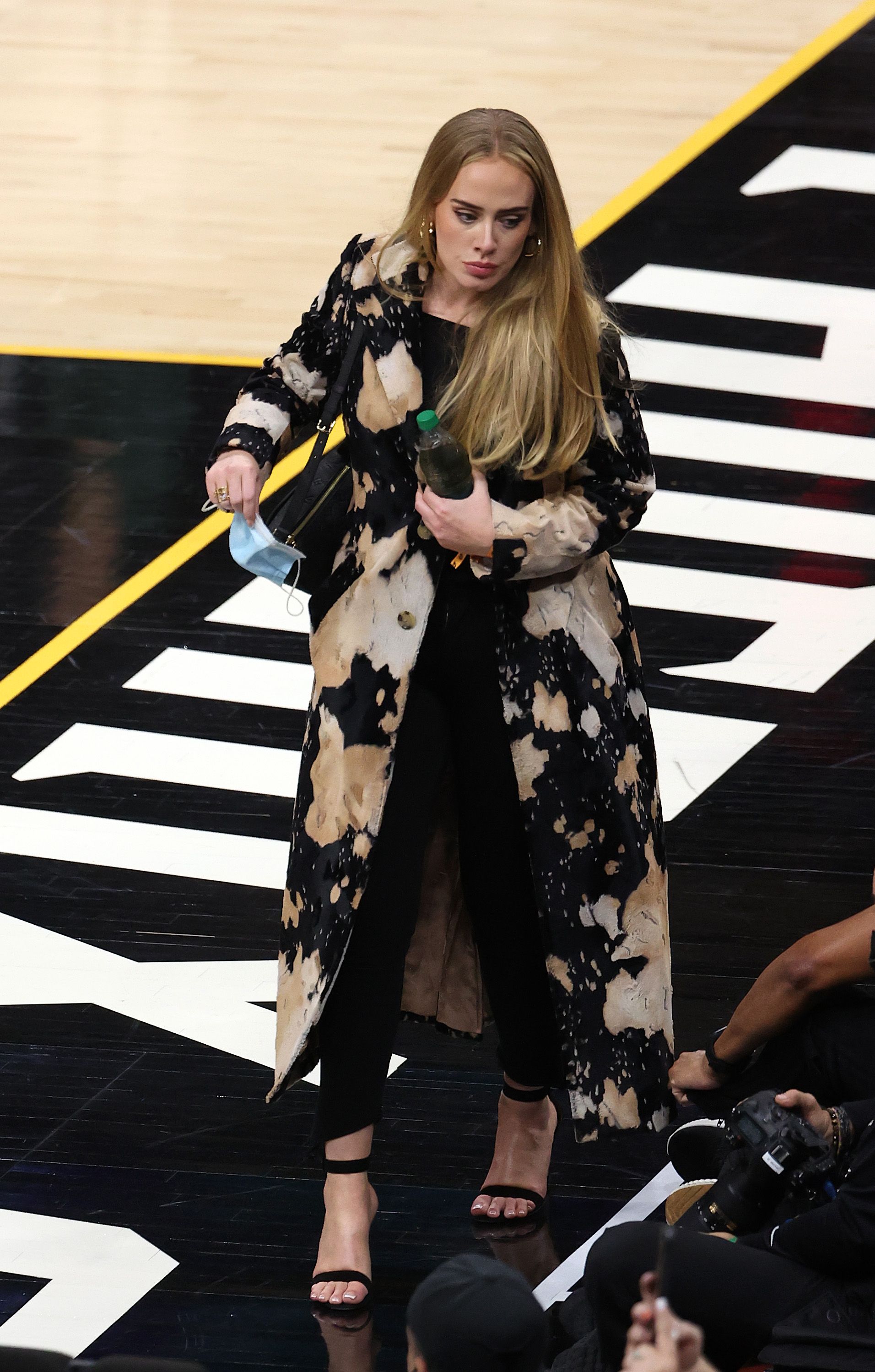 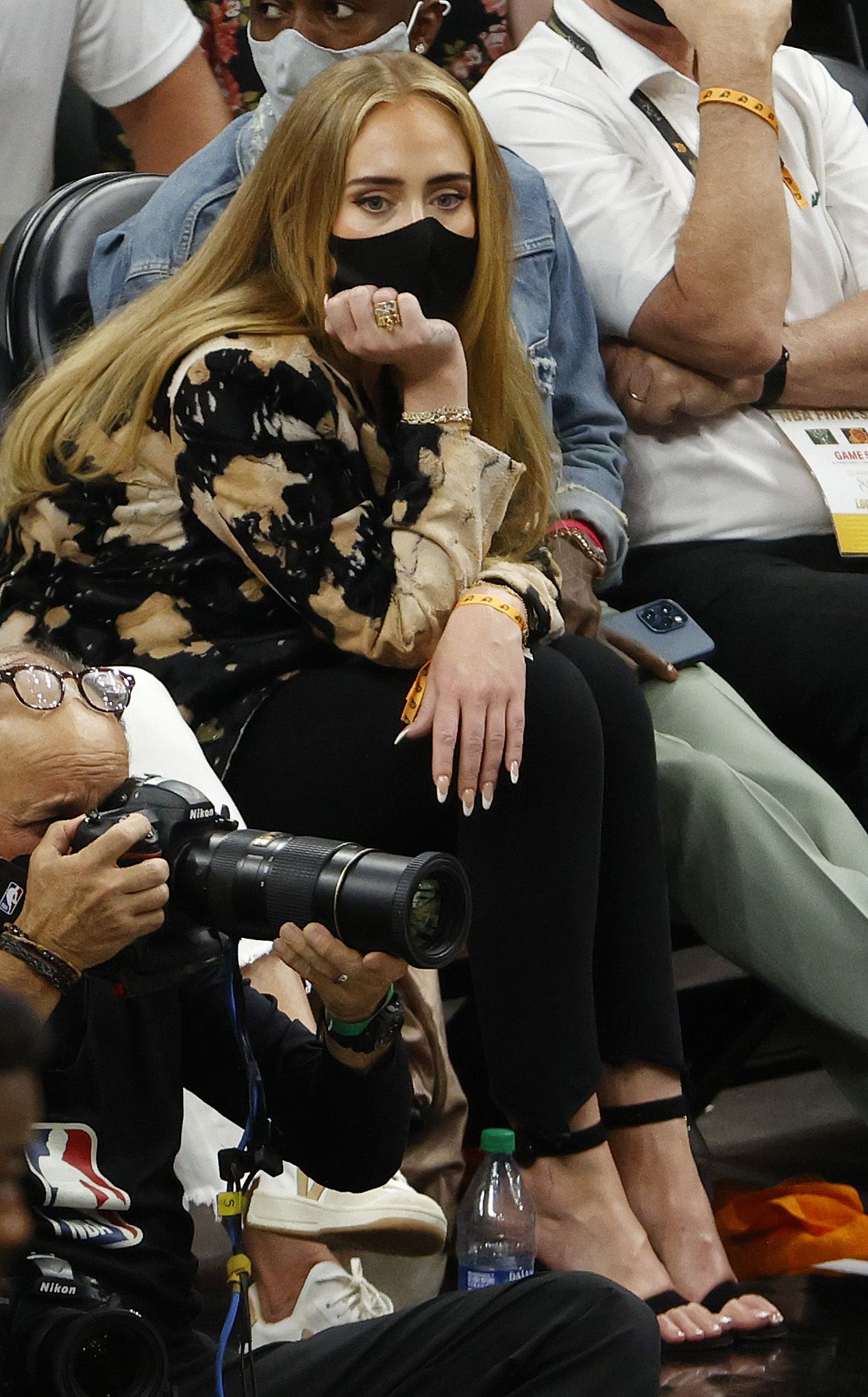 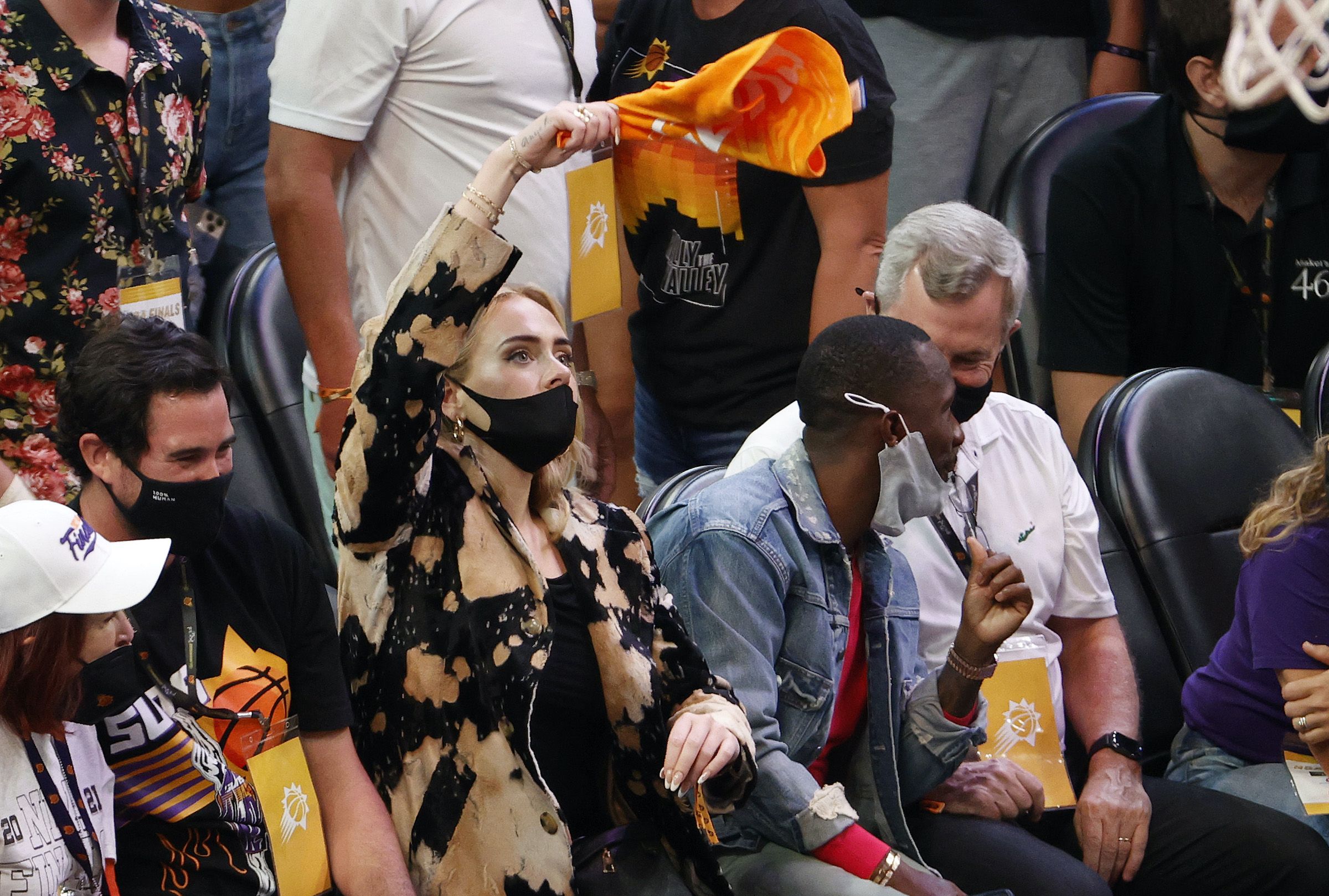 Saturday night’s game was the second weekend in a row that Adele showed her sporty side. The singer posted a picture of herself rocking a Team England shirt, and congratulated the soccer team on their performance in the Euro Final. “You did us so proud! You brought our game home and brought us all together 🏴󠁧󠁢󠁥󠁮󠁧󠁿 ♥️,” she wrote.

The singer was also seen out and about rocking a fabulous coat last April, when she wore a satin chartreuse robe with boa trim by LAPOINTE to Daniel Kaluuya’s Oscars after-party.

Adele has recently been spotted in public and posting more on social media, after ending a months-long Instagram hiatus when she posted in celebration of her 33rd birthday last May. The Grammy Award-winning singer is reportedly working on her fourth studio album, with a source telling E! last month that she has “spent months in the studio recording her new album,” and that “she is excited for the world to hear it.”