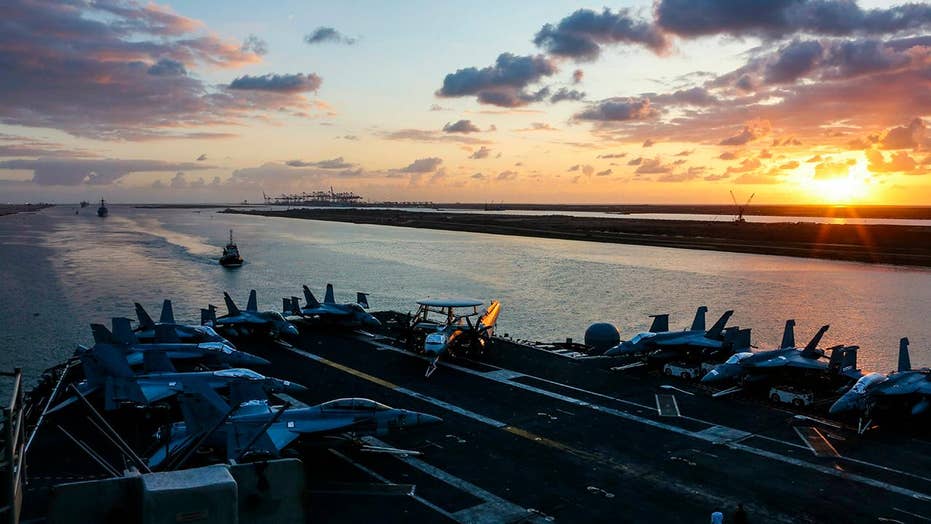 A U.S. bomber group is broadcasting its first apparent message to Iran after the Air Force sent it to the Middle East “to defend American forces and interests in the region.”

Images released by the U.S. Air Force Central Command show a nuclear-capable B-52H Stratofortress bomber taking off from a base Sunday in Qatar. The mission comes days after the Pentagon released a video showing the planes departing an Air Force base in Louisiana.

“This was the first mission of the Bomber Task Force deployed to U.S. Central Command area of responsibility in order to defend American forces and interests in the region,” it said. 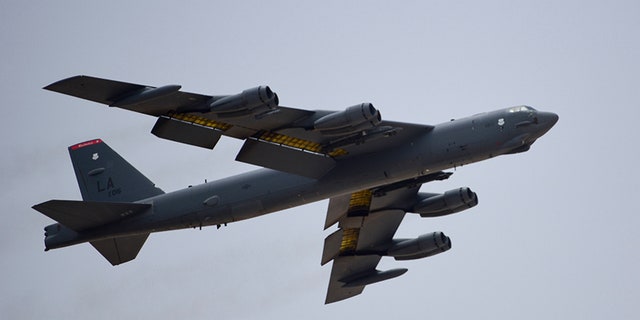 A U.S. Air Force B-52H Stratofortress bomber, assigned to the 20th Expeditionary Bomb Squadron, takes off from Al Udeid Air Base in Qatar on Sunday. 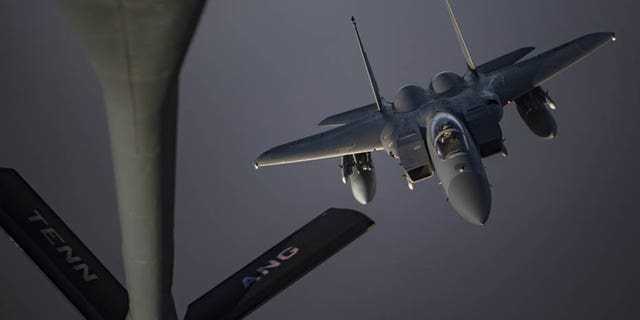 An F-15C Eagle prepares to receive fuel from a KC-135 Stratotanker from the 28th Expeditionary Aerial Refueling Squadron on Sunday at an undisclosed location.

The Bomber Task Force was deployed to the Middle East along with a U.S. Navy fleet in an effort to counter reported threats from Iran. 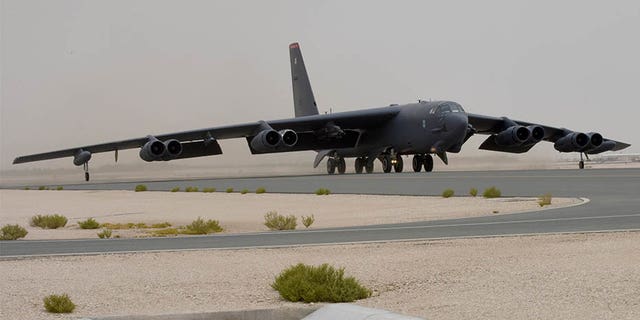 "Any attack on United States interests or on those of our allies will be met with unrelenting force," National Security Adviser John Bolton said last week. "The United States is not seeking war with the Iranian regime, but we are fully prepared to respond to any attack, whether by proxy, the Islamic Revolutionary Guard Corps, or regular Iranian forces."