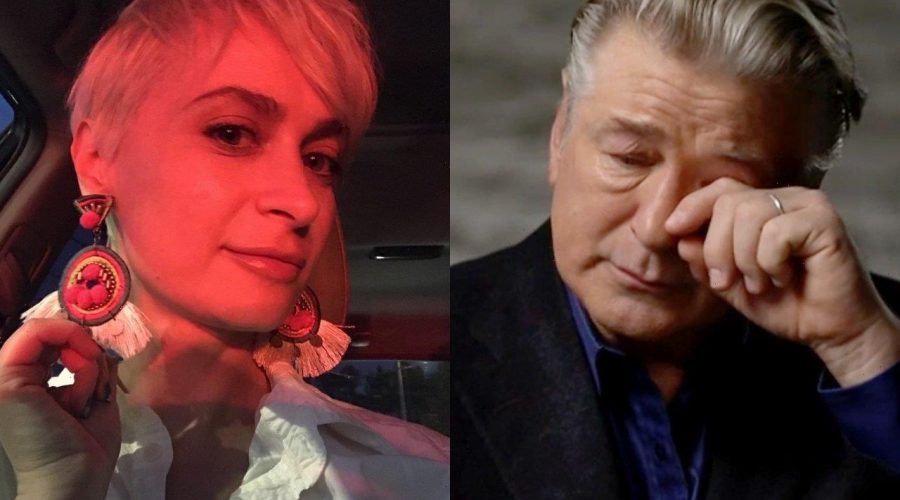 In a preview of his upcoming interview on ABC News, the ’30 Rock’ alum insists that he ‘didn’t pull the trigger’ and he has no idea how a live bullet got in the gun he used in the scene.

AceShowbiz –Alec Baldwin is reduced to tears in his first TV interview since “Rust” shooting. The actor has sat down with ABC News’ George Stephanopoulos to talk about the tragedy that killed Halyna Hutchins on October 21 and he was visibly upset when remembering the late cinematographer.

In a preview of the interview shared on Wednesday, December 1, the 63-year-old fought back tears as he described what kind of a person Halyna was. “She was someone who was loved by everyone who worked with her, liked by everyone who worked with her — and admired,” he said, before pausing as he closed his eyes with his hand. “Even know I find it hard to believe that” it happened, he added. “It doesn’t seem real to me.”

The three-time Emmy winner also said he has no idea how a live bullet got in the Colt .45 revolver that he used on the set. “Someone put a live bullet in the gun, a bullet that wasn’t even supposed to be on the property,” he said.

When asked by George if the shooting was the worst thing that had ever happened to him, Alec said yes, “because I think back and I think, what could I have done?”

The preview additionally teases other hot questions that were asked to Alec, including why he decided to speak up now, what he thinks when fellow actor George Clooney said that whenever he’s given a gun on set he would check it himself, and if he feels guilty after the incident.

The full interview will air Thursday night at 8 P.M. ET on ABC.

The “Rust” shooting is still under investigation. Alec was practicing drawing a prop gun when he accidentally shot Halyna, who was pronounced dead after taken to the hospital. Director Joel Souza was also injured in the incident, but he was discharged from the hospital one day after the shooting.