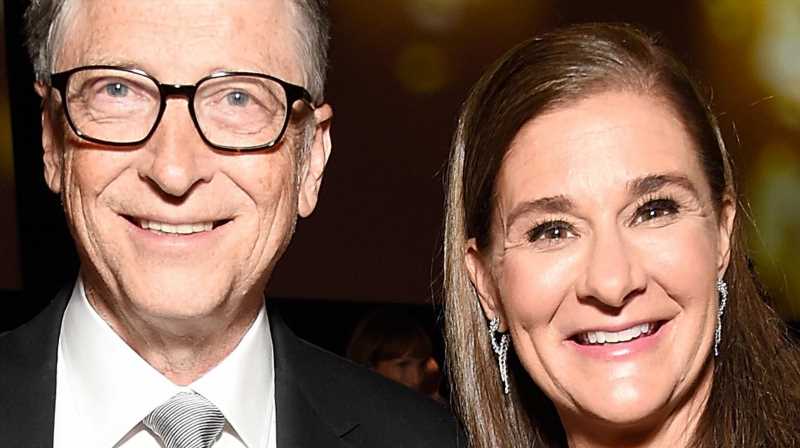 On May 3, Bill and Melinda Gates’ decision to divorce sent shockwaves through the entertainment and news industries. “After a great deal of thought and a lot of work on our relationship, we have made the decision to end our marriage,” the former couple shared in a joint statement via Twitter. “We no longer believe we can grow together as a couple in this next phase of our lives. We ask for space and privacy for our family as we begin to navigate this new life.”

In many ways, it was a surprising admission from the billionaire pair, who have been together 27 years since marrying on January 1, 1994, per TMZ. Bill and Melinda share three children and are known for running the eponymous Bill and Melinda Gates Foundation, which works to tackle some of the world’s greatest inequities. (Since 2000, the foundation has spent a whopping $53.8 billion, according to its website.) To the world, Bill and Melinda seemed like the classic committed couple, albeit one of the richest duos in the world. Leading up to the split however, it seems that there were plenty of signs pointing to trouble in paradise. Here’s a look at the signals that proved Bill and Melinda’s marriage was doomed.

Did Bill and Melinda Gates struggle to prioritize their relationship?

In 2019, Netflix dropped the docuseries “Inside Bill’s Brain: Decoding Bill Gates,” which delved into the couple’s relationship. In the final episode, Bill Gates was asked by the director about “one thing he’d wished he’d done [more of],” and his answer was surprising! “You know, thanking Melinda,” he answered. The response becomes even more telling when viewed in light of a 2019 interview Melinda Gates gave to the Sunday Times of London. Speaking of the pair’s struggles to balance work and family life, Melinda got candid about the challenges of marriage. “Believe me, I can remember some days that were so incredibly hard in our marriage where you thought, ‘Can I do this?'” she revealed. (Could it be she didn’t feel appreciated for the role she played at Bill’s side?)

While she didn’t elaborate on the hard times, sources close to Bill and Melinda shared that they found it difficult to balance their personal and professional lives. In “Inside Bill’s Brain: Decoding Bill Gates,” viewers learned that the billionaire once made a whiteboard list outlining the pros and cons of getting married. “Bill wasn’t sure he was ready to make that kind of commitment because he wanted to be married, but he didn’t know whether he could actually commit to it and run Microsoft,” Melinda said. The tug of war between these two spheres perhaps pushed the relationship towards collapse, as The New York Times reported.