From someone who’s not so Hollywood, Amal Clooney sure knows how to do glamor just like the movie stars. The esteemed lawyer attended Omega’s 50th anniversary celebration for the Apollo 11 moon landing in Orlando, Florida alongside her movie star husband, George Clooney.

The Clooney’s both chose Giorgio Armani for the occasion, as the designer is a long time friend of George. Amal wore a custom one-shoulder tiered fringe dress in an exquisite champagne hue. She added gold accessories to match, but included a pop of color with purple gem-stone earrings a bold red lip. Clooney’s hair in soft waves really sealed the deal on her Old Hollywood look. George looked very dapper in his classic black tuxedo. 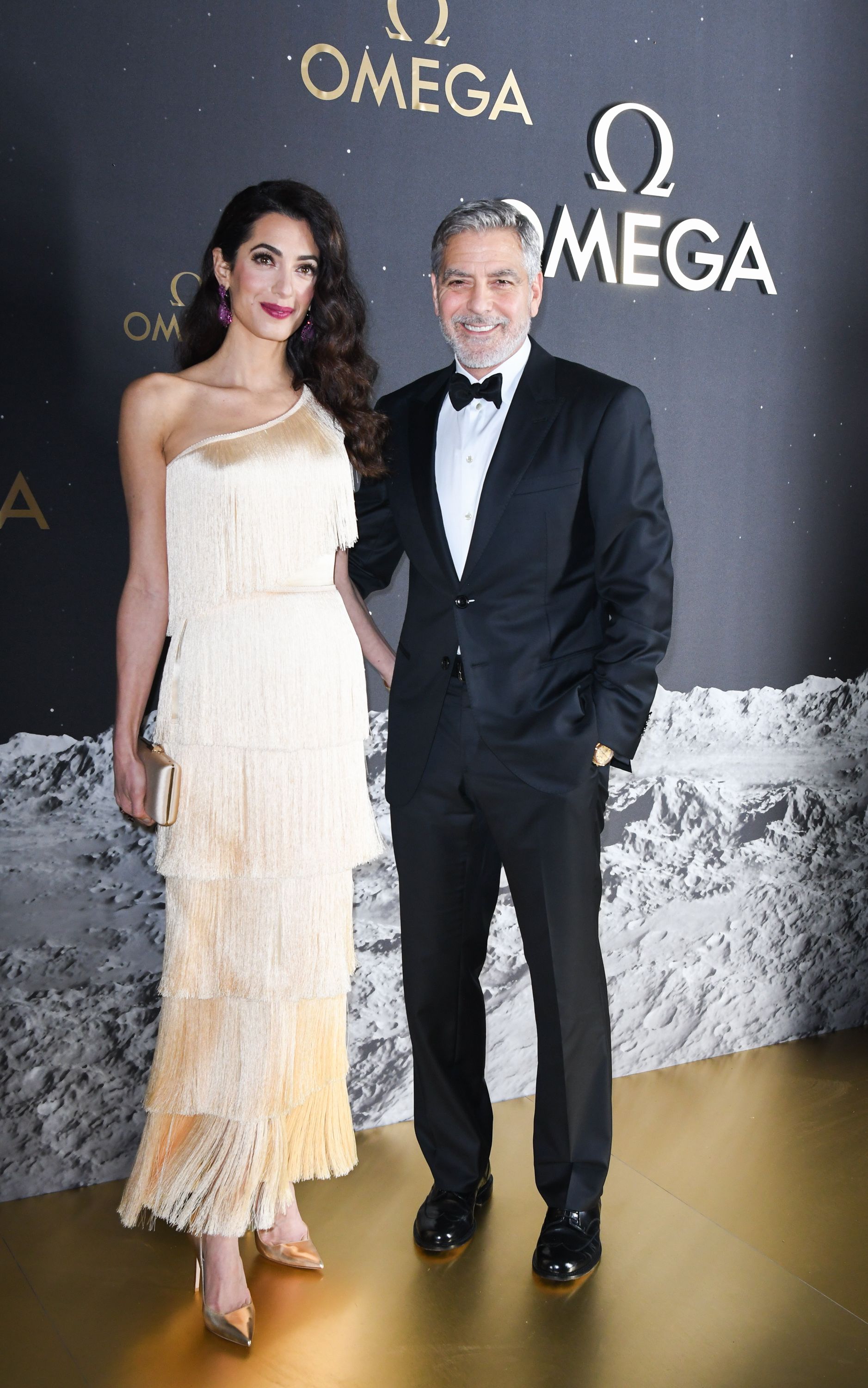 It’s been a busy week for the Clooney’s as George is currently promoting his newest project, a military-centric mini-series called Catch-22 for Hulu. The It couple just attended the Los Angeles premiere on Wednesday, May 8th. 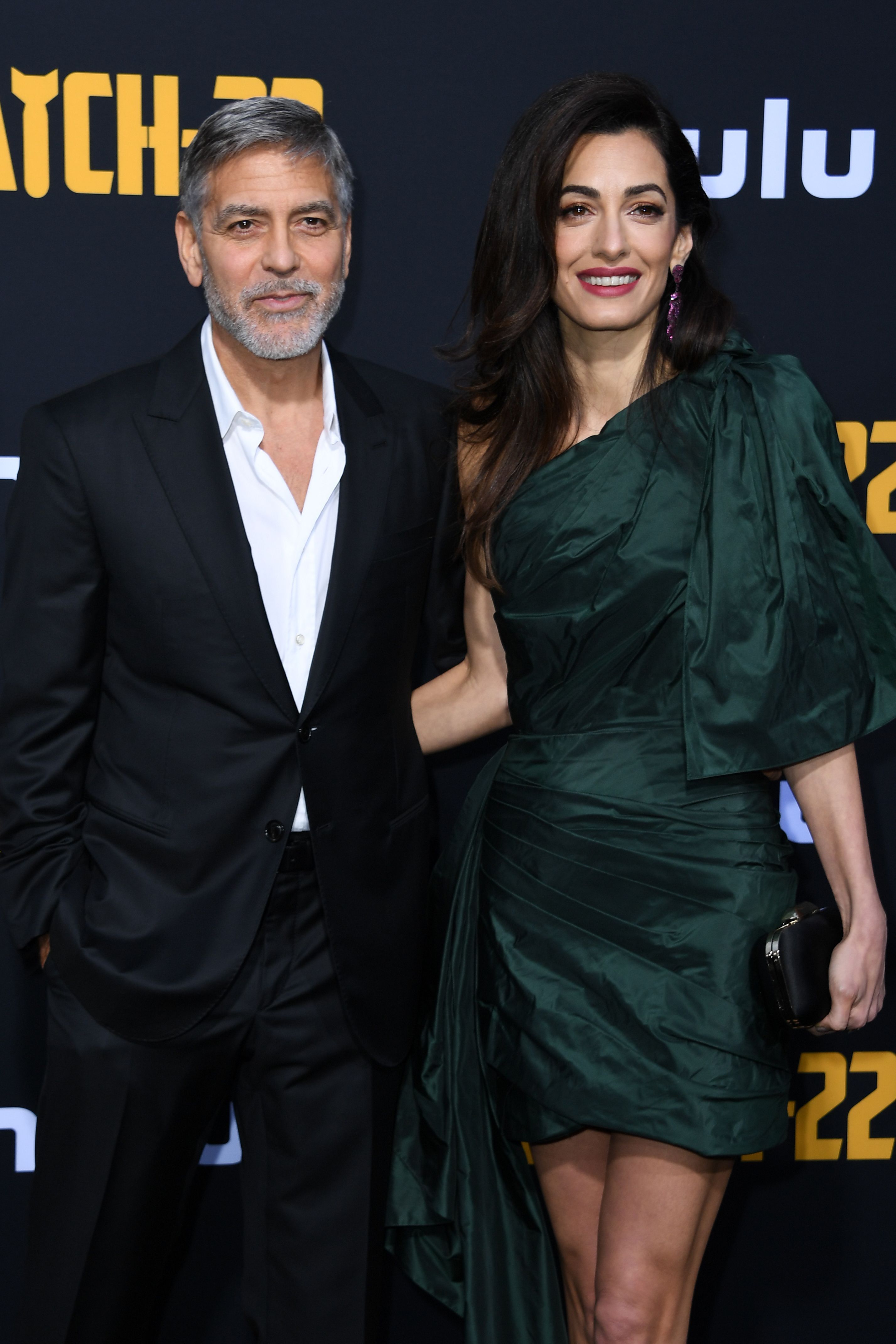 This week George appeared on The Ellen DeGeneres show to promote his new work, and gave a little insight into his family life with Amal and their twin son and daughter. “Here’s the scary part because they obviously got my wife’s brains,” he noted. “They’re not quite two and they can count from one to 20 in English and Italian. I’m still trying to do the English part,” the actor joked. Clooney also mentioned that their children are starting to pick up on their mother’s British accent. “I’ve got to fix that. That’s not going to happen,” Clooney told DeGeneres.

Surprisingly, George and Amal were absent from Monday’s Met Gala, one of the biggest nights in fashion attended by Jennifer Lopez, Kim Kardashian West, Gwyneth Paltrow and many more. The couple were in attendance last year, and in 2017. 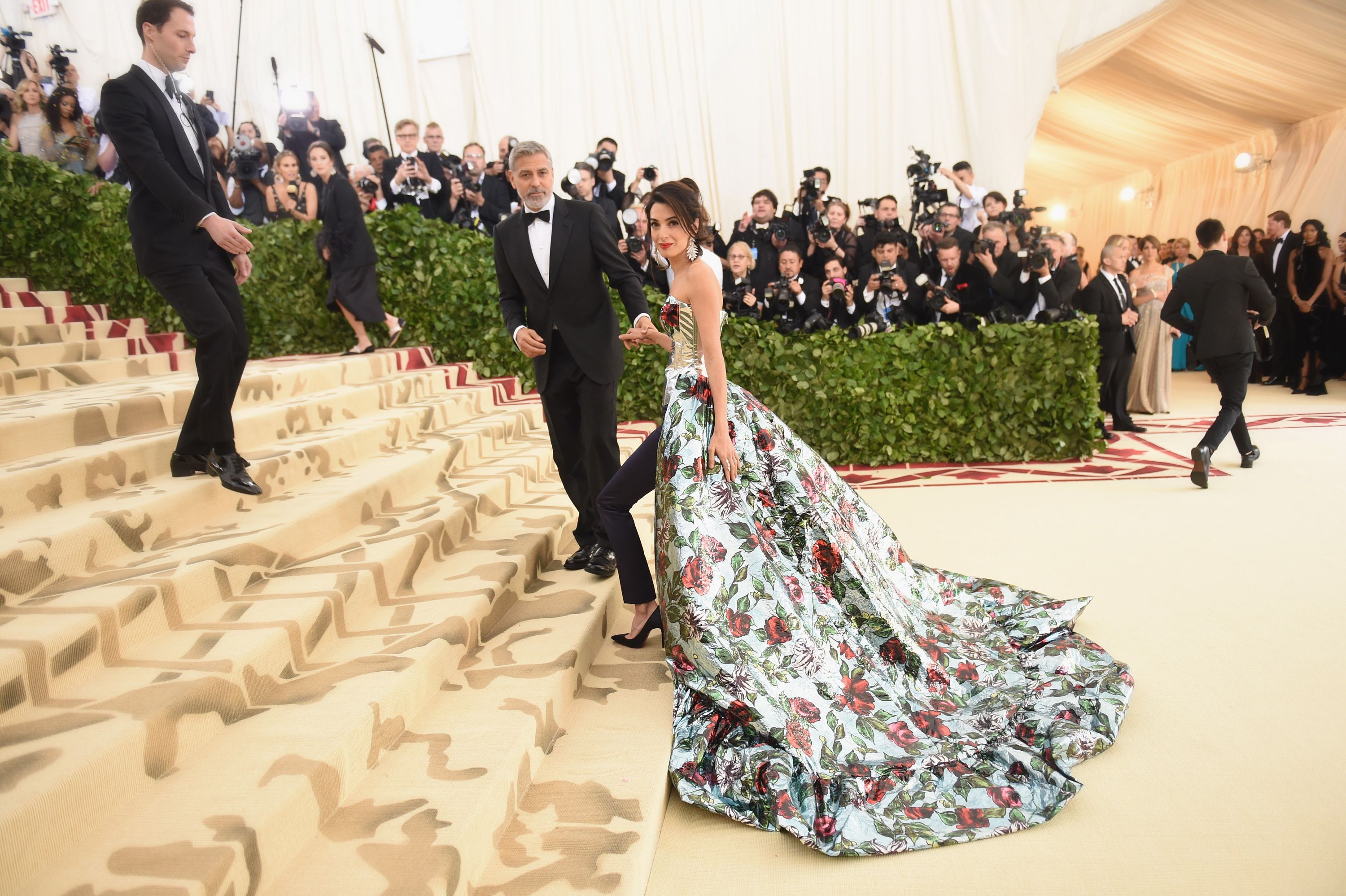