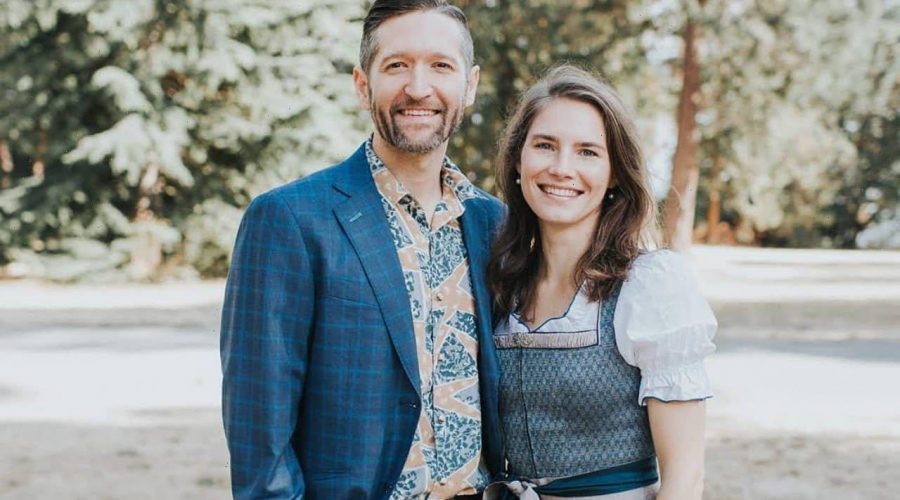 A month after revealing emotional trauma of her miscarriage, the ‘Waiting to Be Heard’ author announces her pregnancy with husband Christopher Robinson in the latest episode of her podcast ‘Labyrinths’.

The 34-year-old author announced the exciting news in the latest episode of her podcast “Labyrinths: Getting Lost with Amanda Knox”. “Oh, thank goodness! Yay, we did it!” the soon-to-be mom excitedly said in audio from the moment they got their positive pregnancy test result. “That’s right, we’re pregnant,” she and her husband Christoper shouted in unison, adding that they’ve been documenting their experiences “from day 1” and will share more of their journey to parenthood.

In July, the “Amanda Knox” star revealed that she suffered miscarriage in May, at six weeks of her pregnancy. The author, who was ultimately freed in the murder case of her roommate Meredith Kercher, was told that she “got pregnant very fast” after having an IUD removed.

Amanda shared that she and her husband had set up the nursery and a mural in the baby room. The couple also had chosen a name for their unborn baby. At a doctor’s visit, however, there wasn’t a heartbeat.

“That was confusing to me, because I thought, ‘Why would there be a dead baby just hanging out in there? If it wasn’t viable, why wasn’t it going away?’ ” Amanda recalled. “My body didn’t even know, and that felt weird to me… I didn’t know that you could have a missed miscarriage.”

Amanda went on to blame herself, saying, “Do I have bad eggs and I just never knew? Am I too old? Did something happen to me while I was over in Italy?’ ” She continued wondering, “If it’s not easy and you don’t know why, then anything could be the problem. It’s frustrating how little information you have at any point in the process.”

Breaking down in tears at the end of the episode, Amanda said, “I don’t know who that baby was. I don’t know if I’ll ever know. It’s a weird thought.” In a voiceover, she added, “We sat with the miscarriage for a while, trying and failing to be okay,” until she found a community of other women who’d gone through similar situations.