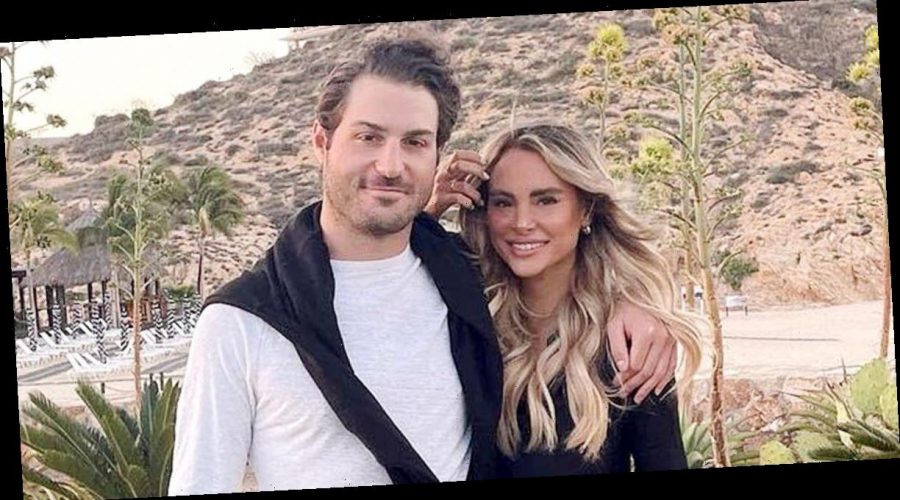 New flames! Amanda Stanton made her romance with boyfriend Michael Fogel official on social media as they celebrated Valentine’s Day together in Mexico.

“Happy Valentine’s Day from Cabo (because chips, guac & spicy margs are the way to my heart 🤪),” the Bachelor alum, 30, wrote via Instagram on Sunday, February 14. Fogel draped his arm over Stanton’s shoulders as they posed in front of cacti in Cabo San Lucas.

Lauren Bushnell, who appeared with Stanton on Ben Higgins‘ season 20 of The Bachelor in 2016, showed the duo love by dropping two heart eyes emojis in the comments.

The California native also showed off her new man in her Instagram Story on Sunday as they hit a bar with friends. “Valentine 😏,” Stanton wrote alongside a sweet couple’s selfie.

Stanton has faced her fair share of ups and downs in her dating life. Before appearing on The Bachelor, she was married to Nick Bounfiglio from 2012 to 2015. The former couple share daughters Kinsley, 8, and Charlie, 6. In her 2019 memoir, Now Accepting Roses: Finding Myself While Searching for the One … and Other Lessons I Learned from The Bachelor, Stanton opened up about how her divorce left her feeling uncertain.

“I mustered up the strength and courage to officially divorce Nick on paper and in life,” she wrote. “About six months later, I started to believe perhaps my ex was right. I could very well end up single and alone forever. It was during that moment of doubt when I got a call from the casting director for The Bachelor.”

Stanton didn’t find her perfect match in Higgins, 31, and later searched for love on season 3 of Bachelor in Paradise, which aired in 2016. She accepted a proposal from Josh Murray, but the pair called it quits after six months together.

“That breakup hit me the hardest because I truly thought I found my person, and I had put it out there in front of what felt like the whole world,” Stanton revealed in her book. “I cringe when I think about the family photo session Josh and I did with my girls. It’s embarrassing to look back at the degree to which I fought for things to work out.”

Finding love amid the coronavirus pandemic posed a few challenges, but Stanton previously told Us Weekly that she would know when the time was right to get back out there.

“I just feel like I have so many other things to worry about right now, just like staying sane for the next couple months or however long this is going to be so it’s not really one of my priorities right now,” she said in April 2020. “But ‘m sure when it’s all over, I’ll start dating again. … I enjoy being single [and] I kind of have fun dating!”

Scroll down to see more from Stanton and Fogel’s Valentine’s Day vacay.