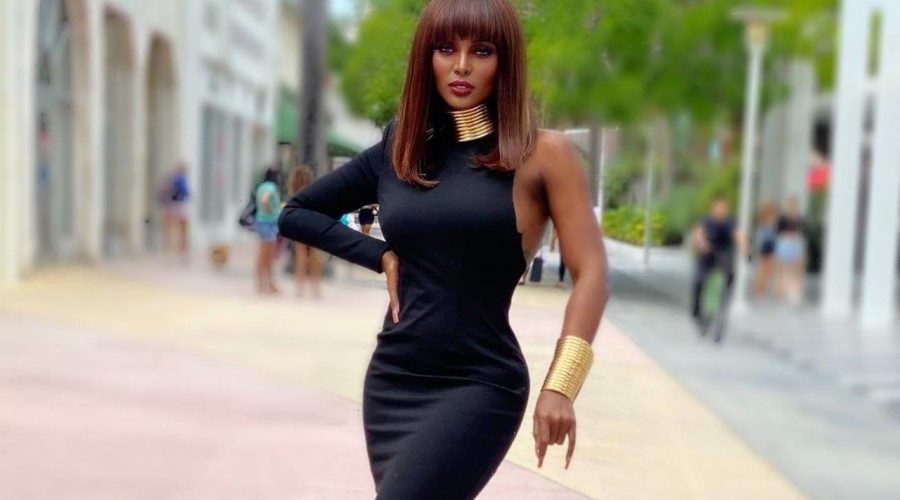 The reality star previously told her mother about her pregnancy but the latter was not happy about the baby news because the singer wasn’t on good terms with her beau, Allan Mueses.

AceShowbiz –Amara La Negra has been dealing with an expecting parent’s nightmare. Revealing that she suffered a miscarriage, the “Love & Hip Hop: Miami” star claimed that she was “crying for days” after losing her child.

The 31-year-old shared her story on Instagram on Tuesday, October 19. “I wanted to be open and Honest Because I am an open book! My life is my Journey and there isn’t a guide book on how to live your life. I’m just trying to figure this out like everyone else. I know many woman and families can relate to my pain,” she first shared.

“Back on July I Found out I was pregnant. I didn’t even know or suspected being pregnant because I took all the Measures to prevent it, however 2 weeks after missing my period I started bleeding, having really bad cramps!” she added. “Blood clogs, I had no idea what was going on I figured it was Maybe it was the Fibroids I have in my ovaries acting up which Iv never spoken about either. Just to find out I was having a miscarriage.”

“I cried for days cause I really did want to have that baby! I’m not getting any younger and Iv always been afraid of waiting too long til it’s too late,” the singer/actress further elaborated. “Iv always wanted to start my own little family and also seeing how my moms health isn’t that great I want my children to enjoy having a grandmother because I never had one.”

Amara went on to note, “I had so many dreams and hope that just Bled out of me. My motherly and nurturing instincts kicked it but it was too late.” She then concluded her message by saying, “I’m just as human as the rest of you.”

Amara, who is originally from the Dominican Republic, never publicly announced her pregnancy. However, a recent episode of “Love & Hip Hop: Miami” captured a moment when she told her mom about it. However, her mother was not happy with it because she’s in dispute with her beau, Allan Mueses.