The former wife of Johnny Depp has been wowing Cannes with her incredible outfits in recent days.

But Amber Heard suffered an awkward wardrobe malfunction as she stepped out on the red carpet in France for the 72nd annual film festival today.

The 32-year-old bombshell looked incredible in a baby pink satin dress with a daring plunging neckline.

Amber’s floaty ensemble was cinched in under the bust in a cheeky cut-out design, revealing that she had decided to ditch her bra for the outing.

The Aquaman actress accessorised the look with a pair of eye-catching leopard print pointed heels with large gold buckles across the front.

She threw on a fitted grey striped jacket to keep warm against the chilly weather.

Adding extra glam to the look, the US star donned a slick of dark eyeshadow and lashings of mascara with a soft red lipstick on her plump pout.

However, the beauty accidentally exposed more than she’d bargained for when her dress slipped to the side to reveal her nipple stickers. 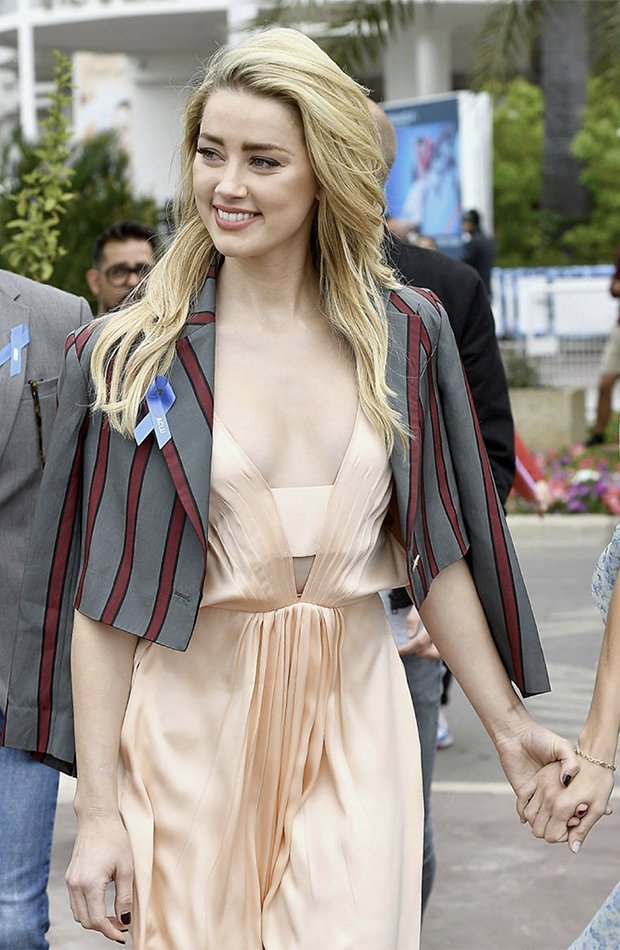 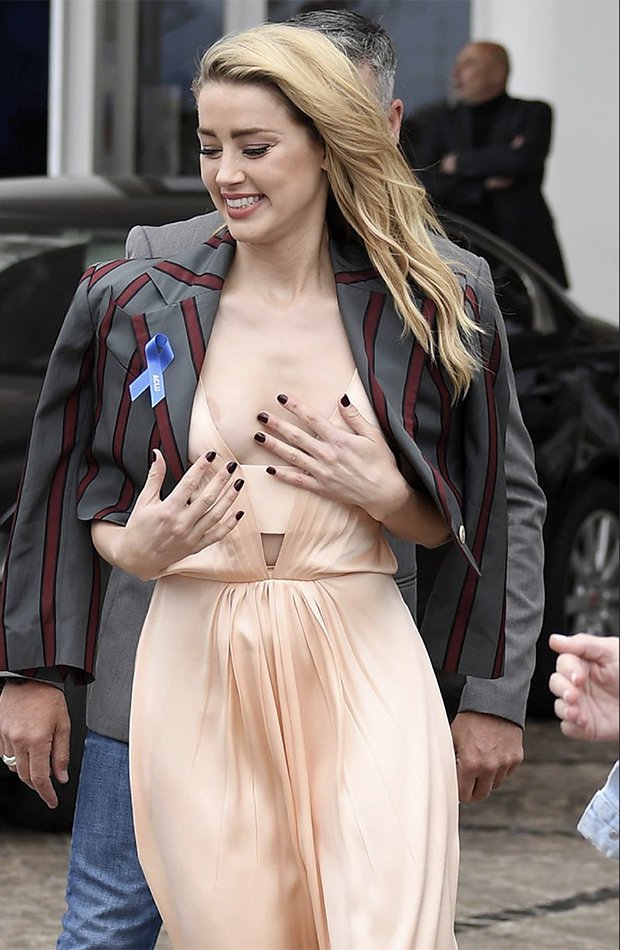 Ever the professional, Amber brushed off the awkward incident as she smiled and waved at awaiting fans.

Amber’s appearance at Cannes comes shortly after it was announced that there will be a sequel to Aquaman in 2022.

The stunner – who stars as queen of the sea, Mera – will be returning to her iconic role. 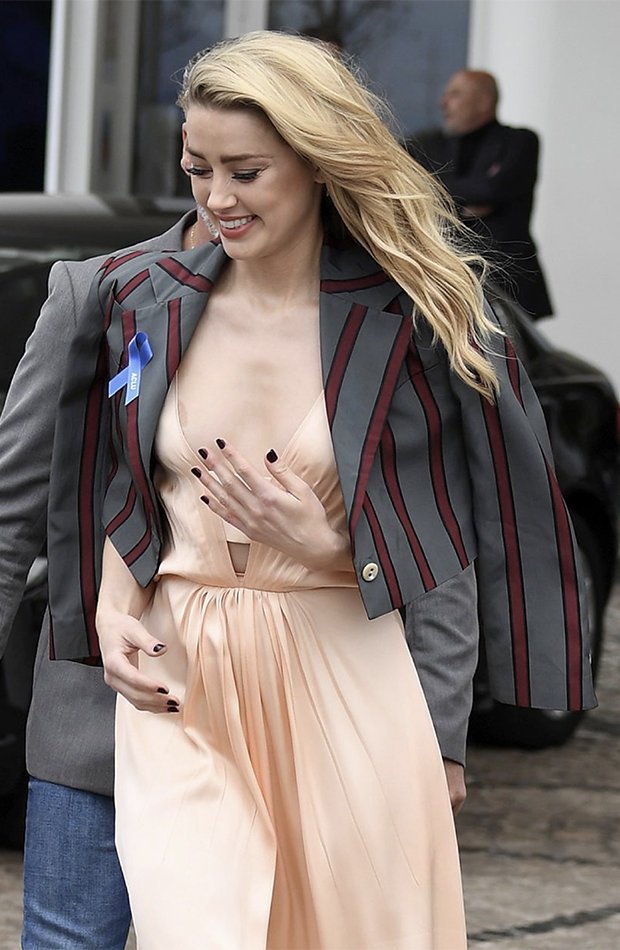 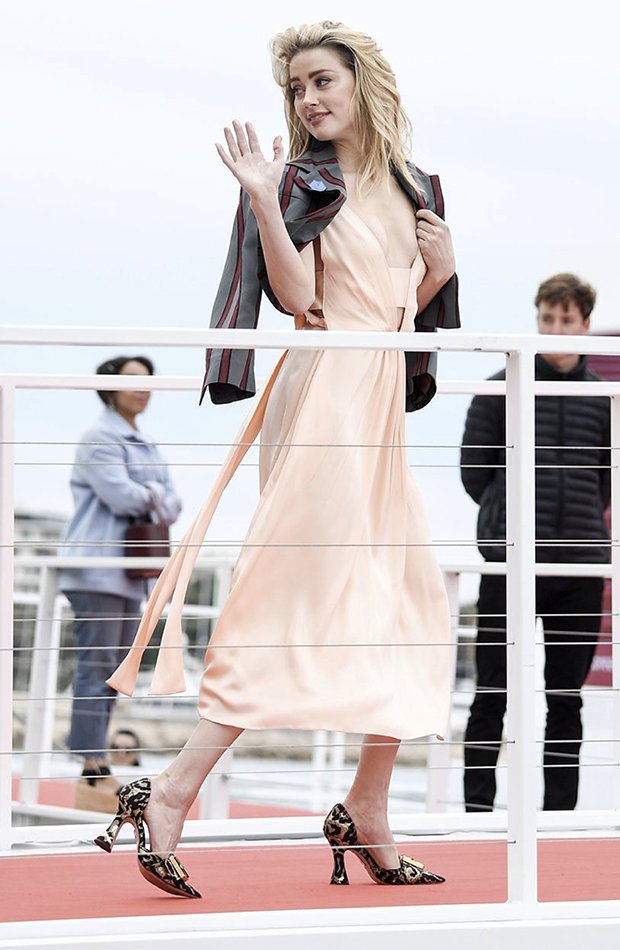 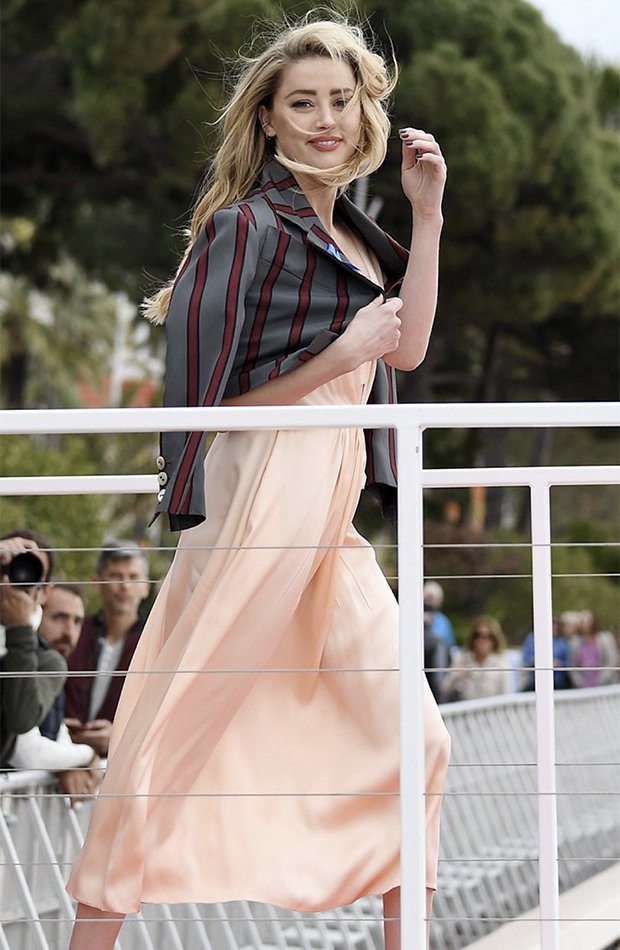 She is also set to star in upcoming thriller Run Away with Me which is based on an American in Paris falling for a model.

The two become intertwined in the criminal underworld of the European modelling industry.