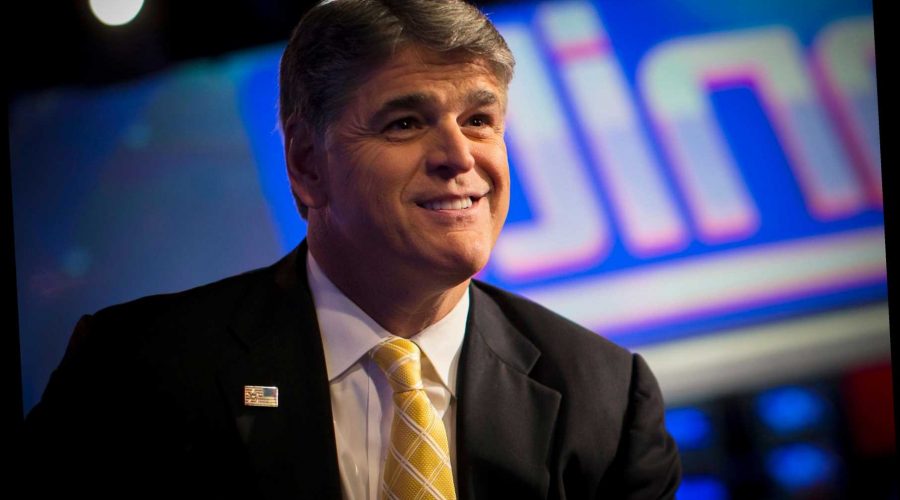 And now for some cheesy comic relief from Sean Hannity, who on Friday passionately shot down a “menacing” “fake news” report of the unthinkable: That he’s no longer welcome at Olive Garden.

“I love Olive Garden,” said Hannity, pitching the restaurant with the same fervor he uses to tout QAnon conspiracy theories. It would be a “sad day” if he were ever prohibited from eating there, he added.

Hannity stridently responded to a fake Twitter post saying that Olive Garden had yanked his pasta pass as punishment for giving comfort to the mob that stormed the Capitol on Wednesday.

The announcement said that Olive Garden was revoking its “Never Ending Pasta Pass for several guests” who attacked the Capitol — and its “Lifetime Pasta Pass from Sean Hannity.”

Hannity carefully explained that he doesn’t have a pass and that he’ll still be eating at Olive Garden.

A spokesperson for the restaurant clarified in a statement to The Wrap that the tweet was fake and was “not issued by Olive Garden.”

Artist Louie Mantia Jr. admitted he created the message as a joke and has since taken it down. 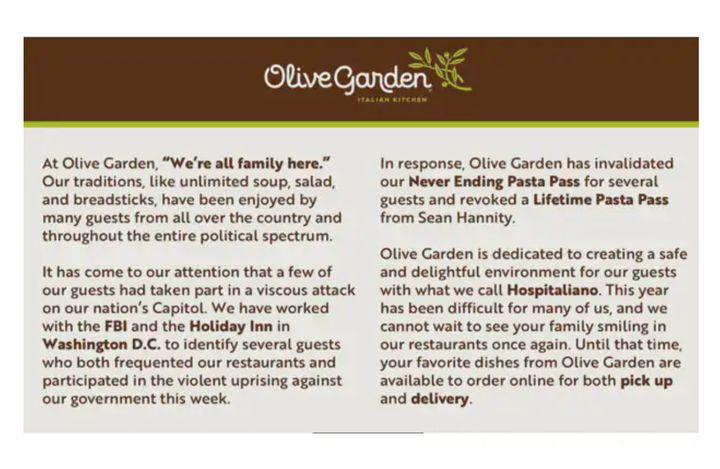 Mantia was inspired after Hannity on Thursday attacked CNN’s Anderson Cooper for disdainfully musing that members of the Capitol mob went to Olive Garden to celebrate after the attack.

“Let me give a plug for Olive Garden. I like Olive Garden,” Hannity said afterward before veering into a shameless ad for the place.

Twitter critics couldn’t quite believe what they were hearing coming out of Hannity’s mouth, but that’s not so very different from a typical night.