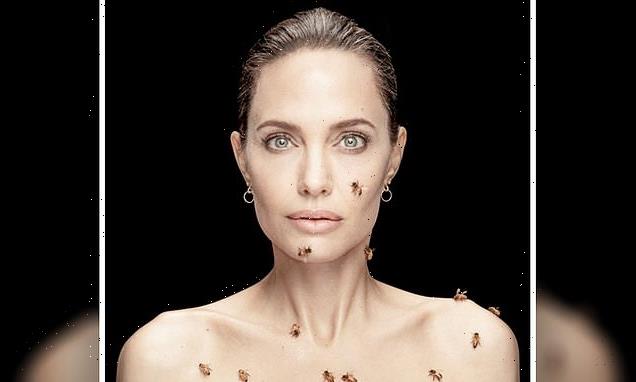 The actress/activist, 45, teamed up with National Geographic to talk about the importance of preserving bees.

She also got swarmed by a hive of insects for a breathtaking photograph, which was shot by amateur beekeeper Dan Winters. 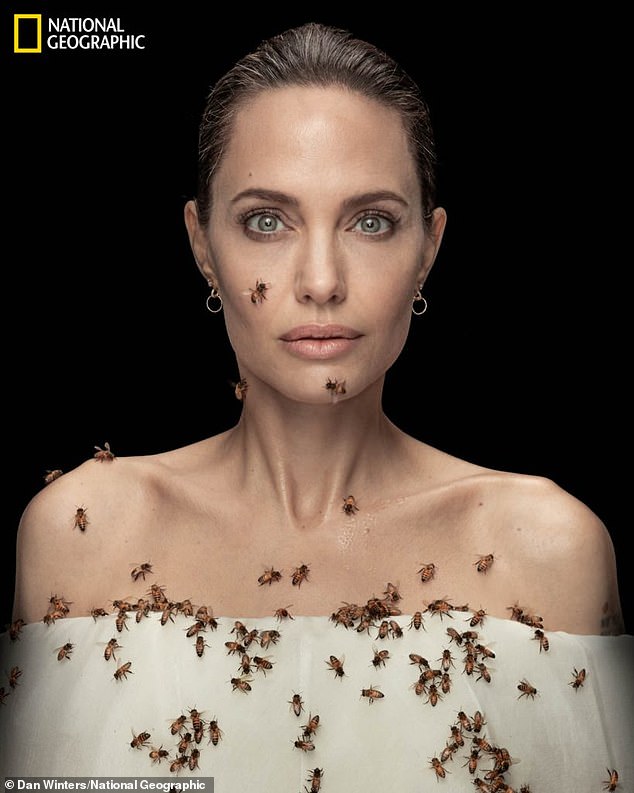 The bee’s knees! Angelina Jolie looked stunning while bees tickled her neck and face in a stunning new shot for World Bee Day on Thursday

Angelina wowed while staring straight at the camera with piercing green eyes and smooth, dewy skin.

Donning a white off-the-shoulder blouse, she let a group of bees tickle her collarbone and chin.

Capturing the one-of-a-kind shot was no easy feat, as Angie revealed how she couldn’t bath for three whole days before the photoshoot.

‘It was so funny to be in hair and makeup and wiping yourself with pheromone,’ the Maleficent actress said.

‘We couldn’t shower for three days before. Because they told me, “If you have all these different scents, shampoos and perfumes and things, the bee doesn’t know what you are.”

‘…Then you put a few things up your nose and in your ears so you don’t give them as many holes to climb in.’ 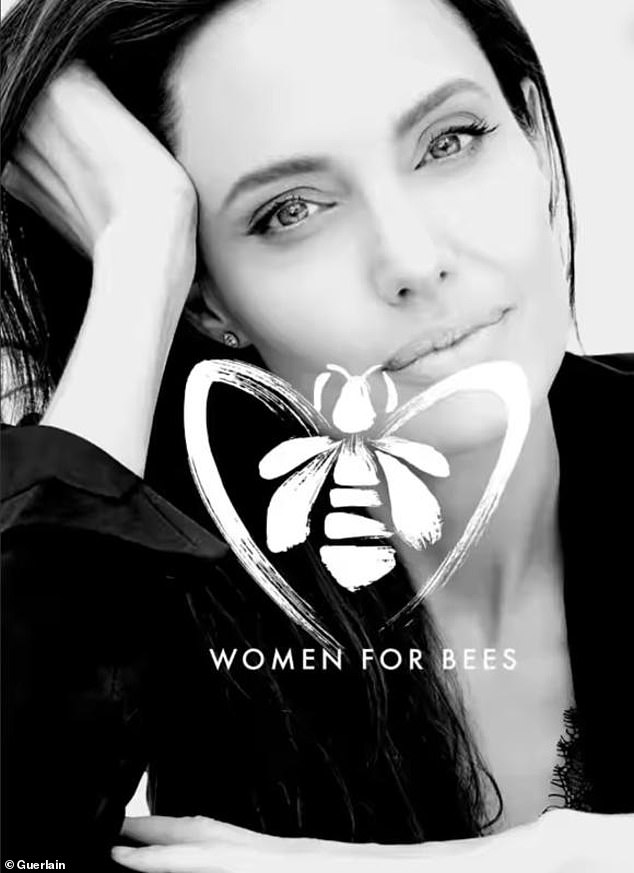 Buzz: Angelina was just designated the ‘godmother’ for Women for Bees, a program launched by the United Nation’s UNESCO to train and support female beekeeper-entrepreneurs around the world

‘I did have one that got under my dress the entire time. It was like one of those old comedies,’ she added.

‘I kept feeling it on my knee, on my leg, and then I thought, “Oh, this is the worst place to get stung. It’s getting really close.” It stayed there the entire time we were doing the shoot. And then when I got all the other bees off, I lifted the skirt and he went away.”

Angelina – who was just designated the ‘godmother’ for Women for Bees, a program launched by the United Nation’s UNESCO to train and support female beekeeper-entrepreneurs around the world – said it ‘just felt lovely to be connected to these beautiful creatures.’

‘You have to be really still and in your body, in the moment, which is not easy for me,’ she explained.

‘I think part of the thought behind it was, this creature is seen as dangerous sometimes or stinging. So how do we just be with it? The intention is we share this planet. We are affected by each other. This is what it should feel like and it really did, and I felt very honored and very lucky to have the experience.’