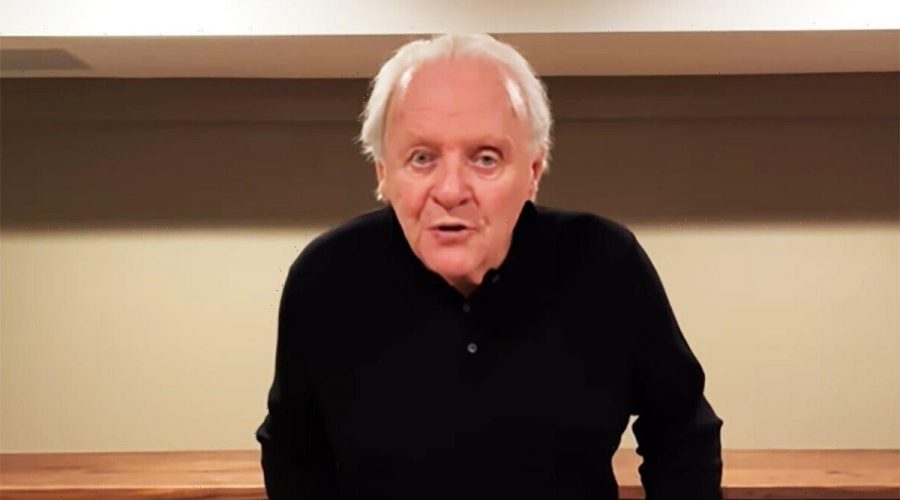 Anthony Hopkins wishes everyone a happy 2023

Sir Anthony Hopkins, 84, took to Instagram on Thursday to wish his followers a “healthy” new year in a poignant message. The iconic actor revealed that he is marking decades of sobriety since giving up alcohol in 1975.

The Silence of the Lambs star told his followers: “I am celebrating 47 years today of sobriety. This is a message, not meant to be heavy, but I hope helpful.

“I am a recovering alcoholic and to you out there, I know there are people struggling in this day and age of cancel and non-compromise.

“I say, be kind to yourself and stay out of the circle of toxicity with people. Live your life, be proud of your life.”

Anthony, who was knighted by Queen Elizabeth in 1993, went on to describe the “despair” he was in when his alcohol addiction was at its worst.

He continued: “47 years ago, I was in a desperate situation of despair and probably not long to live. I just happened to acknowledge one day that there was something really wrong with me.”

Reflecting on how his life has changed since giving up drinking, Anthony said he has “found a life where no one bullies me” and told his followers to “be proud” of themselves and “don’t let yourself be put down”.

The two-time Academy Award winner then urged people who may be struggling with addiction or a problem to “go and talk to someone” and get help whether it be with a “councillor or a 12-step program”.

Concluding his powerful message, Anthony said he is “not a do-gooder” but that he now has the “best life anyone could imagine”.

His comment section was inundated with supportive messages from his famous friends, including Hugh Jackman who wrote: “Well said.”

Supermodel Naomi Campbell added: “Thank you Sir @anthonyhopkins you are shining beacon of light, you inspire me on my journey in recovery.”

Alec Baldwin echoed: “My love to you.”

And Trudie Styler said: “Tony – this is such an important and inspiring message.

“I send you much love and immense gratitude for your affirmations and guidance to all who are suffering the slings and arrows of life’s misfortunes.”

Anthony has been open about his recovery from alcohol addiction.

Speaking to Piers Morgan in 2011, he explained he had previously been “hellbent on destruction” and described his addiction to being “possessed”.

“There’s no way I could get it, and suddenly, in Los Angeles, I made that quantum leap when I asked for help.”

He has aimed to help others with their addictions for years.

He became a patron of The Forward Trust (Rehabilitation for Addicted Prisoners Trust) since the organisation was established.

In 1992, he helped open their first intensive drug and alcohol rehabilitation unit at Downview (HM Prison), a women’s prison in Surrey, England.