The 31-year-old professional boxer will make an appearance on The Jonathan Ross show tonight alongside actress Emily Blunt and comedian Alan Carr. It comes after the heavyweight – who holds the WBA, IBF, WBO, and IBO belts – agreed on a venue to host his unification mega-fight with Tyson Fury. Promoter Mr Hearn has said the two Britons will go toe-to-toe this summer in a hugely-anticipated bout, having agreed terms over a two-fight deal earlier this year.

Joshua has shared the ring with 25 opponents from across the world during his seven-year-long professional career – losing just once to Andy Ruiz Jr.

But he apparently risked the wrath of the Kremlin when he beat Russian Alexander Povetkin at Wembley in 2018.

At a time when tensions between the two nations were “at their most tense since the Cold War,” Mr Hearn said a Povetkin win over the pride of British boxing would have been desirable.

He said: “Povetkin’s got not just his team, but the country, and dare I say the government, behind him. 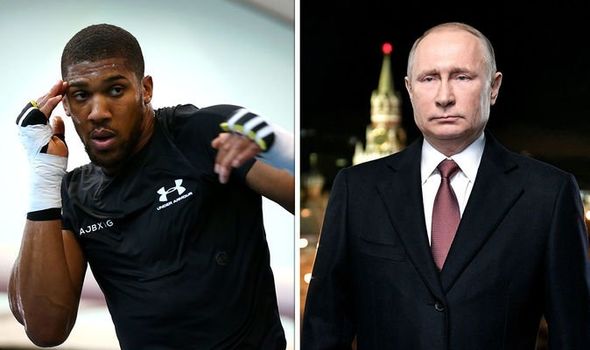 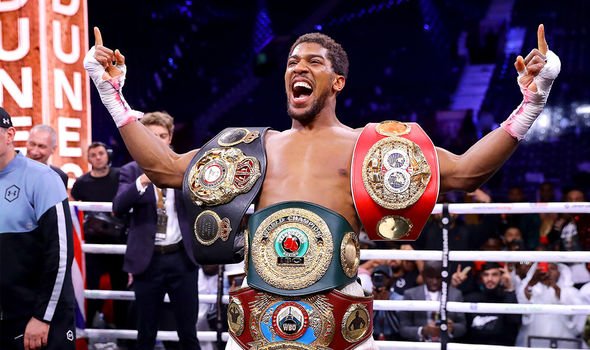 “They’re all involved. This is like a mission for them to beat Britain and for a Russian to become the world heavyweight champion.

“He and his team know how important this is for them and for Povetkin nationally.

“This is not just about him personally winning a title, this is a major, major thing if Povetkin could stick one on a Brit. Wouldn’t it be really sweet for them?”

Mr Hearn said “that level of government is involved” with Povetkin’s team, adding that there would be “plenty of instruction, well wishes and calls of intent”.

The pair are said to have trained in the gym when Povetkin was a highly successful amateur – losing just seven times in 132 bouts, and the President was working on his judo. 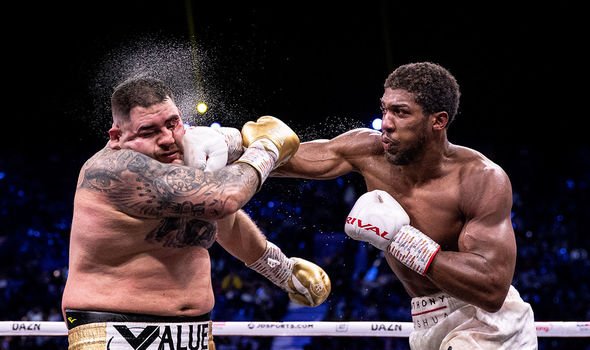 When the 41-year-old visited Wembley for a press conference to confirm the bout, he was asked if he had received a good-luck message from the Kremlin.

His media team replied: “Not yet but he [Putin] is definitely a big sports fan. He is a fan of Alexander and he helps with many things.”

But the backing in Moscow was not enough to rock AJ, who emphatically stopped the Russian in the seventh round – no doubt causing an upset in the Putin household.

Speaking after the fight, Joshua said: “Povetkin is a very tough challenger, he proved that with good left hooks and counter punches.

“I came in here to have fun, and give it my best. I knew he was strong to the head but weak to the body. I was just mixing it up.

“It could have been seven, maybe nine, maybe 12 rounds to get him out of there, but the ultimate aim was to be victorious. 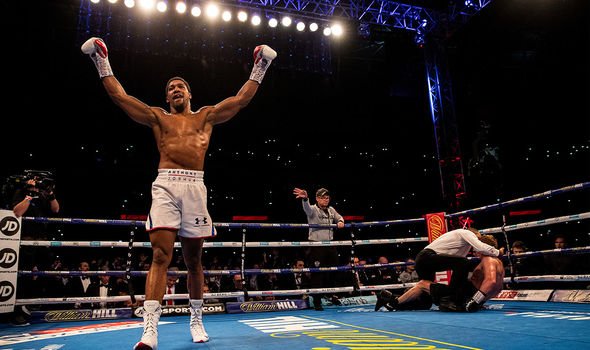 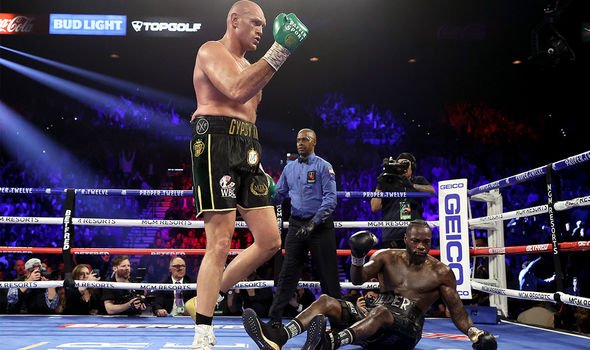 “And I got my knockout streak back.”

Saudi Arabia appears to be the frontrunner to host Furv vs Joshua this summer, but there remains interest from a number of other venues including America, Qatar and Dubai.

There has been some speculation that the clash could be moved back until later in the year, but Mr Hearn insists the plan remains “100 percent” for the two to meet as soon as possible.

He told Behind the Gloves: “There is no option for this fight to go at the back end of the year, and I’ve made that clear.

“The hardest thing about securing the site is in this world we live in today, most people would like to kick it to November, December. That’s not available. It was never available.

“What was available was a summer fight for the undisputed world heavyweight championship. That is what you’re going to get. Both guys want two fights this year.