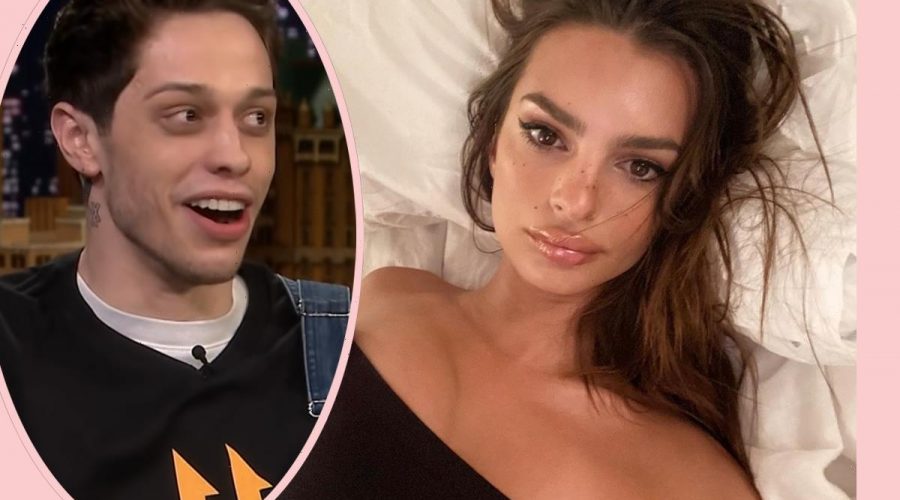 Has Emily Ratajkowski found the key to keeping things cool with Pete Davidson??

Many amazing women have been beguiled by the SNL star, but from what we’ve heard he tends to go a little overboard in relationships, making grand gestures like, say, branding his own skin. Maybe he’s trying something different, something super chill with EmRata?

A source told Page Six on Friday that the “charming” comic is “winning over” the model after they’ve been talking “for a couple months.” The new insider spilled:

“It’s still very new, but they have been in nonstop communication and she just went out with him to celebrate his birthday and wanted to make him feel special.”

Awww, that’s nice! But what they said next had us raising an eyebrow. The source added:

“It’s a chill relationship so far. There’s no pressure to make it exclusive, but she really likes him.”

That little tossed off remark gets even more intriguing when paired with Emily’s latest TikTok. The We Are Your Friends actress posted a clip on Thursday in which she lip-synched to audio of a woman talking about, well, keeping her options open:

“I would be with multiple men, also some women as well. um, everyone’s hot but in an interesting way.”

Hmm indeed… Watch the clip (below)!

Is she trying to tell us all something about her relationship with Pete? Remember, EmRata is incredibly social media savvy. Sending a winking message in a TikTok is absolutely her speed. Remember, we’re only about a month out from the 31-year-old seemingly letting us all know she’s bisexual via an incredibly short clip on the app.

Is this her way of letting everyone know she hasn’t been locked down by Davidson? It’s probably healthier, considering she just got out of a toxic relationship in which she was expected to be monogamous — while her hubby was allegedly hooking up with everything that moved. If she’s enjoying single life and doesn’t want to be exclusive right now, it’s great that she’s upfront with Pete. And if he accepts that, it’s probably good for him, too — and the real estate market on his skin, if you catch our meaning.

Do YOU think Emily is keeping things chill with Pete? Is it a good idea? Let us know your hot takes on the hot couple in the comments (below)!