HENRIKH MKHITARYAN is set to miss the Europa League final because of fears for his safety in Baku.

The Armenian international pulled out of Arsenal’s group game against Qarabag in October due to political tensions between his country and Azerbaijan. 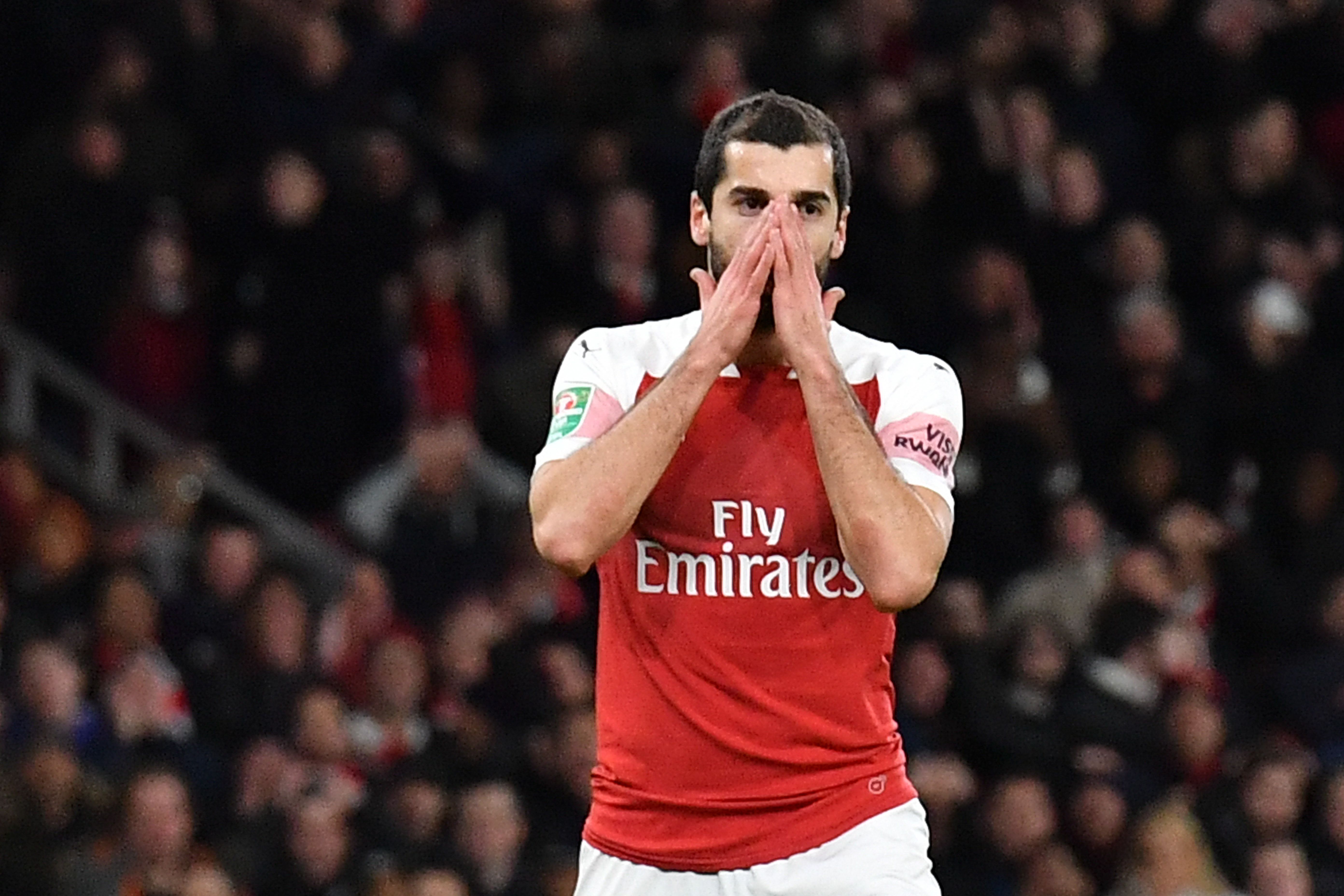 Now Arsenal are demanding urgent assurances from Uefa that their security will not be compromised if Mkhitaryan is included in their squad for the May 29 final against Chelsea.

A club spokesman said: “We are seeking guarantees from Uefa that it will be safe for Henrikh Mkhitaryan to travel to Baku, which both Arsenal and Micki require.

“Acceptable guarantees have not yet been received and we hope that Uefa will be able to supply these promptly.

“The safety and security of our players is of paramount importance and we are hugely concerned that the location of the game could lead to Micki not being able to play in a European final.”

Diplomatic relations between Armenia and Azerbaijan have been strained since the two countries clashed in 1994 over the disputed border region of Nagarno-Karabaksh.

Mkhitaryan missed Borussia Dortmund’s away game against Gabana in 2015 despite Uefa promises to secure him a visa to play.

And SunSport understands that the player decided not to travel to Baku for this season’s group after his family expressed their concerns.

Yet Qarabag coach Gurban Gurbanov insisted that the player’s safety was not under threat and suggested Mkhitaryan was simply scared of being booed.

He said at the time: “A lot of Armenian sportsmen have come here without any trouble but this is not the first time that Mkhitaryan doesn’t come.

“It is Arsenal’s decision if they don’t send him but they might be afraid he will have some pressure in front of 60,000 Azerbaijanis.”

The Qarabag tie was the only Europa League match in which Mkhitaryan was not involved for Arsenal this season and he came on as a second-half sub during Thursday’s semi-final victory in Valencia.

Arsenal have also made a formal complaint to UEFA over their allocation of 6,000 tickets for this month’s final in the 68,000 capacity Baku Olympic Stadium.

Club officials are in active discussions to receive more tickets but are not optimistic of Europe’s governing body changing their distribution policy.

A spokesman said: “This disappointing allocation presents us with extreme difficulties in how we allocate tickets to our loyal supporters.

“We have approximately 45,000 season ticket holders and more than 180,000 official members.

“So it is inevitable that with an allocation of just 6,000 tickets for the final there will be thousands of fans who have been part of our long Europa League journey this season who will unable to attend the final.”

When Liverpool played Sevilla in the 2016 Europa League final in Basel, the competing teams received 51 percent of the tickets.

But for this year’s final, Chelsea and Arsenal have been given just 17 percent, with the rest going on sale in a ballot last month before anyone knew who would be competing.