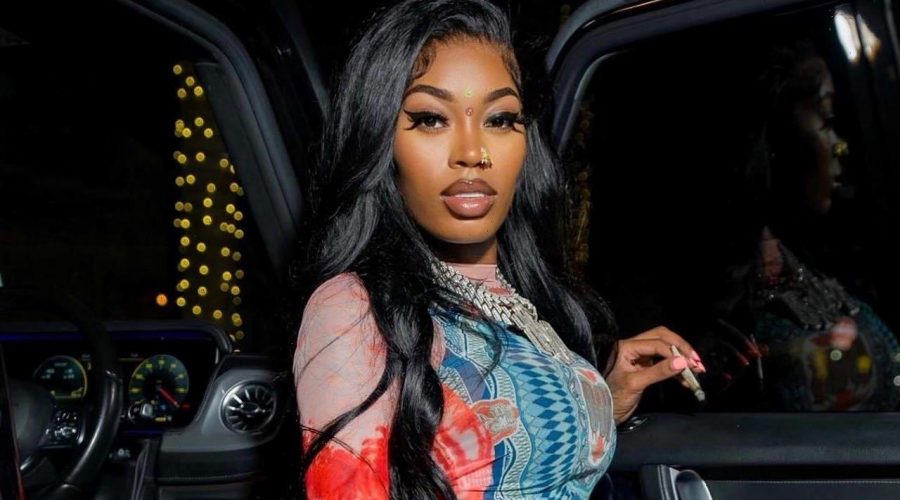 The former girlfriend of the late King Von responds to social media users who have something to say after she debuted her new boyfriend by sharing a PDA-filled video.

AceShowbiz -Asian Doll a.k.a. Asian Da Brat has found herself at the center of online backlash after she opened up about her dating life. Not expecting the negative response when she debuted her new boyfriend on social media, the raptress has fired back at the haters.

Some Twitter users were apparently not into Asian sharing too much about her private life on social media. “Every n***a you ‘date’ don’t have to getting posted. Normalize dating in private,” one of the critics wrote on the blue bird app. Catching wind of the tweet, Asian responded, “Normalize mind yo business & stop worth bout what the next b***h doing normalize that.”

Asian later defended herself for having so much fun with her new relationship, claiming that she didn’t start doing it until six years ago. “Y’all h**s been f**king since middle school get off my d**k I just started f**king 6 years ago it’s about time I started dating,” so she penned in a separate tweet. “I’ve always been in a relationship or putting my career 1 st by overly working myself not thinking about or taking d**k. Kiss my a**.”

Another user apparently didn’t believe her, writing to King Von‘s former girlfriend, “Girl shut up stop explaining yo self and lying girl you been f**king.” The Dallas native wrote back, “Your child big asf b***h you BEEN f**king. B***h worry about going to parent teacher conference on time.”

Asian debuted her new boyfriend on Instagram over the weekend by sharing a PDA-filled video of the pair. In the clip, the 25-year-old could be seen going on a date with her man to a basketball game. At one point, the man planted a kiss on her cheek while they were in a car.

“Really Onna Floor No BowWow Challenge,” she gushed in the caption. “My 1st Game Experience Was Rich & Raw.”