A DJ was found in a pool of his own blood in a posh Bali resort after smashing through a glass door last night.

Australian Adam Sky has reportedly dashing to rescue an injured female pal — who was nude — after she fell 13 ft from a private pool area. 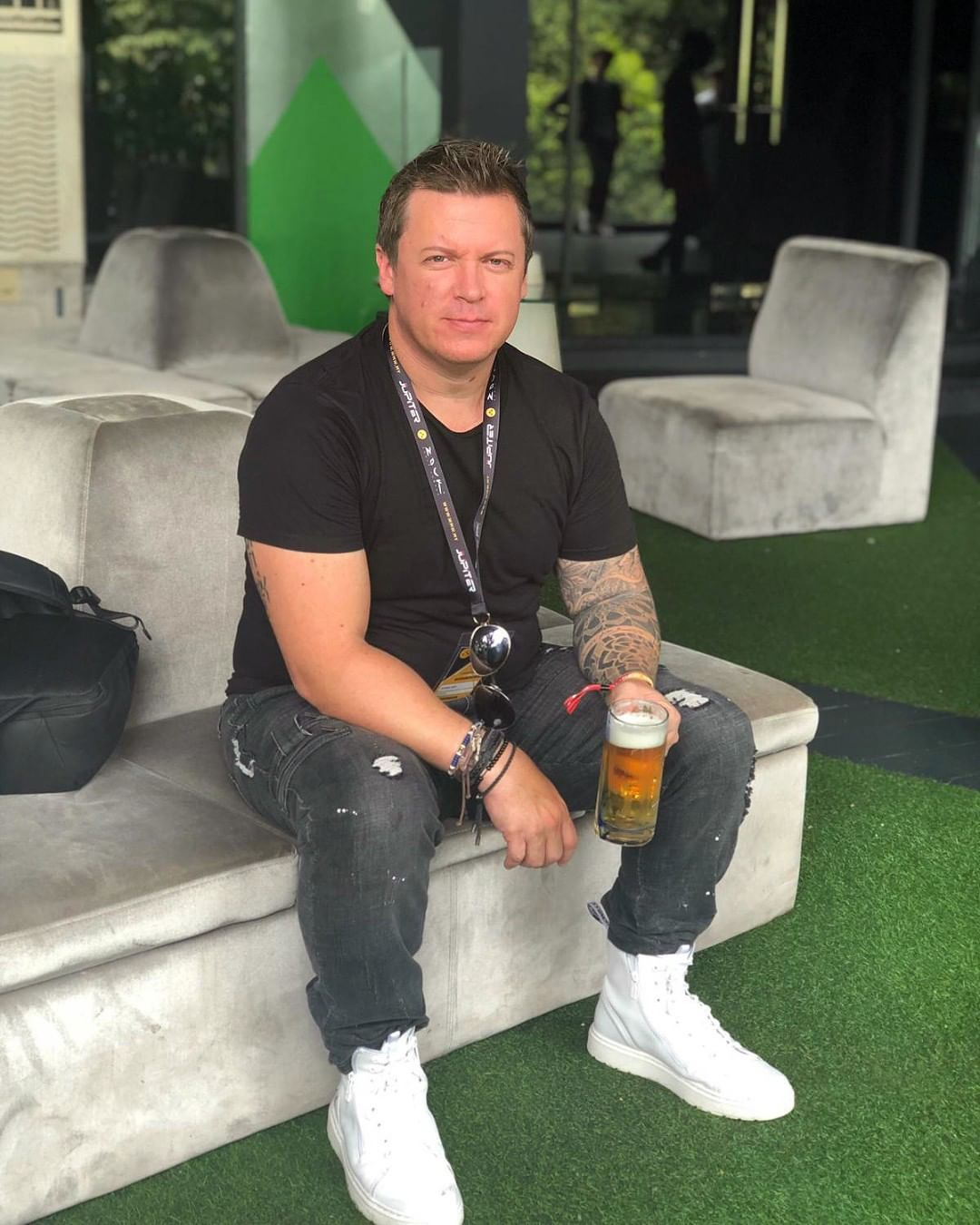 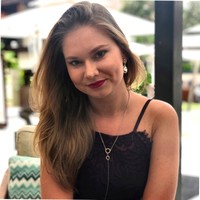 Indonesian police are investigating the circumstances surrounding the death, but have indicated they believe the 42-year-old DJ — ranked as the third most popular in Asia — was rushing to respond to a naked female colleague.

Nine News has identified the woman as Sky's Russian employee Zoia Lukiantcev, who is believed to have fractured her leg.

Sky, whose real name is Adam Neat was holidaying at the Hillstone Villas Resort south of Kuta.

Sky is understood to have deeply gashed his arm when he broke through the glass door, severing a major artery.

Police have reportedly said alcohol may have contributed to the accident.

The DJ’s website declares: “JUICE Magazine Asia called him out as the “rising Aussie superstar DJ”, and clear why he is one of the most sought after dance music artists in Asia today.”

“It is with great regret that we can confirm Adam Neat was involved in a fatal accident while trying to help a friend who had suffered multiple fractures in Bali on Saturday May 4 2019. “Relatives and friends of Adam are travelling to Bali today and handling all arrangements.

“We ask you to respect the families privacy at this moment while we all come to terms with our tragic loss.”

Shocked fans have taken to social media to pay tribute. 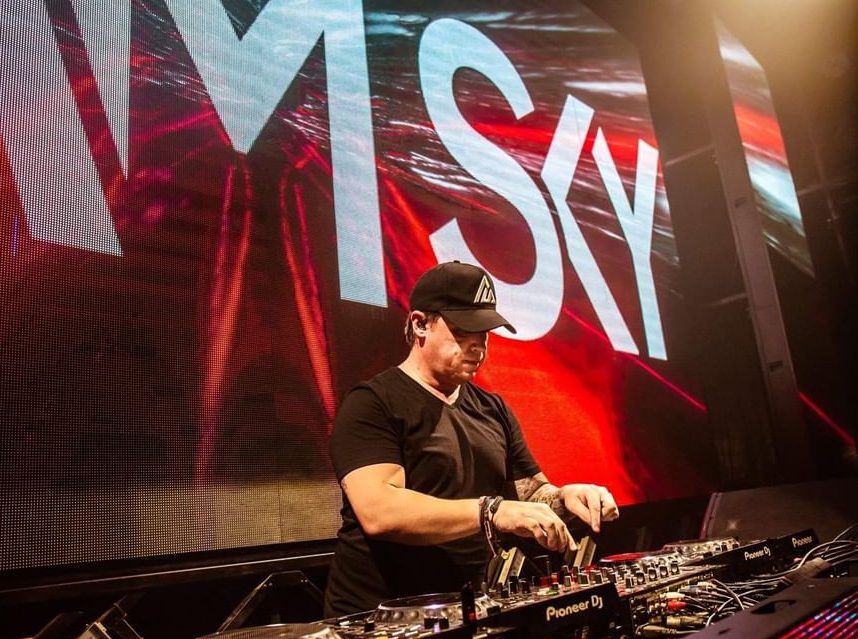 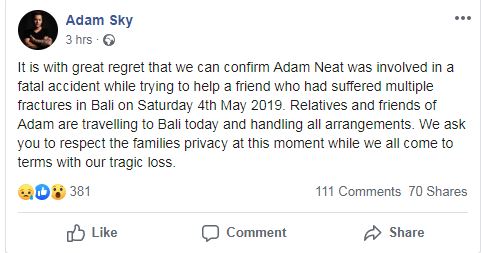