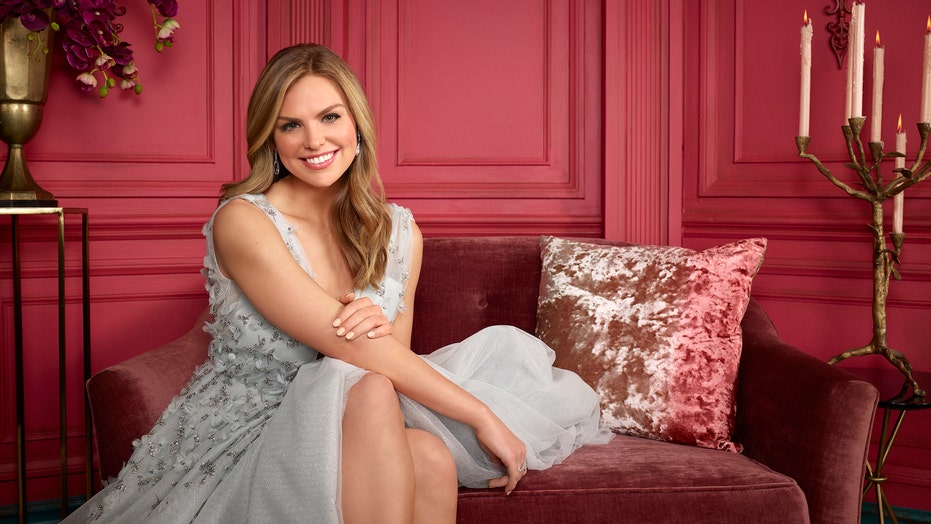 It was an awkward Thursday on "Live with Kelly and Ryan."

The longtime host welcomed guest and current "Bachelorette" star Hannah Brown to the show and didn't waste a minute before jumping into a conversation about the controversial reality TV dating show.

Ripa has aired her grievances about the show before. She recently called the series "gross" and "creepy" and said that she doesn't agree with the general concept of competing with other people to date someone.

"I'm not sure if they told you backstage, I'm not behind this at all," Ripa told the Season 15 star. "You seem like a lovely girl. You blink twice, I will get you out of here."

The daytime host continued, "I am very against women fighting over a guy. I don't believe in it. I think it's, you know, weird and sets us back. But now, you are in the power position. So, take me through that. How does that work?"

"Like you, I didn't really follow the show, wasn't a big fan," Brown admitted. "But, being a part of the show, it's not women fighting against each other. Really, some of my best friends came from the show and were really supportive. When you have a group of 30 people together, there's going to be people who don't like each other. That's simple facts."

"But, ultimately, it was one of the most empowering things that I ever have done because I had to push myself and grow as an individual," she continued. "And I did. And I think that's why I decided that I wanted to be the Bachelorette and wanted that so bad."

In another interview with Entertainment Tonight, Brown said she and Ripa have to "agree to disagree."

"I don't think anybody can really get it until you're there. And I also, at first, was very skeptical of the show, but I'm here now and I wouldn't be the Bachelorette if I didn't believe in the process and how it has made me so empowered to be myself," she added.

"I thought that I was disgusted because I couldn't stand the idea of 25 exceptional women fighting over one, ordinary fella, in my opinion. You know how I feel ladies! We are too special to be arguing over a guy," Ripa said to co-host Ryan Seacrest on Tuesday.

The Emmy winner's comments even rattled the show's creator, Mike Fleiss, and longtime host, Chris Harrison. "Easy, @kellyripa … #TheBachelor franchise pays your salary!" Fleiss tweeted. All the "The Bachelor" series and "Live" are both on ABC.

Meanwhile, Harrison wrote, "Look out #BachelorNation, ⁦@KellyRipa⁩ is coming after you and your 'disgusting' Monday night habit."

Fleiss' comment stirred up response from "Grey's Anatomy" star (also on ABC) Ellen Pompeo. She tweeted, "Okay @fleissmeister… that’s some handle bro! Your show does NOT pay @KellyRipa salary. Also we don’t attack successful women on our network and men certainly cannot take credit for their success. Don’t get me started on your show cuz I’m a savage…. #bachelorsoooowhite."

It's been a longtime criticism that the "Bachelor" franchises lack diversity. There has never been neither an African-American "Bachelor" lead nor a gay one — male or female. Rachel Lindsay was the first black "Bachelorette" lead in Season 13 in 2017.