Keeping it PG-13! Ben Higgins revealed that he’s not having sex with fiancée Jess Clarke until after they tie the knot.

“It’s just a respect level,” Higgins, 31, told Nick Viall during the Wednesday, April 22, episode of the “Viall Files” podcast, noting that the two have been staying with Clarke’s parents amid the coronavirus quarantine. “And also what the logistics of it is.”

The couple, who got engaged in March, haven’t slept together since they began dating in November 2018. 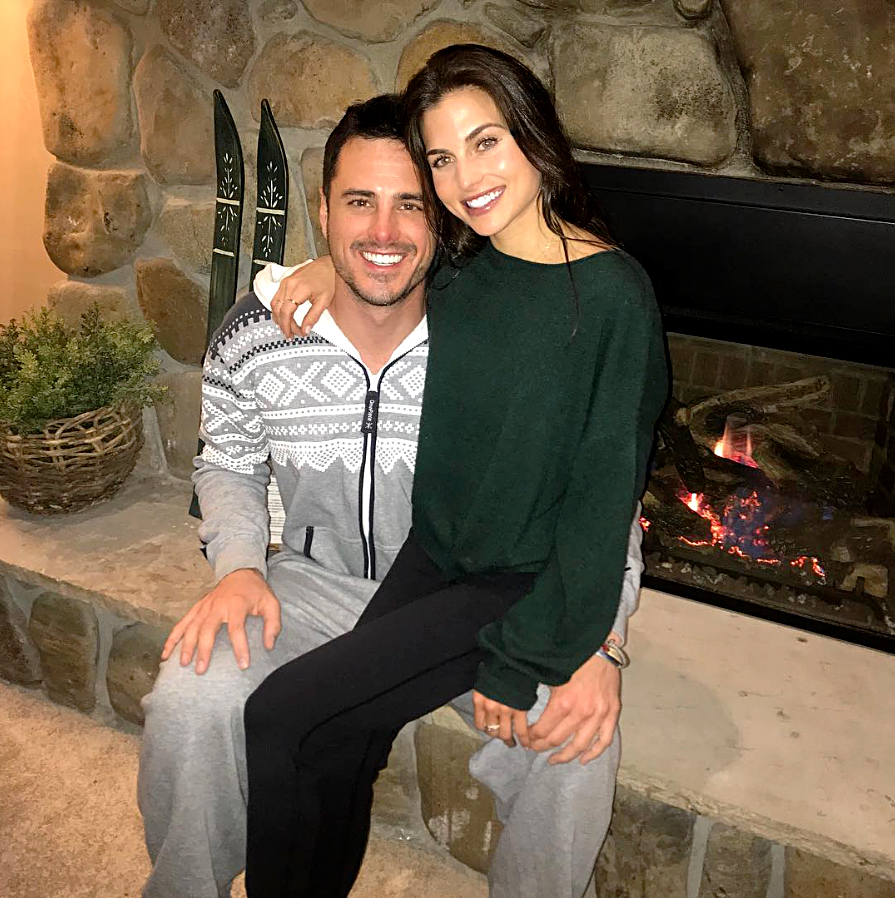 The former Bachelor star explained that he has “definitely” not had sex in that “last year and a half” and that they are waiting until marriage to do so — at least that’s the plan for now.

Since the lovebirds don’t know when they will walk down the aisle, the former reality TV star admitted that they’ve considered having sex beforehand.

“We both were like, ‘Yeah, we could definitely see it.’ But what are we giving up to do that?” the Colorado resident said. “At the end of all of this, this is Jess’ day. This is our day as a couple, but I want to make sure she has the wedding she’s always dreamed of and that she feels celebrated.”

For the couple, who have been long distance for most of their relationship, the brightside to being quarantined has been their continued togetherness.

“I can confidently look her in the eyes and say, ‘Hey, we’ve been stuck in the house together for two weeks and I’m having a blast,’” Higgins revealed.

The Bachelor Live On Stage cohost and his fiancée, 24, have been keeping their romance alive while stuck with their families. They spent time with Higgins’ parents first and then drove to Clarke’s parents, which is where he proposed.

On Tuesday, April 21, the couple had a date night at Higgins’ parents’ homemade restaurant, dubbed “Benny and the Jess.”

“We agree both of our parents are very awesome and my parents literally cooked and served us dinner last night,” he said in his Instagram Story at the time.

“It was a very special date night wasn’t it?” the TV personality asked his love, to which she replied, “It was really sweet.”

The Bachelor: Winter Games alum popped the question on March 27, 2020, while at the University of Mississippi alum’s parents’ home in Tennessee.

“From my first date in the 8th grade to the moments leading up to me getting down on one knee it all led me to you,” Higgins wrote via Instagram in March about his future bride.

He added: “I now officially have the most beautiful, kind hearted, supportive, well intentioned person to spend life with. Our adventurous ride through life together is just starting.”