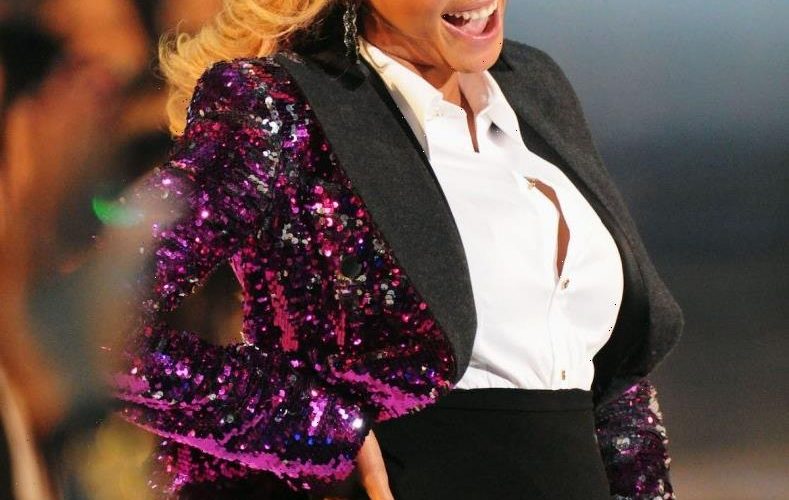 Beyoncé has many iconic moments, but none quite like her pregnancy announcements. The first came during the 2011 MTV Video Music Awards while pregnant with future Grammy-winner, Blue Ivy Carter. The singer’s mom and stylist recently revealed the moment was almost ruined due to a wardrobe malfunction. She later broke the internet a second time with another pregnancy announcement.

Guarding Beyoncé’s pregnancy was no easy feat. The singer previously suffered a miscarriage and wanted to wait for the right moment to reveal her pregnancy to the world. Rumors began swirling in the summer of 2011 that she was expecting and knowing she couldn’t hide it any longer, her team planned for a big reveal in the form of a magical performance.

In a flashback video posted to her Instagram account of the performance, the “Ego” singer’s mom and stylist Tina Knowles shared that the moment would have been ruined if she hadn’t switched out the singer’s pants at the last minute.

“Two hours before the performance, we realized that the pants that I had gotten made were too tight and uncomfortable,” Knowles Lawson explained in the video’s caption. “The panel that I had put in them was not stretchy enough.”

She quickly came up with a plan B to ensure the performance reveal went off without a hitch. “Two hours before the performance, I was at A Pea in the Pod Maternity shop. I bought two sizes of maternity pants but wound up taking the panel off of one of them and putting it in the ones that I had made! Because the shape of the store bought ones was not right!”

Knowles Lawson’s plan worked. While Beyoncé caused speculation on the red carpet in a loose dress that curved her growing belly, she didn’t take many interviews and warned the media to watch her performance.

The world watched as the glowing singer strutted on stage to “Love On Top,” telling the audience that “love” was “growing inside of her.”

Despite being far enough along in her pregnancy, she hit every note and dance move without a hitch. At the end of the performance, she dropped the mic and unbuttoned her sparkly blazer to reveal her belly while cradling it and smiled. It was all the confirmation the world needed.

Kanye West excitedly grabbed Bey’s husband Jay-Z in celebration in the audience. The Carters went on to welcome daughter Blue Ivy Carter in January 2012. She released photos in a free spread for TIME Magazine of Blue Ivy.

Beyoncé breaks the internet with her second pregnancy announcement

In 2017, the singer stunned fans when she posted a photo of her in a portrait cradling another growing belly. But this time around, the singer was carrying multiples.

“We would like to share our love and happiness,” she began in the captioned photo. “We have been blessed two times over. We are incredibly grateful that our family will be growing by two, and we thank you for your well wishes.”

At the time, the photo became the most-liked in the history of the social media platform, with over 11 million likes to date. The twins, Sir and Rumi Carter, were born in June 2017.