Blake Lively and Ryan Reynolds are about to add another kid to their growing family … cuz Blake just arrived at the “Pokémon Detective Pikachu” premiere with a very visible baby bump.

Blake and Ryan showed up for Ryan’s new flick Thursday in New York City … and true to the movie’s main character, Blake was decked out in a yellow dress.

It’s interesting, Lively hasn’t really been seen or posted anything on Instagram since January 11 … what better way to drum up some massive press for Ryan’s movie. 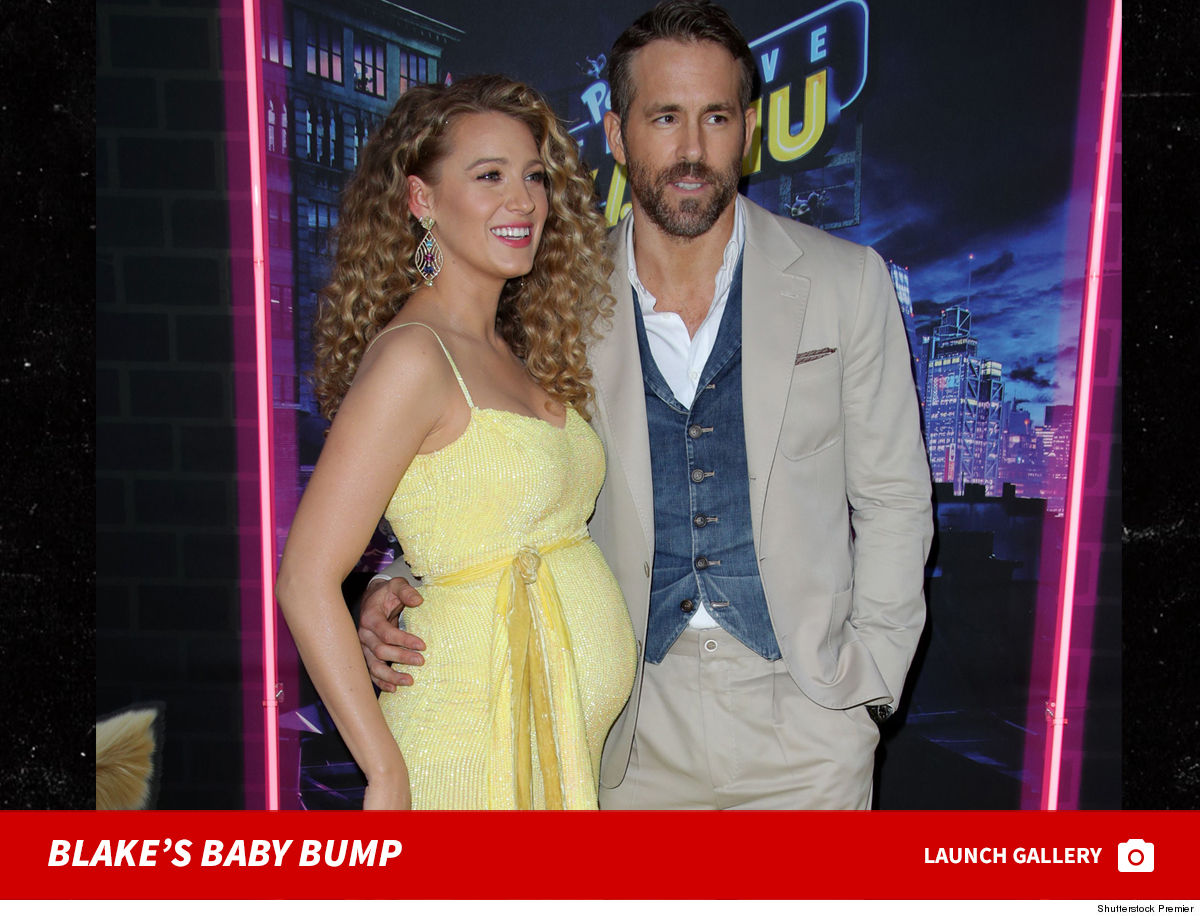 You see them quickly moving through the crowd and it’s no secret anymore, she’s clearly pregnant.

Ryan was previously married to Scarlett Johansson from 2008 to 2011 and engaged to Alanis Morissette in 2004 … but they never got hitched. Ryan is Blake’s first husband.

We’re guessing the kid’s gonna do just fine in the gene department.