Blake Shelton wants Adam Levine’s Maroon 5 to play at his wedding to Gwen Stefani, but it is for all the wrong and hilarious reasons.

With all of their famous friends in the music industry, Blake Shelton, 44, and Gwen Stefani, 51, have plenty of people to call on to help provide entertainment at their upcoming wedding and reception. The “God’s Country” singer says he’s planning on cashing in a favor from former fellow The Voice judge and longtime foil Adam Levine. He wants the 41-year-old Maroon 5 frontman to get his group together and play at the wedding…but it’s because they’re so “boring” the group’s music wouldn’t “distract from the festivities.”

“I’ve decided that I’ve been doing this a long time now and I’ve got a lot of favors out there. He may not like it, but Adam Levine’s gonna have to get the band together and come and play our wedding,” Blake told host Seth Meyers during a stop by his NBC late night talk show on Dec. 10. 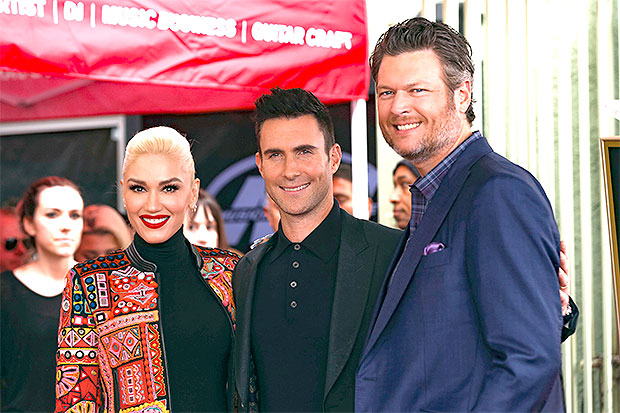 ‘I’ve seen a video where the crash people’s weddings. And he owes me a lot for just putting up with him over the years, so I want Adam to come be our wedding band,” Blake continued, adding as a bonus “Their music is so boring that it won’t distract from the festivities and the reception.” ZING!

Seth said he had a “small gripe” with Blake’s fiancee, as Gwen appeared on his show a day prior to the couple announcing their engagement on Oct. 27 via simultaneous tweets and Instagram posts, but she didn’t reveal their betrothal on his show. The couple had already got engaged in Oklahoma, and Gwen was wearing her diamond sparkler from Blake on her finger when she was on Seth’s show. The country superstar then told Seth he simply wasn’t paying enough attention, because her ring was right there on her hand and he could have asked about it. Gwen spoke to Seth on Oct. 26 via Zoom from a cabin on Blake’s Oklahoma property.

“She kept doing this with her hand and wondering if people would figure out that she was wearing an engagement ring,” Blake said while waving his hand around his face. “I told her, ‘You know, you wear more jewelry than Mr. T, so I don’t think people picked up on that.’ And they didn’t. You could have figured it out though — she was giving you hints!” Seth then explained that it was hard over Zoom, as one tends to stare more into the camera than at the guests, but admitted it was right in front of him and he totally missed it.

While it remains to be seen if Adam will score an invite to Blake and Gwen’s wedding, at this point the “Hollaback Girl” singer would be happy enough if the couple could have their immediate family in attendance. With COVID-19 gathering restrictions being so tight, she said that as of now the pair’s family members alone would be over the limits allowed. 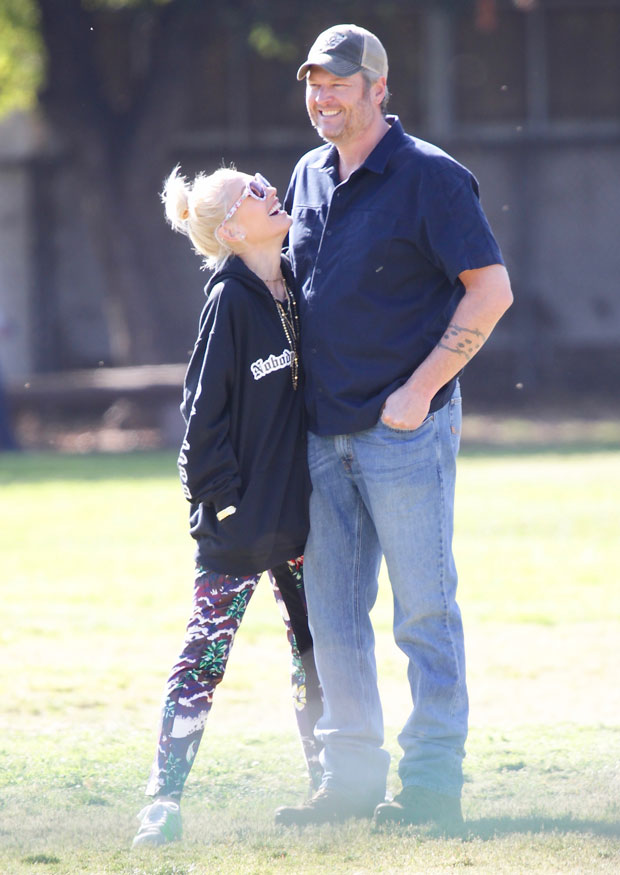 During  Dec. 7 appearance on On Air With Ryan Seacrest, the 45-year-old host asked the singing beauty, “In a post-pandemic world, would you prefer a smaller ceremony or a larger wedding?” Gwen responded, “I would say I just want my parents there at this point,” referring to her beloved dad Dennis and mom Patti Stefani.

She explained, “My parents wouldn’t come to Thanksgiving because they were so scared (about the COVID-19 pandemic), so really would rather it not be a COVID situation. I would rather not have masks and that kind of thing,” and added, “Even when you cut it down to family, its too many people for COVID. So we’re sort of going to see what happens in the next few months.”