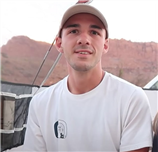 The manhunt for Brian Laundrie entered its fourth week today, and at least one person with connections to the case believes that the suspected murderer will be found, alive, sometime in the next 24 hours.

As you’re likely aware, Laundrie is wanted in connection with the murder of Gabby Petito, the 22-year-old YouTube star whose body was discovered in Wyoming after she went missing in September.

Laundrie and Petito’s relationship was both romantic and professional in nature, as the couple made a living creating YouTube content about their lives criss-crossing the country and living out of a van.

Many observers fear that Laundrie’s area of expertise might make him an especially tricky fugitive to track down.

After all, it’s not hard to see why a seasoned outdoorsman who’s intimately familiar several regions of the country might be a source of frustration for the authorities.

Witnesses have come forward, and reality TV star Dog the Bounty Hunter has joined the hunt for Laundrie.

While one tipster claims to have spotted Laundrie on the Appalachian Trail, the last documented sighting occurred in late September when the 23-year-old briefly appeared in trailcam footage taken near his home in Florida.

While authorities are casting a wide net these days, insiders say they’re still focusing the search on the area around the Laundrie’s parents’ home in North Port, Florida.

And while the trail gets colder by the day, investigators are hopeful that one recent development might lead to a break in the case.

According to TMZ, Brian’s father, Chris Laundrie, has joined the search at the request of police.

The outlet reports that Chris was granted access to a nature preserve that’s been closed to the public.

The hope was that he would be able to assist the police by pointing out the trails that he and Brian had hiked and clearings where the fugitive might be camping out.

“Chris had not been able to look for Brian in the only place Brian’s parents believe he may be,” says the Laundrie’s family attorney, Steve Bertolino.

The day’s search concluded with the elder Laundrie returning home with a plastic bag in his hand.

Media members who have staked out the family’s house say Chris was not holding the bag when he left this morning, but the insinuation that it contains some sort of important evidence seems to be baseless.

“Today Chris Laundrie accompanied members of law enforcement into the Reserve to show them the trails and places Chris and Brian have hiked and which Brian was known to frequent,” Bertolino said.

“There were no discoveries but the effort was helpful to all. It seems the water in the Preserve is receding and certain areas are more accessible to search,” he added.

“The entire Laundrie family is grateful for the hard work of the dedicated members of law enforcement that have been searching the Preserve for Brian over the last few weeks,” Bertolino concluded.

“Hopefully Brian will be located soon.”

Asked if the search might be concluded in the next 24 hours, Bertolino replied “maybe.”

Chris Laundrie’s participation in the search comes just one day after the Petito family appeared on Dr. Phil and implored the Landrie family to assist the authorities in any way they can.

We’ll have further updates on this developing story as more information becomes available.