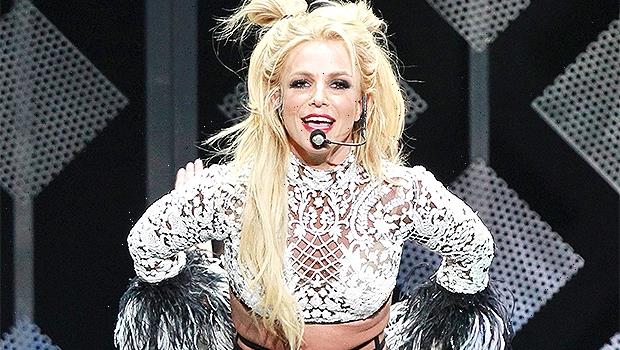 Britney Spears was glowing in new photos that showed the pop star posing on her electric bike, joined by her precious pup Porscha.

Britney Spears, 40, was ready to go for a ride in new photos that she shared to Instagram on Monday, January 3. The Grammy Award-winning singer happily posed on her electric bike, while turning behind to smile at the camera. Britney rocked pink short shorts and a cropped white top, as well as stylish sunglasses and white and orange sneakers. She kept her signature blonde hair done up in a ponytail, seemingly to keep avoid any incident of vision obstruction for her joyride.

Britney also had a special guest join her for the bike photoshoot. The singer and her fiancé Sam Asghari‘s adorable Doberman puppy, Porscha, sweetly jumped up to Britney in two of the photos. As Porscha pressed her paws against Britney’s thigh, the “Toxic” songstress petted her pup just under his chin. Porscha disappeared for the final snapshot, allowing Britney to proudly pose on her bike all by her lonesome. She used three pink ribbon emojis to caption her joyful post. 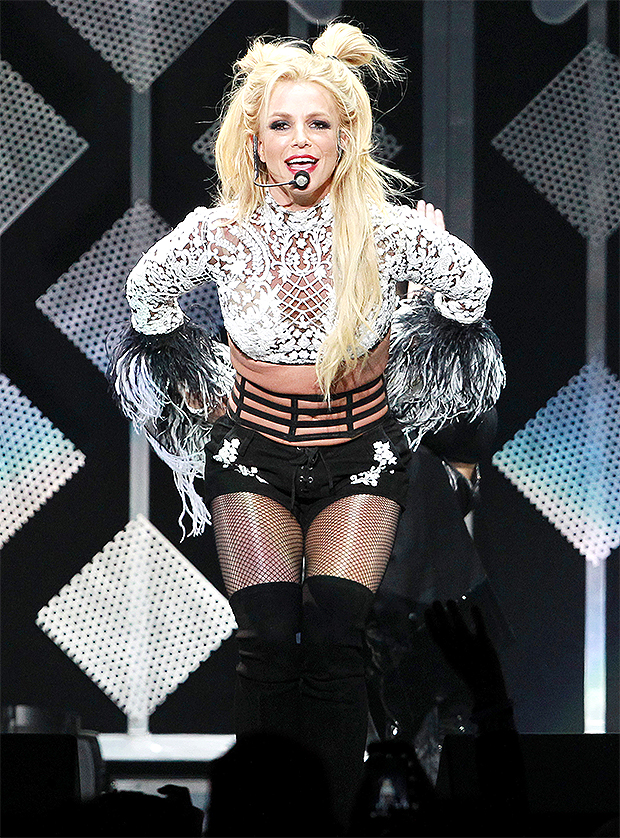 Britney has been in good spirits ever since her 13-year-long conservatorship ended in November. She’s been dancing up a storm on Instagram, while also enjoying time spent with her soon-to-be hubby. On Dec. 27, Britney and Sam enjoyed a romantic dinner at Los Angeles’ Catch. An eyewitness told HollywoodLife EXCLUSIVELY that Britney “couldn’t stop smiling” during the date night. 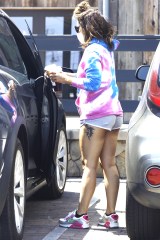 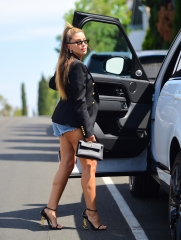 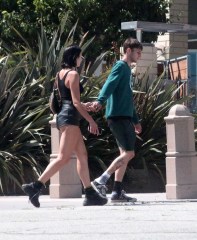 However, Britney is still not on good terms with her family. She’s estranged from mom Lynne Spears, dad Jamie Spears, and sister Jamie Lynn Spears due to their apparent lack of support during the controversial conservatorship, which dominated her life for 13 years. Britney has cut her loved ones out of her life, even going as far as recently unfollowing her sister on Instagram.

A source recently told HL, “Britney has no plans to reconcile with her sister, mother, or her father at this time and she doesn’t foresee herself having a future with any of them, as they all, directly or indirectly, are responsible for the years of psychological torment that she went through. They all allowed this to continue knowing that it was hurting her. She doesn’t see how this will ever be forgivable because, if not for her fans and those who truly love her, she would still be in the conservatorship.”