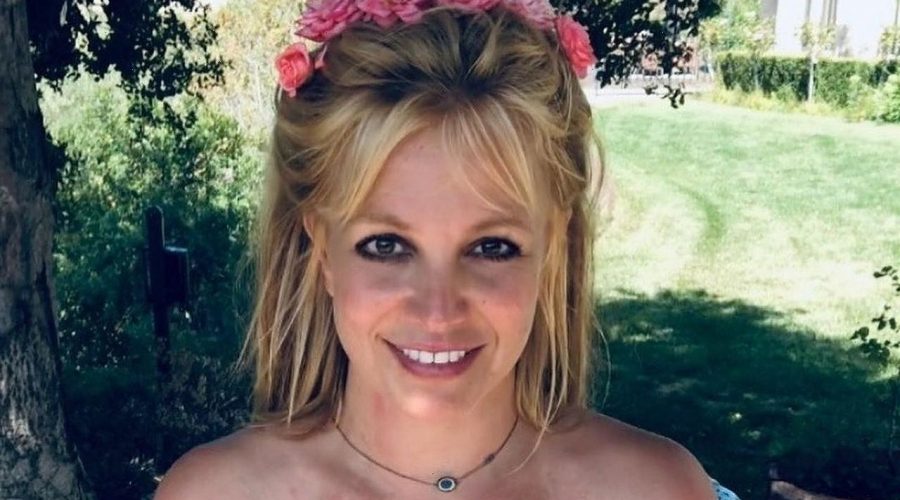 The ‘I’m a Slave 4 U’ hitmaker posts a revealing picture on her social media account, and fans were quick to raise some questions as her tattoos seem to be missing.

AceShowbiz –Britney Spears raised eyebrows on Wednesday night (07Jul21) as she took to Instagram to share a nude selfie from her bathroom.

The singer has been hitting headlines with her conservatorship battle, which she has been fighting in court in a bid to regain control of her life. And on Wednesday, Britney shared a revealing photo showing off her naked figure from behind.

She left the snap caption-less, other than some nude emojis, but sparked debate among her fans, many of whom were quick to point out that a couple of the singer’s identifiable tattoos – such as the small Hebrew design on the nape of her neck – were missing.

“Where’s her neck tattoo? this doesn’t look like brit,” one person wrote, while another added, “Y’all know this ain’t Britney, right?”

A third person wondered if Britney had even given consent for the picture to be posted to Instagram, considering recent speculation that people involved in her conservatorship are in control of her social media accounts.

“Im tryna know if she gave her consent for this picture,” someone wrote.

However, Britney’s social media manager dismissed the speculation back in February, saying in a statement at the time, “Britney creates her own posts and writes her own captions for Instagram. She finds the google images, pinterest images, quotes, memes and everything else herself.”

It’s understood that Britney creates the posts and then submits them to a company who upload them for her, if there are no “legal questions” relating to what she wants to put up.

Britney has been fighting in court to regain control of her life, and recently likened her father Jamie’s treatment of her during the conservatorship – which has been in place since 2008 – to that of a sex trafficking victim.

Her mother Lynne Spears filed a legal permission slip on Tuesday, urging the judge overseeing her daughter’s ongoing conservatorship case to “listen” to the wishes of the pop star and let her hire her own lawyers following the resignation of her longtime court-appointed attorney, Sam Ingham, reported Deadline.