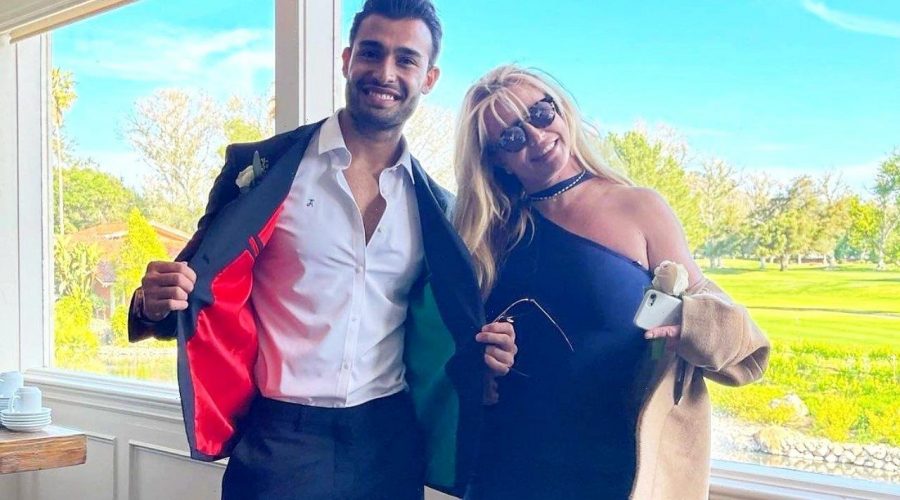 The newly-engaged fitness trainer learns ‘a lot about respecting women’ from his sisters as he says his superstar fiancee is very close to his family including his grandmother.

Sam is featured in a new interview and photoshoot for the October 2021 issue of GQ magazine, which was published on Monday, one day after his engagement to his girlfriend of five years was announced.

The personal trainer-turned-actor, who met Britney on the set of a music video shoot in 2016, told the magazine the “I’m a Slave 4 U” singer is very close to his family, including his sisters and grandmother – and they helped him become the man he is.

While Sam is pursuing his own acting career and has landed recent roles on cable series “Hacks and Black Monday“, he’s not fazed by dating a woman who’s much more famous than he will ever be.

As for his new fiancee, Asghari just wants Britney to be happy, “If something makes her happy, I’ll do it. I’m not going to argue,” he laughed. “What’s that saying? ‘Happy wife, happy life.’ “

“There’s a lot of yoga that she likes to do. She’s flexible, she has endurance, she does handstands on my legs. I’m not good at it, but I do it because she wants to do it.”

15/09/2021 Celebrities Comments Off on Britneys Fiance Sam Asghari: I Would Get My A** Kicked by My Family If Ive Ever Mistreated Women
Lifestyle