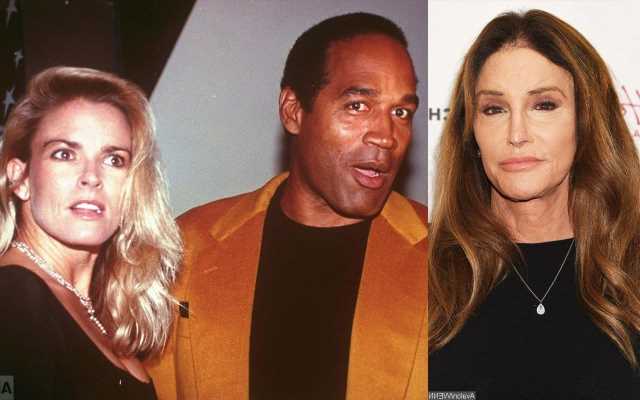 During her appearance on the Australian series of ‘Big Brother VIP’, the former star of ‘Keeping Up With the Kardashians’ opens up about her personal connection to the high profile case.

AceShowbiz –Caitlyn Jenner has claimed O.J. Simpson “obviously” killed Nicole Brown Simpson. The retired American football star’s ex-wife and her friend Ron Goldman were found dead at her home in Brentwood, Los Angeles on June 12, 1994. O.J. was arrested five days later and charged with the double murders, but was found not guilty over a year later.

Caitlyn, who was married to Kardashian family matriarch Kris Jenner, is appearing on the current Australian series of “Big Brother VIP” and opened up about her personal connection to the murder trial, at which her former husband, Robert Kardashian was part of O.J.’s defence team.

“I was at Nicole’s house two days before the murder,” said Caitlyn. “Nicole [Brown Simpson] was Kris’ best friend [and] had been for a long time.”

The 72-year-old insisted, “Obviously he did it, and he got away with it… At one point he even told Nicole, ‘I’ll kill you and get away with it, ’cause I’m O.J. Simpson.’ “

“Nicole relayed that on to Kris at one point, and unfortunately she was right. We were at the courthouse, we were watching what was going on in the other room, and even after the not guilty verdict, the first thing Kris [does is she] turns around to me and goes, ‘We should have listened to Nicole, she was right right from the beginning.’ “

In her autobiography “The Secrets Of My Life”, Caitlyn candidly shared her view of O.J. “If I looked in the mirror and loathed myself, I looked at OJ and saw a monster of a male athlete,” she wrote. “I wonder if this contributed to my feelings of awkwardness around him, that even if he embodied an archetype that people expected from me.”

“There were other contributing factors in my distaste for him: he was the most narcissistic, egocentric, neediest asshole in the world of sports I had ever seen, and I had seen a lot of them,” the former star of “Keeping Up with the Kardashians” continued.

02/11/2021 Celebrities Comments Off on Caitlyn Jenner Believes O.J. Simpson Gets Away With Nicole Brown Murder
Lifestyle