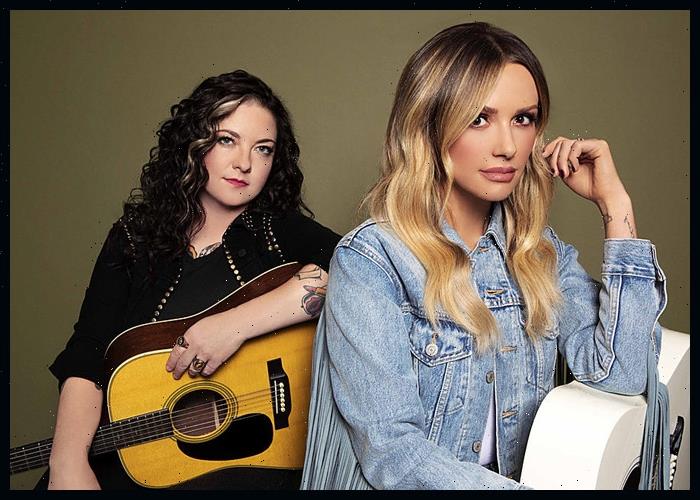 Carly Pearce has teamed up with Ashley McBryde for “Never Wanted To Be That Girl,” a single from the rising country star’s hotly-anticipated album, 29: Written In Stone, due Friday, September 17.

“This is the story of how a bad man happened to two good women,” Pearce noted on Instagram about the song. Pearce and McBryde penned the track with co-producer Shane McAnally.

“Ashley is such a great drop-into-the-moment writer, she was able to bring that reality bomb truth to what we were doing,” Pearce said about the song’s writing process. “She’s fearless, and she understands human nature in a way that let us both really write to the hurt of realizing we’ve been lied to by someone we’re intimate with.”

“Carly isn’t afraid to face the less potable subjects,” McBryde added. “As a writer she’s willing to get in there and get very honest. Writing this song together with Shane strengthened our friendship and taught us more about one another and ourselves. Seriously, nobody wants to be the other woman. And when you find you are…damn. It’s such a gut punch.”

19/09/2021 Celebrities Comments Off on Carly Pearce, Ashley McBryde Team Up On Never Wanted To Be That Girl
Lifestyle