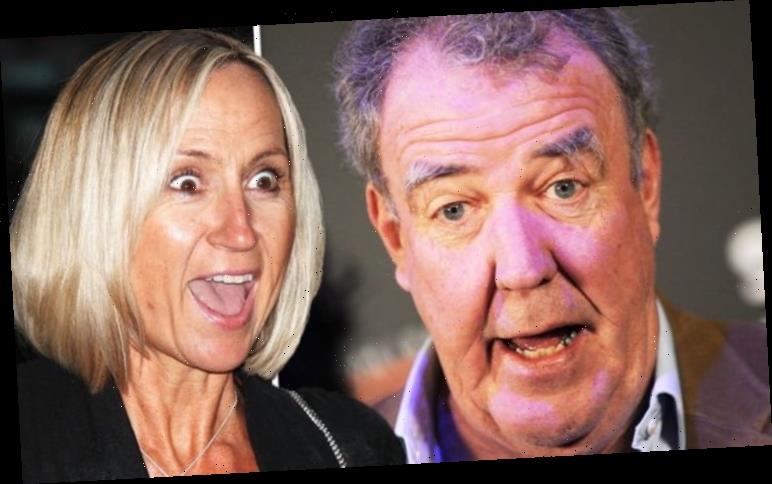 Loose Women panellist Carol McGiffin, 61, has admitted that she’s been having some racy dreams about former Top Gear presenter Jeremy Clarkson, 60. While speaking about how the pandemic has been playing havoc with her sleeping patterns over the past year, the ITV presenter made the intimate admission about the motoring expert.

Carol said: “Since this viral nightmare began, good sleep seems to have gone the way of all common sense, i.e. out the window.”

The ITV presenter went on to explain that the vivid dreams she has been experiencing have left her feeling exhausted.

She said: “I never feel rested, always look and feel totally knackered and the dreams!”

Continuing in her column for Best magazine, Carol quipped: “Don’t get me started on the dreams.

“Last night I was with (and I mean with) presenter Jeremy Clarkson, and every night I lose my phone! It must be a sign…”

Carol has been married to producer Mark Cassidy, 38, for three years.

In a throwback post to the first day she met her other half, Carol revealed that people said their relationship wouldn’t last.

She recalled: “They said it wouldn’t last so ha!

“Happy Anniversary (he won’t let me use the cute name I have and have had for him almost since day 1) my love, my everything, my rock and all that other stuff I’m not very good at saying!!!”

Four months later the couple had taken the leap and moved in together.

Despite becoming engaged in 2008, the pair waited until 2018 before they got married in a secret ceremony in Bangkok, Thailand.

Carol has previously labelled Mark her “absolute rock” during her battle with breast cancer in 2014.

The TV presenter gushed: “I don’t think I’d have made it through without him. Mark was my absolute rock.”

Last month Carol took to Instagram to share a tribute to her husband on their third wedding anniversary.

She wrote: “Don’t normally have a glass of wine on a Monday but three years ago today, Mark @cassola21 and I were in Bangkok, running around the city, free as birds, eating, drinking, laughing, sweating and…….getting married.

“That was ten years after we’d met.

Carol continued: “We are now stronger and more together than ever, despite all the c**p of the last twelve months.

“I just hope that life is kind enough to give us both at least another ten years…….”