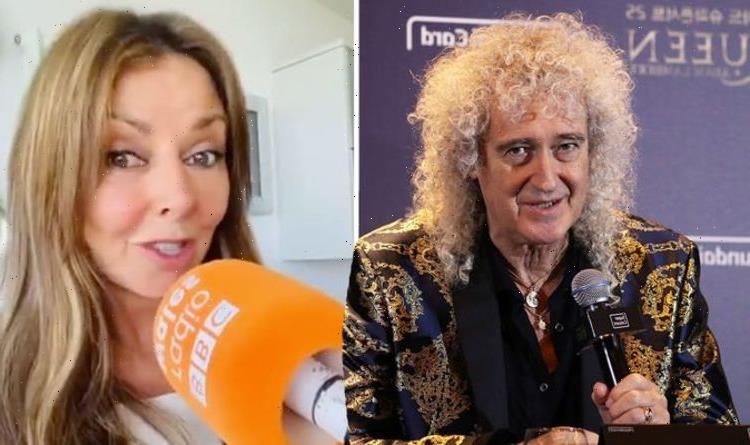 Carol Vorderman interviewed Queen legend Brian May for her BBC Radio Wales show. Teasing some details about their chat, the 60-year-old said the rockstar, 74, confessed that he was a fan of Countdown.

Speaking to her Twitter followers, she revealed that she knew Freddie Mercury was a fan of the show, but not Brian.

She spilled: “I just finished doing an Instagram live video with the lovely Brian May. Oh, I love him, I’ve always loved him.

“He was saying that they all used to watch Countdown back in the day.”

Stunned by the revelation, she added: “I didn’t know he did, but I knew Freddie Mercury did because he used to write in.”

Carol went on to urge fans to listen to his remastered album.

“It is absolutely terrific,” she added, revealing the full interview with him will be aired on her show tomorrow.

Others agreed that they also enjoyed the Queen singer’s latest project.

Ahead of revealing details about their chat, Carol showcased her new hair.

The presenter brightened up her brunette locks with blonde highlights, which she wore in a middle parting.

Carol went make-up free as she smiled for a selfie to show off her new tresses.

Fans were quick to comment on her look, with many loving it.

“Stylish as ever honey,” another commented.

A third penned: “So beautiful Carol.”

The presenter has been living a quieter life in Wales, where she presents her show, in recent years.

As she embraces the summer, the host has been sharing a series of bikini snaps.

In response to a fan, she said a relaxing lifestyle is what she has craved following a busy 40-year career.