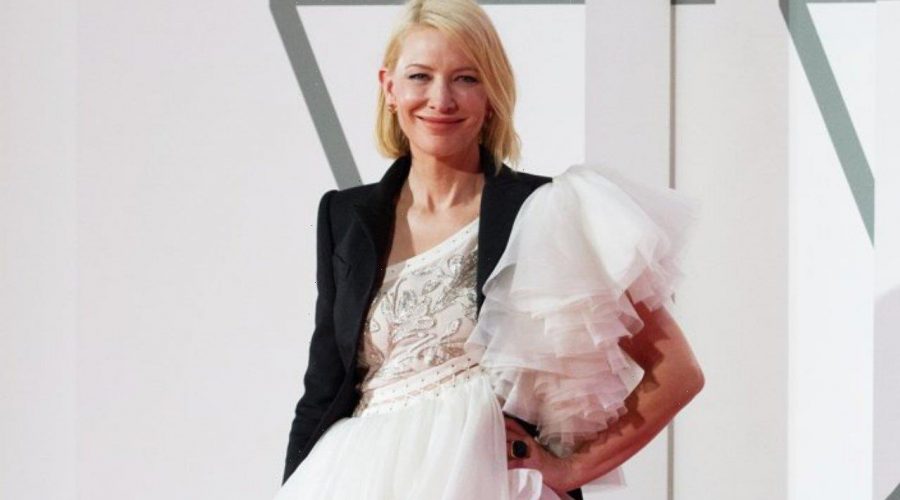 The ‘Lord of the Rings’ actress reveals that her kids Dashiell, Roman, Ignatius and Edith, whom she shares with husband her Andrew Upton, are indifferent about her work.

AceShowbiz –Cate Blanchett‘s children are totally “disinterested” in her fame.

But the “Lord of the Rings” actress admitted her kids – Dashiell, 20, Roman, 18, Ignatius, 14, and Edith, seven, who she shares with husband her Andrew Upton – feel indifferent about her work, which also includes movies “The Curious Case of Benjamin Button” and “Ocean’s 8“, “in the best possible, healthiest way.”

“One of them is getting an award at school, and they went, ‘Oh, OK, have a good time.'”

Cate was presented with Chaplin Award earlier this week – where she was praised at the Gala for being an “internationally acclaimed actor, producer, artistic director, humanitarian, and dedicated member of the arts community” – and the star admitted it was “a deep and profound honour”.

Speaking to the New York Post’s Page Six column at the Lincoln Center’s Alice Tully Hall in New York City – where she received the accolade, which was named after legendary comic actor Charlie Chaplin – she added, “Every time someone wins an Oscar, there are five or six, maybe 15 other people who were equally deserving. It just happens to be your timing.”

Previous recipients of the Chaplin Award include Dame Helen Mirren, Morgan Freeman, and Tom Hanks, among others.

Charlie himself received the first-ever Chaplin Award in 1972, when he returned to the US from exile to accept the commendation.