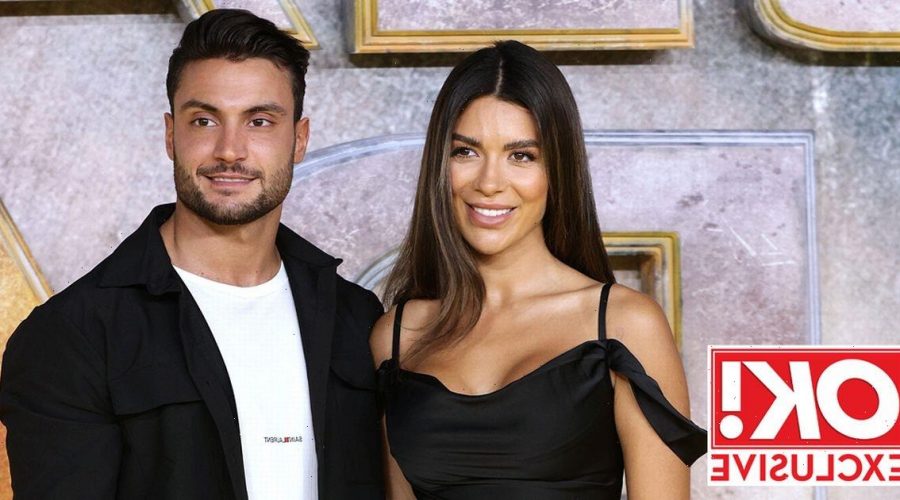 2022 was quite a year in Celebland. Molly-Mae Hague fell pregnant with her first baby, Kimye finally got divorced, both Sam Faiers and Billie Shepherd gave birth while Stacey Solomon finally said "I do" to Joe Swash.

So what can we expect from 2023? Who is set for heartbreak and which couple will make it through the year unscathed?

Who will be hearing the patter of tiny feet and who will be on a career high?

Well, we asked Sally Morgan all of these very important questions and here we bring you her predictions for the year ahead. Sit tight…

"Lauren will continue to struggle to come to terms with the grief of losing her second child, but she’ll find that she’s becoming close to a certain someone who will help her through her hard times.

"Over time, they will become her partner, but it’ll be gradual.

"She’ll have issues with her ex-partner because he’ll put demands on her, but she’ll build a new life. She’ll welcome more children, whether in 2023 or the year after."

"Tasha wants a baby – big time! She can’t wait to be a mum despite her previously admitting she wasn’t too keen.

"She and Andrew might not get pregnant next year, but they’ll certainly begin planning for one at least.

"They’re very much in love and this will continue. I can see them relocating to a beautiful farm house to settle down."

"Helen will be offered a tour with Strictly, but she’ll either turn it down or pull out early.

"She’ll go very quiet at the beginning of 2023 to process everything that’s happened to her regarding her marriage and children. She’ll realise she took Strictly on too soon and will take a break from the spotlight to wind down.

"She’ll turn down a lot of work for the sake of her mental health. She’ll focus on getting her private life where she can handle it."

"Katie will continue to have issues in her relationship with Carl Woods.

"Their relationship will continue in the on-again-off-again state that it is in now, until at some point next year, when he’s caught seeing another girl – someone younger than Katie.

"She’ll beg him to keep it quiet, but it’ll lead them to split up indefinitely. They’ll certainly never make it up the aisle.

"Katie will develop real worries about her age after that, and she’ll turn to her family to support her. They’ll be more willing to help her with Carl out of the picture."

"Molly-Mae and Tommy will get married following the birth of their daughter, but they’ll do it very privately. They’ll have a very low-key wedding.

"And though they’ve only just moved into their house, they’ll move into a brand new home after getting involved in property development.

"For some reason, I can also see her collaborating with Paris Hilton in some way. Paris will become a very prominent figure in Molly-Mae’s life."

"Despite winning Love Island, Ekin-Su and Davide will struggle to remain an item as they go into 2023.

"The pressure on Davide to stay committed to the relationship will become too much.

"They’ll put on a brave face in front of the cameras for the first few months of the New Year, but they’ll really struggle to keep making each other happy in private."

"Sam has opened up about having suffered mental health issues like anxiety in the past, and I can see that the beginning of 2023 will be quite a low patch for him. He’ll doubt himself and his position in the entertainment world.

"He won’t believe that he’s good enough at first, but he’ll overcome that with the help of his loved ones and will come to inspire his fans.

"By the end of 2023, he’ll find that decisions he made around July will make his life better.

"Zara will start a family with Sam. She’s always said she’d love children but that she and Sam weren’t putting any pressure on doing things too quickly, but I think these plans will occur sooner than they expected.

"Maybe this could be his July decision? Maybe starting a family in 2023 is what will give him his feeling of purpose back?"

"Luca will continue to feel very scattered in 2023. His break-up with Gemma happening so soon after Love Island will leave him feeling lost and unsure what he’s to do with his career.

"He’ll be offered minimal work over a long period of time, which will prompt him to go travelling in an attempt to find his place within the world."

"Maya will absolutely smash her presenting job on Love Island.

"She’ll win over the audience and will be offered an even bigger presenting role on ITV later in the year because of it."

"Following her success on Strictly, Fleur East will also be offered a tour. I’m not sure whether that’s as a singer or a dancer, but she’ll have the time of her life.

"And she’ll be offered a new recording contract."

"The GC and Rami will finally tie the knot in 2023, and she’ll have IVF to have children, but that won’t happen until the end of the year.

"She’s going to buy a property in America and will launch her own TV show over there."

"Following her split from Luca, Gemma will meet The One in 2023, and it’ll be someone that can really provide her with the extravagant and expensive lifestyle that she wants.

"He’ll be older than her – as much as five years older – and incredibly wealthy with an extremely successful business."