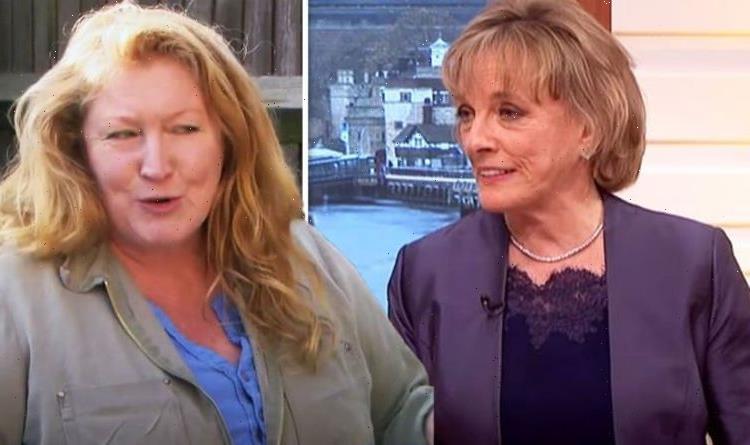 Ground Force star Charlie Dimmock, 54, has revealed that TV presenter Esther Rantzen, 81, warned her not to go braless on TV in case it gave her a reputation as “the braless one” for the remainder of her career. The gardening pro starred alongside Alan Titchmarsh and Tommy Walsh on the BBC show, which saw them transform a garden in two days as a surprise for one of its owners.

You’ll be labelled the braless one for the rest of your life!

The golden-haired star frequently caused a stir during her days on the gardening programme when she would go braless.

Looking back at the move, the star confessed that she was advised against the move by broadcaster Esther Rantzen.

Charlie said: “The TV presenter Esther Rantzen said to me, ‘You’ll be labelled the braless one for the rest of your life!'”

Despite receiving the advice, the star decided to forgo the undergarment and revealed that 15 years after the show ended, she’s still asked about her choice of gardening attire.

“Ground Force was a long time ago, and I have to say, even now, people will bring it up. It is very silly,” Charlie admitted.

The gardening expert revealed that she simply decided to abstain from wearing the undergarment as she found it uncomfortable and too restrictive when it came to moving around.

Charlie explained: “It was always just for comfort.

“If you’re swinging a sledgehammer, you want to be comfortable!” she told The Independent.

“People say, ‘Why don’t you wear a sports bra?’ But those are not the comfiest things in the world”, she added.

The star went on to add that she only wears underwear if she’s going to be undressing in front of someone – and even then, only wears garments from a specific shop.

“I only wear underwear if I have to get undressed in front of someone. So no bra,” Charlie detailed.

“And no knickers either.” she confessed, “but if I do wear knickers, they’re sort of Marks and Sparks 12-14s, because I cannot abide tight knickers.”

“I find thongs quite uncomfortable as well. So I’m better without knickers altogether,” she confided.

The BBC gardening show aired for seven years from 1997 to 2005 and attracted an audience of millions during its heyday.

Recently, the star addressed her prolonged break from TV before she appeared in Garden Rescue.

Charlie remained off-camera until making a return to TV in 2016 and in an unearthed interview, she explained why.

She said: “People think that if you’re suddenly not on telly, you’ve stopped working.

“That doesn’t happen, because we all have mortgages to pay.

“I had been on TV a very long time, but I had always been doing other things,” she revealed.

Garden Rescue is available to watch on BBC iPlayer.