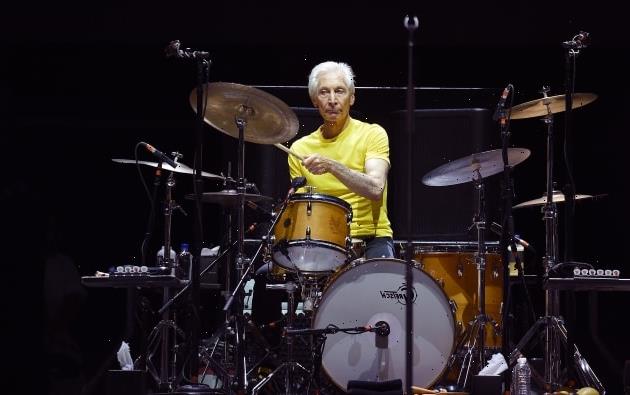 Sad news out of the music world today, as one of the most beloved drummers in the history of rock and roll has passed away.

Rolling Stones legend Charlie Watts has died at the age of 80.

News of Watts’ death was confirmed by his publicist, Bernard Doherty:

”It is with immense sadness that we announce the death of our beloved Charlie Watts,” Doherty wrote in a statement issued to the press.

“He passed away peacefully in a London hospital earlier today surrounded by his family,” the publicist added.

“Charlie was a cherished husband, father and grandfather and also as a member of The Rolling Stones one of the greatest drummers of his generation.”

The cause of death is currently unknown, but the band announced last year that Watts would miss the North American leg of their “No Filter” tour after undergoing an unspecified medical procedure.

In contrast to the edgy, swaggering style for which the Stones are known, Watts had a reputation as a soft-spoken, unassuming type whose personal style and demeanor did nothing to reveal him as a member of one of the best-known rock bands in the world.

Watts often joked that he stuck with his “day job” backing up Mick Jagger and Keith Richards only to support his lifelong love of jazz.

“When people talk about the ’60s I never think that was me there. It was me and I was in it, but I was never enamoured with all that,” Watts once said about his early years with the band.

“It’s supposed to be sex and drugs and rock and roll and I’m not really like that.”

Born during the London Blitz in 1941, Watts showed an enormous talent for music at an early age.

Though aa graphic artist by training whose first job was in advertising, Watts’ talent was such that he sought after by the biggest rock bands in London.

He joined the Stones in 1963, making him the longest-tenured member of the band behing founders Jagger and Richards.

Watts was with the band when they recorded their first major hit  “(I Can’t Get No) Satisfaction.”

He remained a crucial part of the band’s creative process as they released a string of classic albums, including Beggar’s Banquet, Let It Bleed, Sticky Fingers, and Exile on Main Street.

On Twitter, news of Watts’ has made him a worldwide trending topic.

Heartfelt tributes have been pouring in from family, friends, and a legion of devoted fans.

“Charlie was a great drummer and I loved the Stones music, they made great records.”

“The beat of The Stones. There are no words, every groove has spoken for itself,” Lenny Kravitz added.

“I first saw The Rolling Stones in 1966 in the Bay Area and have been a fan ever since,” Credence Clearwater Revival singer John Fogerty chimed in.

“Charlie Watts was one of the great drummers and will be missed. Rest easy Charlie.”

Our thoughts go out to Watts’ loved ones during this difficult time.