What does it mean to two young, gifted, and Black businesswomen to have so much creative control of their work? “Since we were young, our parents instilled in us the power to do things on our own, and not rely on people if [we’re] just as capable,” Halle says. This encouragement is what motivated them to learn instruments and produce their own music as preteens. Although extraordinary on their own, Chloe and Halle are quick to praise those who have inspired them along the way. I can tell they harbor a deep sense of sisterhood within their own circle, a tight-knit group of family and close friends with the occasional superstar thrown in. It’s galvanizing for them to see other young stars doing equally amazing things.

“I stan over Zendaya. I love her, and Normani,” Chloe says, beaming. “There are so many amazing women right now, and I’m just happy to be a part of this generation with them.” Halle agrees, shouting out Grown-ish castmates Yara Shahidi, Francia Raisa, and Emily Arlook as women who uplift them when they’re low. The feeling is mutual for 19-year-old Shahidi, who told me being part of Chloe and Halle’s atmosphere is “truly a gift.” “We share successes, challenges, frustrations, everything!” Shahidi said in an email.

“I define sisterhood as an eternal bond with your best friend,” Halle tells me. “I’m so fortunate that I get to do this with my sister every day.” She looks up to Chloe more than anyone else; after all, as an older sibling, there’s a responsibility (and sometimes pressure) to protect, guide, and set a good example. But Chloe is just as heart-eyed about Halle and lights up when talking about her. “Forget all the business stuff and the music and acting; this is my best friend,” she says. “Whenever we’re apart for 15 minutes, we’re like, ‘I miss you!’ We’re texting each other, FaceTiming. I love this one.”

I make a mental note to respond to unread texts from my sister.

“You’ll need each other one day” is something I heard a lot growing up, especially when being reprimanded for terrorizing my younger sister. And it occurs to me that Halle and Chloe might need each other even more this year. In 2020, they are each embarking on big solo projects: Chloe in the supernatural thriller The Georgetown Project, her first major movie role as an adult, and Halle as Ariel in the upcoming live-action adaptation of The Little Mermaid. For Chloe, a self-professed scaredy cat, working on the “sophisticated horror film” with the likes of Russell Crowe, Ryan Simpkins, Samantha Mathis, and David Hyde Pierce has been a real game changer.

“When I got the script, I fell in love with it. I was like, ‘I have to do this,'” Chloe tells me. The movie follows a troubled actor (Crowe) who unravels while filming a thriller, and Chloe plays an actress cast alongside him in the project. She learned a lot about herself during the production process, but more importantly, she conquered her fear of scary movies. “I know how it works behind the scenes, so now when a scary movie trailer comes on, I don’t close my eyes.”

When the topic turns to The Little Mermaid, Halle’s enthusiasm is palpable. “It’s so overwhelming, and beautiful, and breathtaking. I’m like, ‘Wow, am I really doing this?'” she tells me. When I ask what she hopes to bring to such an iconic character, Halle takes a beat. “Freshness,” she says. “Just being authentically me. It’s amazing that the directors have been so forward in asking me to show my true self . . . that’s been a really fun growing experience.” Halle also tells me that she’s most looking forward to the music (“Of course!”), and reveals that the movie will feature classics like “Part of Your World” and new songs written by composer Alan Menken, who scored the 1988 animated film. “I’ve been a fan of The Little Mermaid since I was 5, so those new songs are very exciting to me, as well as the old,” Halle says. “That’s probably like, ding, ding, ding! My number one.”

Halle’s history-making casting news was announced in July 2019 and marked a major win for diversified representation, but drew criticism from those who don’t think a Black woman should play a fictional sea creature. The defense came swiftly: Little Mermaid director Rob Marshall and Jodi Benson, the original voice of Ariel, showed support, as did Beyhive members worldwide. After spending a day in her presence, I can corroborate that Halle — with her doe eyes, dulcet-tone voice, and winsome charm — was born to play the role. I ask how she approaches the downsides that can come with celebrity. “It’s beautiful that people are tuning in to our lives and that they love what we’re doing, and I just think of them as friends,” she says, unfazed. “We ignore all of the ignorant people.”

Chloe’s older-sister senses are tingling. She sits up a little straighter. “You know when certain apps crash?” I do; a Twitter blackout is secretly one of my favorite things. “Who are you without these things, without your followers? You realize that you can’t rely on outside validation for who you are as a human being. If I think I’m amazing, then I’m amazing.”

The sisters have flourished in the industry as Chloe x Halle the duo, two halves of a preternaturally talented whole. They appear at events together, maintain joint social media accounts, and don’t have separate Wikipedia pages (though that’s certainly going to change). They’re a dream team, navigating fame by leaning on each other. Working separately allows them to stretch as individuals, but as their careers evolve, it’s inevitable that their relationship will, too. Chloe seems genuinely joyful watching Halle grow into her own. “I see it happening right before my eyes and it makes me really happy,” she says. But those feelings of pride haven’t come without a bit of loneliness, too — especially as Chloe films her first solo project.

“In the beginning I was really, really sad,” she tells me. There have been plenty of tears and, according to Chloe, plenty of text messages, too. “[Halle] texts all the time; daytime, all the time,” Chloe laughs. “To have someone who’s always in your corner encouraging you, and making you feel better when you’re down . . . it’s just such a good feeling. I’m just happy to have her as my partner in crime in life.”

Naturally, it’s also been “a little scary” for Halle, who admits that she’s been clinging to her sister over the years. Just as Chloe is the consummate firstborn, Halle fits snugly into her role as little sis, always looking to her “safety blanket.” She tells me that visiting Chloe on the set of The Georgetown Project gave her a new perspective. “I was just so proud of her, because you always want to see your beautiful sister succeed,” Halle says. “We always do those monumental things together, so when I was able to be on the outside and look in, it was really cool.” Ultimately Halle realized that — like gluing magazine cutouts to poster boards — some things don’t have to change: “Regardless of if I’m branching out, she’s always going to be there. That bond and our sisterhood will never go away.”

Though some things may be mapped out — production schedules, release dates, fishtail fittings — so much more lies ahead for Chloe and Halle. I ask where they see each other in five years. Halle springs up; she sees Chloe with every award in the book. “She’s going to flourish. What do you call it? EGOTs?” Chloe’s five-year vision includes even more plastered photos, but this time they’re of Halle, and they’re on giant billboards across the world. “I’ll be hearing her voice [singing] while walking down the street like, ‘Who is that? Oh yeah, that’s my sister. I know her. You don’t,’” she says.

The three of us laugh, but their predictions aren’t out of the realm of possibility. Their Grown-ish costars agree: actor Trevor Jackson tells me he hopes to see them collecting armfuls of trophies and “truly dominating the world.” Shahidi insists Chloe and Halle’s hard work knows no bounds and remembers them simultaneously filming season one of Grown-ish and mixing their debut album, The Kids Are Alright. “The sky is not even the limit,” she cosigned. 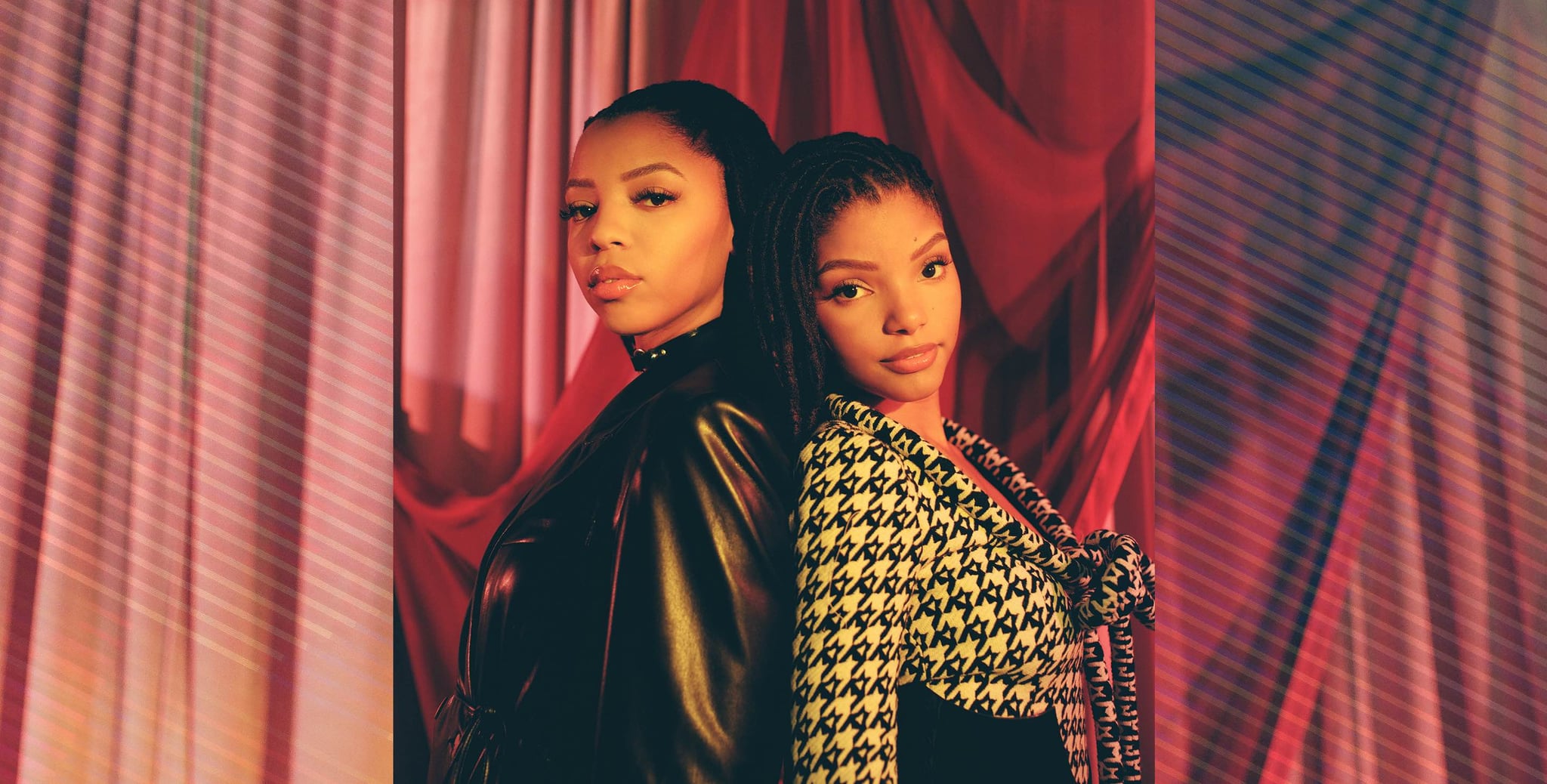 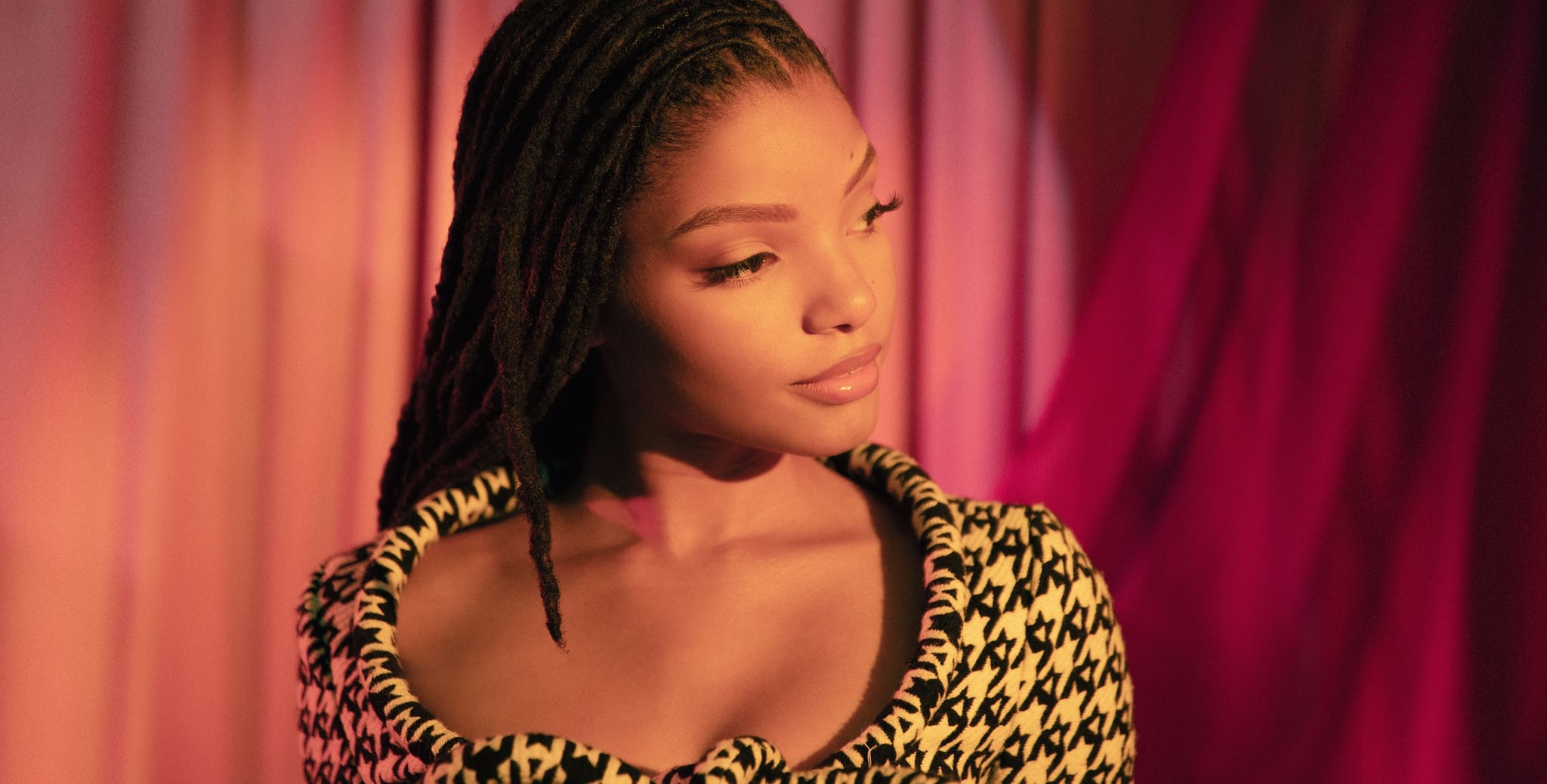 Chloe and Halle have more to shoot before the sun sets in smoky LA. It’s been a long day, but their energy is still straight-up sparkly. We wrap up our conversation, exchanging thank yous before they disappear to the wardrobe area. They’ll model more effortlessly sexy pieces from Nina Ricci and Fendi, cheerleading each other during lighting changes and eye shadow touch-ups, before the day gives way to night. As the sky changes, so does the vibe. Chloe is jetting off to North Carolina to film tomorrow morning without her sister, and they seem to be soaking up this moment in time. Things are coming to a close both on set and in their lives, chapters ending and new ones beginning. But no matter what comes next — together or separately, making music or making moves — Chloe and Halle will keep throwing paint at the wall and seeing what beautiful things come out of it.

There’s no magic formula. It’s just what we sisters do. ★