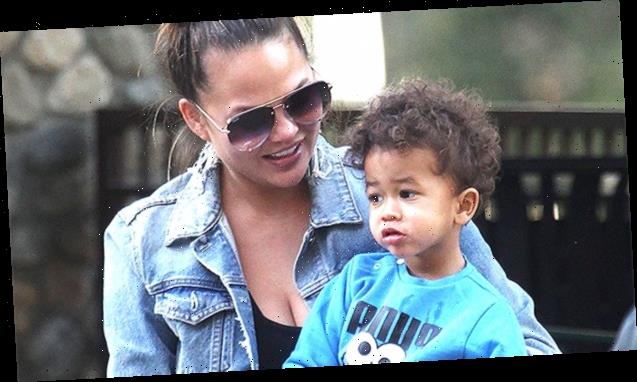 Chrissy Teigen caught her cute son, Miles, trying his very best to communicate with a friendly goat at her family Easter party. Their ‘conversation’ was clearly lost in translation!

Dr. Dolittle is shaking. Chrissy Teigen recorded an adorable video of her son, Miles, attempting to talk with the animals, walk with the animals, during an Easter party she threw for the kiddos. The clip starts with nearly three-year-old Miles watching goats, pigs, and chickens chill in a makeshift petting zoo. The goat bleats at him, and Miles responds with, “I don’t know what that means!” after bleating back.

Chrissy, 35, can’t help but burst into laughter after seeing her toddler’s cute interaction with the animal. Miles is so cute in his pastel button down, bowtie, and jeans — a total clone of his father, John Legend. Her Easter party, held on Palm Sunday (March 28) looked like a total blast. Chrissy also shared a sweet video of her four-year-old daughter, Luna, giving the Easter Bunny a huge hug before he makes the huge mistake of trying to jump on a trampoline with a bunch of excited kiddos.

Don’t worry; Chrissy made it up to the Easter Bunny by sitting on his lap and cuddling him during his break, a bottle of booze in each of his hands. Relax; it’s totally John under that (frankly terrifying) bunny costume. Thank goodness that Chrissy has kept her Instagram account active so we can all see gems like these. 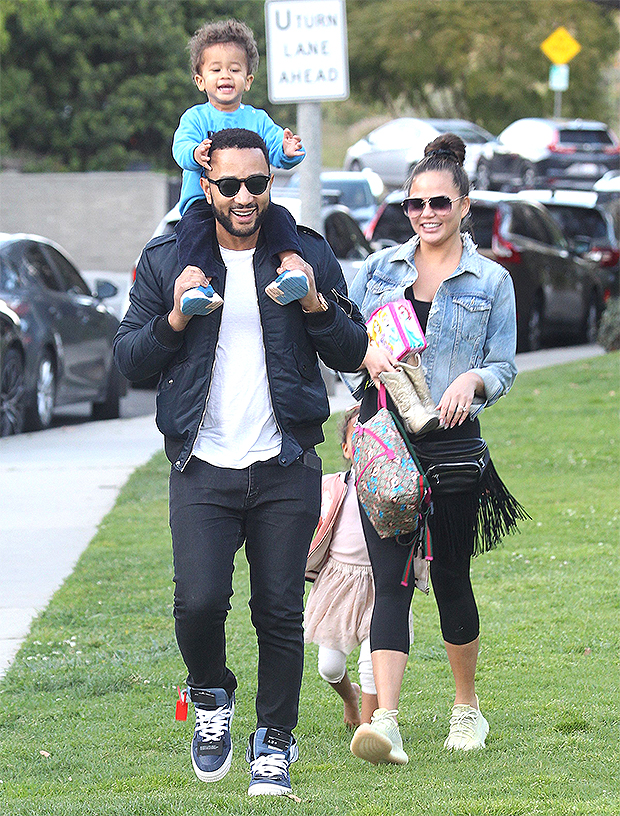 Chrissy made the decision to deactivate her beloved Twitter account on March 24 after facing a barrage of “negativity” on the platform. “Hey. For over 10 years, you guys have been my world. I honestly owe so much to this world we have created here. I truly consider so many of you my actual friends,” she wrote in one of her final tweets. “But it’s time for me to say goodbye. This no longer serves me as positively as it serves me negatively, and I think that’s the right time to call something.

“I’ve always been portrayed as the strong clap back girl but I’m just not. My desire to be liked and fear of pissing people off has made me somebody you didn’t sign up for, and a different human than I started out here as!… For years I have taken so many small, 2-follower count punches that at this point, I am honestly deeply bruised.” Luckily, Chrissy’s fans on Instagram still have her back.

29/03/2021 Celebrities Comments Off on Chrissy Teigen’s Son Miles, 2, Hilariously Tries To Talk To A Goat: ‘I Don’t Know What That Means’
Lifestyle