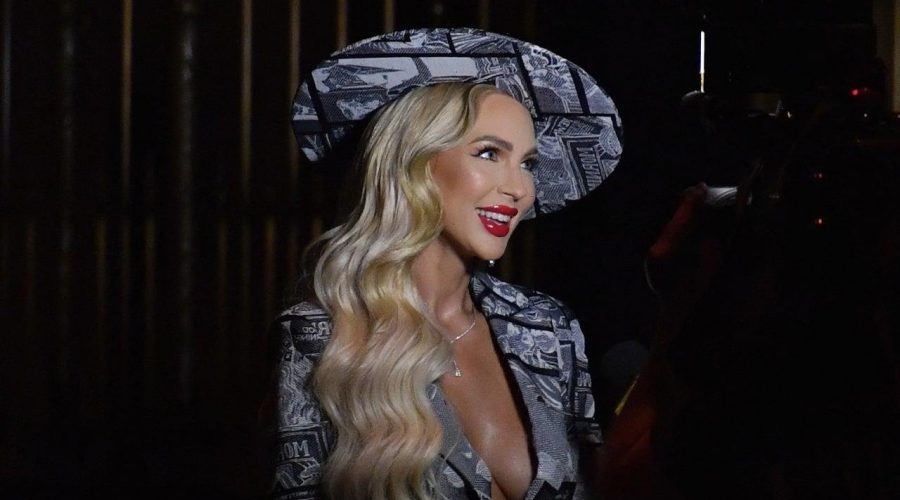 ET caught up with the reality star at Christian Siriano’s Spring 2022 show during New York Fashion Week on Tuesday, where she couldn’t help but joke about how their relationship might affect the Netflix series’ upcoming season.

“Well I think maybe Mary [Fitzgerald] doesn’t get as many listings. No, I’m just joking! I really don’t know,” Christine said with a laugh. “I think Mary and Chrishell have a very close relationship, and Mary is happy for her. Everyone is really good friends, believe it or not.”

Jason previously dated Mary Fitzgerald. There is no bad blood between the two after they split, with Mary even commenting, “Nothing makes me more excited than to see two of my closest friends together and making each other so happy!” when Jason and Chrishell made their relationship Instagram official.

A rep for Jason confirmed to ET in July that he and Chrishell were dating, saying in a statement, “Chrishell and I became close friends and it has developed into an amazing relationship. I care about her deeply and we are very happy together.”

Selling Sunset, meanwhile, is returning for a fourth and fifth season. Two new cast members were announced in May. When asked what fans can expect from the new episodes, Christine shared that it’s “gonna be a good time.”

“Hopefully by the end of the year [the new season will come out]. It’s gonna be a good time. We hope the show will be out by then,” she said. “And I think we have a lot of new cast members so we are throwing a lot of new people into the mix, into the fire.” 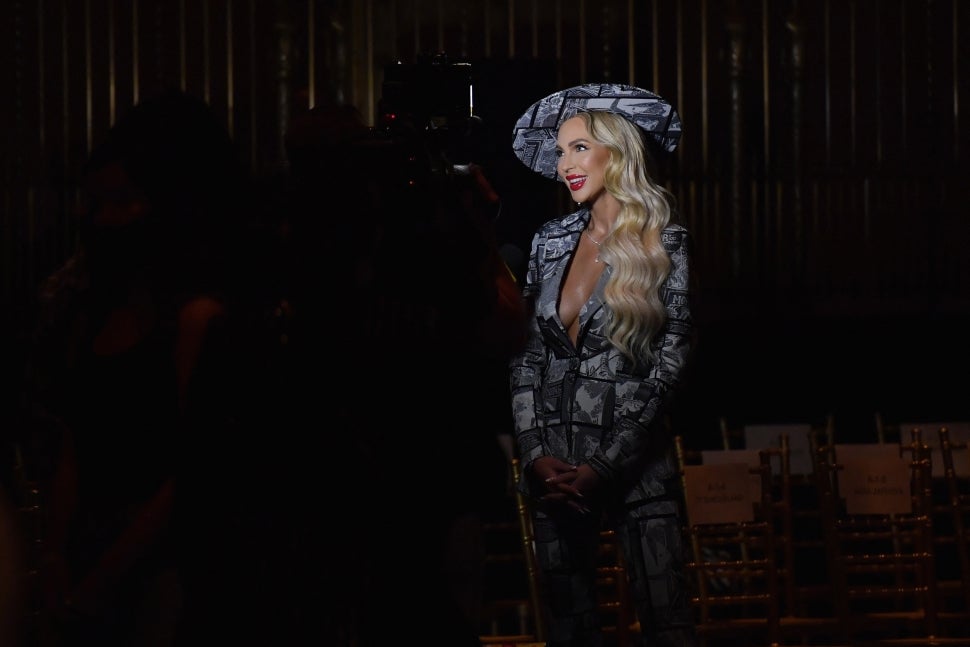 Christine, meanwhile, looked stunning in a black-and-white Christian Siriano look with a matching hat for the night.

She expressed how “happy” she was to be able to attend NYFW in person after the “disappointing” last year. “Although I loved all of the virtual shows, I felt empty and I am so happy to be back in the city,” she stated, adding how great the energy was. “To be here, I am just so excited.”

Christine also fawned over the designer’s looks, expressing, “I love all of his stuff. I have multiple suits that I have from him that I am going to wear later tonight. But I just love his dresses and the way that they flow.”

“He really knows how to make a silhouette work,” she continued. “And this suit has not been tailored at all. This is a sample size and it just fits me perfectly.”

Christine gave birth to her first child, a baby boy, in May. As for how becoming a mom has changed her style, the real estate agent said it hasn’t.

“It’s so funny because I was like, ‘You know, I’ll dress a little conservative’ and I was like, ‘Who am I kidding?!'” she said. “I’m still me, you know. So it hasn’t really changed that much.”

Christine previously spoke exclusively to ET about her hopes for motherhood. “I think I’m going to be a fabulous mom,” she said. “I’m so excited because I’m so hands-on in so many different ways … [and] I can’t wait to just love and teach my child so many things. Christian and I both have so much to offer in different ways, so I think it’s going to be a really, really great blend of just the perfect parenthood relationship.”

See more in the video below.