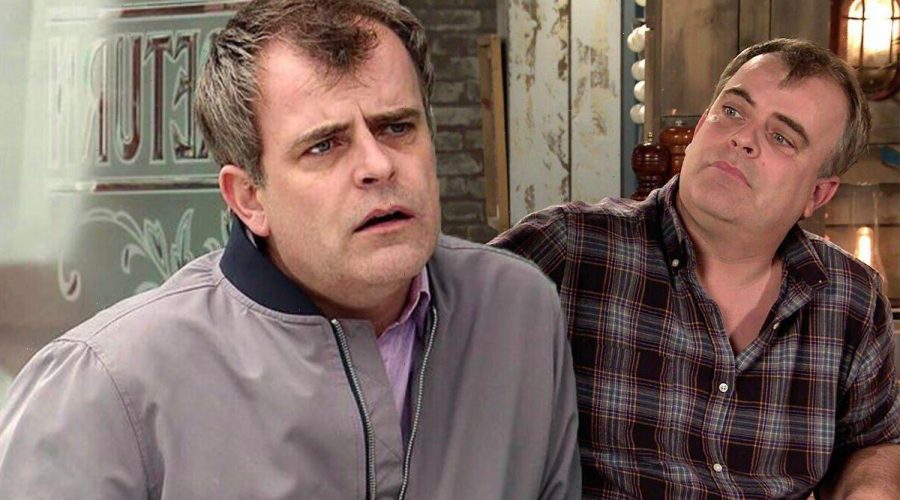 Coronation Street actor Simon Gregson has brushed off criticism from a social media user who slammed his acting abilities on Twitter. The ITV soap star hit back with a sarcastic quip, leaving fans in hysterics.

Simon, 47, is well-known for his portrayal of Steve McDonald in the popular ITV soap, which he has starred in dating back to 1989.

However, not everyone seems to be a fan, as Simon found out yesterday.

The original Tweet from Lucy read: “EVERYONE VOTE SIMON FOR BEST SOAP ACTOR FOR THE TV CHOICE AWARDS.

“We all know he absolutely deserves this,” she added, including a list of popular soap actors below.

Five years later Mark decided to weigh in, writing on Sunday: “I’ve watched every episode of Coronation Street for 58 years.

“There have never been more toe-curlingly awful scenes than when poor old Simon tries to act drunk.

Seeing the funny side, Simon replied to the tweet yesterday, simply writing: “My new agent.”

Over the course of his career, the on-screen star has received 17 awards for comedy and performance, plus a Legends of Industry Award.

Last year, the actor also proved his huge public appeal when he finished second place in the ITV series I’m a Celebrity…Get Me Out of Here!.

Simon’s fans and followers took to the comment section to share their thoughts on Mark’s harsh criticism.

While Corrie’s Tony Maudsley replied with a long string of laughing emojis.

“I completely disagree and your comedic timing is brilliant,” wrote Kay.

Another fan named Christine added: “I think Simon is the best actor on Corrie at least he brings humour instead of all the doom and gloom.”

Bea Keen wrote: “I think @simongregson123 is a fabulous actor and he brings real humour to his role and to the Street.”

While Stephen Kelly pointed out: “Funny how they assume you can’t act, which you can, otherwise you’d not have been employed as an actor for the last 33 years.” (sic)