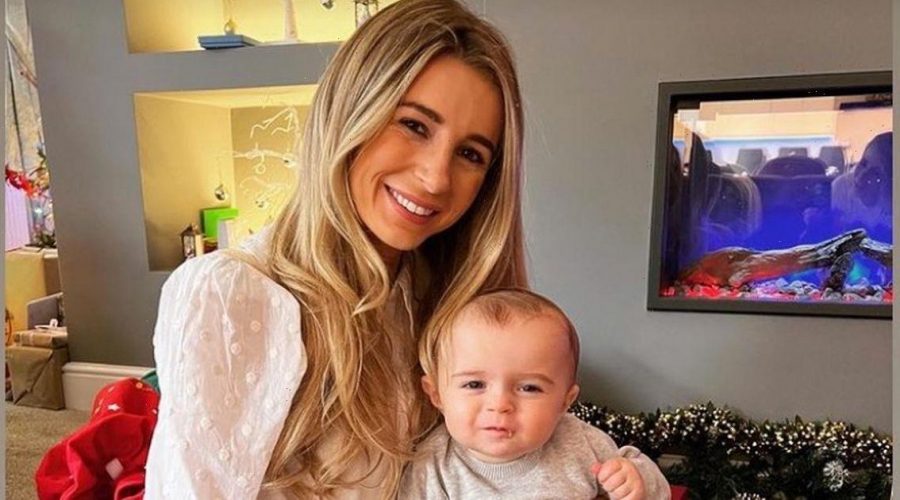 Dani Dyer hit back after she received criticism from a number of other mums over the pace of her baby son Santiago's development.

The former Love Island winner, 25, had chosen to take part in a Q&A with fans on her Instagram page when she revealed she'd been bombarded with a number of nasty comments and "negative opinions" about how long her 11 month old took to start crawling.

It came when one fan asked her to reveal which milestones baby Santi had ticked off.

"Santi has only just started crawling…" Dani, who recently opened up about "learning on the job" after having her son, replied.

"He waves and claps his hands, but every baby is different, I had a few mums with the negative opinions on how their baby was crawling by six months.

"And there is NO need to ever compare babies, they are all at their own pace," the social media influencer said firmly.

Dani, who shares Santi with her jailed ex-boyfriend Sammy Kimmence, went on to say that her adorable little boy is gradually getting there as he has "started pulling himself up on the sofa".

Ahead of of the Q&A, actress and mum-of-one Dani had already given her followers a snapshot of Santi’s development with a video of him trying to crawl.

"The dragging himself around the floor has started. Like a seal,” the star captioned her post, which showed the tot doing his best to use his arm strength.

Dani encouraged and cooed her son, who will celebrate his first birthday very soon, to keep going.

The reality TV favourite also took the opportunity to fire back at other judgemental parents in her Q&A, as she insisted “nobody is perfect”.

“It's more of a reflection on them,” the star told her fans. "I would never feel the need to judge someone on anything.

"Everyone's got their own stuff going on and sometimes it's better to keep your opinion to yourself.

“Nobody is perfect,” Dani added, going on to chat about feeling “emotional” as she gears up for her baby turning one next year.

"Sooo emotional. Can't believe he is turning one… very cliche but the time has just flown by," she shared.

After a difficult year, Dani recently found happiness once more with footballer Jarrod Bowen, whom she is currently dating.

The mum-of-one shared she is incredibly happy with her "lovely and genuine" new beau.

For all your latest updates on Dani Dyer and other reality TV stars, sign up to OK!'s daily newsletter.