David Beckham and all three of his sons spent a night of quality time together this week as they got spooked at a Halloween fair ground in LA today. 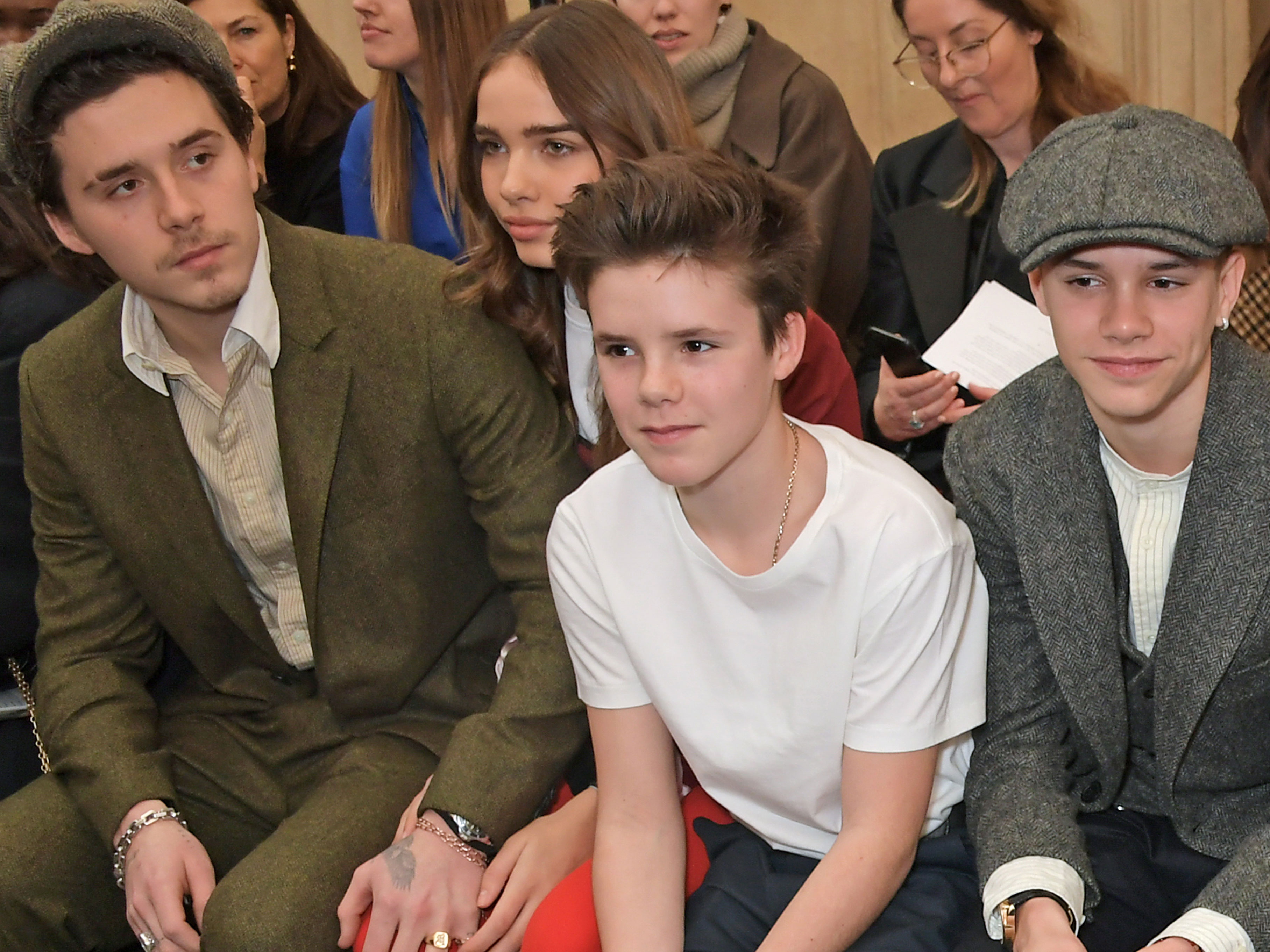 The footballing legend and the eldest of his brood, Brooklyn, 20, Romeo, 17, and Cruz, 14, headed to the Haunted Hayride in Los Angeles to get into the scary October spirit.

Posing for an adorable snap with his boys surrounded by cobwebs and pumpkins, David penned, ‘Boys night out at the Haunted Hayride @lahauntedhayride Amazing as always ? @brooklynbeckham @romeobeckham @cruzbeckham.’

While wife Victoria and youngest daughter Harper were nowhere to be seen, fans of the Beckham clan quickly swooned over the family pic.

The sweet lads night out comes after it was reported that oldest Beckham boy Brooklyn is dating a new lady who looks seriously similar to his mum.

It has even been alleged that his new bae, model Phoebe Torrance, once worked as a Victoria Beckham impersonator to fund her through uni life.

MORE: Victoria Beckham just did something she’s never done before and fans can’t believe it

Lost when you look into my brown eyes

According to The Sun, a source close to Brooklyn said the resemblence between his new girlfriend and his mother has caused a spot of teasing amongst friends.

The insider claimed, “Bizarrely though, from a certain angle she does look terrifyingly like his mother, Victoria. A few of his friends have teased him about it but Brooklyn is adamant that there is nothing ‘Oedipal’ about it – or words to that effect.

“Phoebe told pals that she actually did a few jobs as a Victoria lookalike in her early modelling days, the money of which helped fund her university course. Presumably she never thought she might one day meet her idol.”