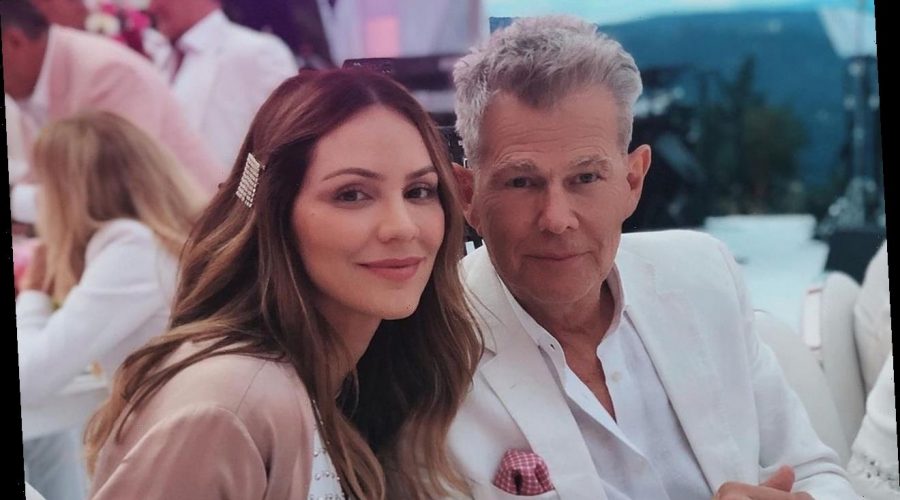 According to the ‘American Idol’ alum, her husband has been left ‘kind of annoyed’ with her for going public with their newborn son’s name on TV interview.

AceShowbiz -Music mogul David Foster was “kind of annoyed” with his wife Katharine McPhee for going public with their newborn son’s name on TV.

The singer/actress became a first-time mother last month (Feb21), but only revealed the moniker chosen for their baby boy this week, as she pre-taped an appearance on U.S. breakfast show “Today“.

Admitting Foster may not be best pleased, McPhee said, “OK, well, his name, we haven’t said anything. My husband probably will kill me for saying it, but his name is Rennie David Foster.”

As predicted, the musician wasn’t happy. “My husband was kind of annoyed,” she confessed on “The Jess Cagle Show“. “I said, ‘What was I supposed to say (when asked)? Nothing?’ “

The new mum also didn’t want to purposefully keep fans in the dark.

“We don’t want to be, like, that pretentious over the name,” she shared, although McPhee can understand Foster’s reaction, adding, “It’s the only kind of thing you can hold onto that feels private.”

During the “Today” show chat, which will air on Friday (19Mar21), McPhee explained they only picked Rennie after their son was born.

“We had a couple names, but my husband was on a text chain with his sisters and one of his sisters suggested an old family name,” she said.

“It was his great-grandfather’s name, his great-uncle’s name, so it has a long history in his family. My husband said, ‘Hi, Ren Foster,’ and so we said, ‘That’s a good name. It’s a strong name.’ “

McPhee, who turns 37 next week (25Mar21), also gushed about her new role as a mum, describing it as “the sweetest.”

The baby is Foster’s sixth child – he already has five adult daughters from previous relationships.